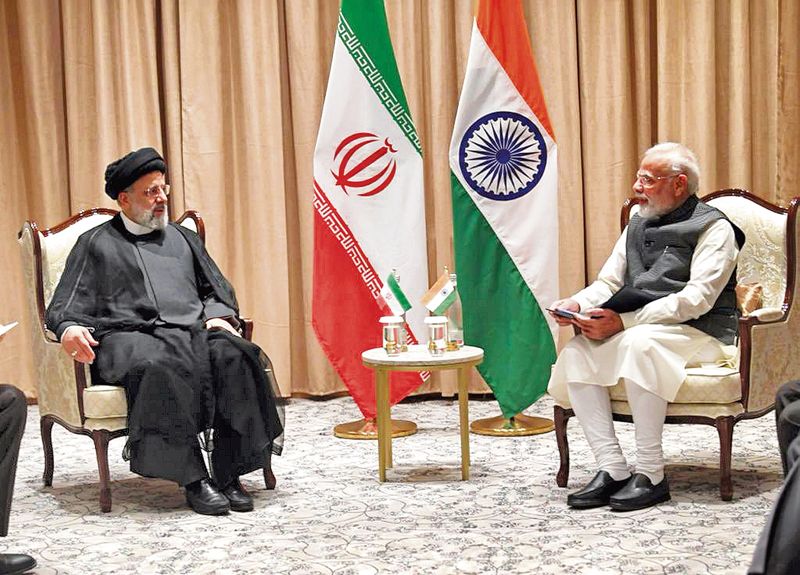 Addition: India has welcomed the entry of Iran into the SCO and improvement in Tehran’s relations with its Arab neighbours. PTI 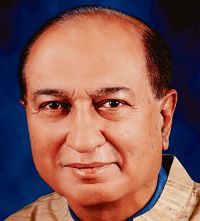 India has, in recent years, extended its strategic frontiers beyond its maritime boundaries to areas across the Strait of Malacca to its east, and the Strait of Hormuz to its West. There is a distinct focus of New Delhi on its relations with the oil-rich Gulf countries and with former Soviet Central Asian republics. Ties with these countries have grown significantly during the past decade. New Delhi’s ties with ASEAN members and other countries, like Australia, Japan and South Korea, across the Strait of Malacca, are growing steadily and assuming new dimensions. India has also significantly strengthened economic and maritime cooperation with Arab states, extending from the UAE to Saudi Arabia, while maintaining cordial relations with Iran.

The F-16s, equipped with advanced missiles, were used to shoot down an IAF jet during the Balakot episode. The US announcement can only be described as astonishing.

India has, nevertheless, adopted an independent approach to its policies across Eurasia. It has partnered with Russia and China in the Shanghai Cooperation Organisation (SCO). At the same time, New Delhi has joined the US, Japan and Australia in Quad — a partnership extending across the Indo-Pacific. It is also a member of the U2I2, including the US, UAE and Israel. Quad and U2I2 have distinct security dimensions. The focus of international attention has, in recent days, been on the SCO, comprising China, Russia, India, Kazakhstan, Kyrgyzstan, Tajikistan and Uzbekistan. India is set to host the SCO summit next year in Delhi.

The summit, held recently in Samarkand, provided a useful opportunity for India to reach out to Russia, its former Central Asian republics, Iran and China, which are located across the Eurasian landmass. PM Modi spoke about dealing with challenges posed by recent events, including the conflict in Ukraine. During his meeting with President Putin, Modi spelt out his concerns at the impact of the conflict on crucial food, fuel and oil supply chains across Asia and Africa. He pointedly stated: ‘I know today’s era is not an era of war’, while noting that the Ukraine conflict had to be resolved through ‘democracy, diplomacy and dialogue’. He added: ‘The biggest worries before the world, especially in developing countries, is food and fuel security and fertilisers. We must find ways around these problems, and you will also have to consider it.’ These developments indeed provide an opportunity for India to step up agricultural exports, as it has proposed to do in the U2I2 agreement.

Interestingly, Putin acknowledged that Xi Jinping had misgivings and concerns about the conflict in Ukraine.

India has made its stand on the conflict and the role of major powers quite clear. There is little chance of New Delhi changing its approach on relations with major powers like the US, China and Russia. India has welcomed the entry of Iran into the SCO and improvement in Iran’s relations with its Arab neighbours. That process appears to be underway, in a measured manner, in Iran’s relations with Saudi Arabia, the UAE and other major Arab countries. Moreover, despite some recent reservations on the approach of the Biden administration, New Delhi’s ties with the US remain largely unchanged.

Putin’s reply to Modi’s comments was interesting. He noted that Russian supplies of fertilisers to India had grown eight times, while large-scale joint projects in the oil and gas sectors and nuclear power industry were being satisfactorily implemented. He said India’s rich history and ancient culture have traditionally been of great interest in Russia. He suggested moves to intensify the negotiation process on a bilateral agreement for visa-free tourist travel. The positive tenor of his remarks is important. India is presently getting substantial supplies of oil, fertilisers and natural gas from Russia at very competitive prices, which plays a positive role in its economic progress.

Despite differences on their approach to relations with Russia, India’s ties with the US have continued to grow, even though eyebrows have been raised in New Delhi on some aspects of existing US policies. Most notable among the recent differences has been the supply of US weapons and defence equipment to Pakistan. On April 14, the Pentagon announced that the Biden administration had agreed to a $450 million deal to supply Pakistan with spares and equipment for the F-16 fighters it has supplied to Pakistan. The US spokesman proclaimed: ‘Pakistan’s F-16 programme is important for the broader United States-Pakistan bilateral relationship,’ and added, ‘the F-16 fleet allows Pakistan to support counter-terrorism operations and we expect Pakistan to take sustained action against all terrorist groups.’

The F-16s, equipped with advanced AMRAAM missiles, were used to shoot down an Indian Air Force fighter jet during the Balakot episode. That is an issue which will remain etched in Indian minds. The US announcement can only be described as astonishing. It, however, constitutes a typical example of what one should expect from the Biden administration. Biden is known to have a fondness for Pakistan’s ‘four-star Generals’ from the days he was Vice-President in the Obama administration. He travelled all the way from Islamabad to the Pakistan army’s headquarters at Rawalpindi to call on the then army chief, General Kayani, in 2011. The Biden administration’s recent announcement of military assistance to Pakistan comes four years after President Trump rejected a proposed $2 billion deal on US military assistance to Pakistan. Trump had no illusions about Pakistan’s support to terrorist groups operating against India, which also had links with the Taliban. Biden, on the other hand, appears to have high regard for Pakistani Generals.

Pakistan-US relations are today guided and administered, not by Pakistan’s political leadership, but by its army chief, General Bajwa, with whom US officials deal happily, readily and regularly.