India must keep an eye on Afghan affairs

The Taliban are unlikely to go in for an enduring ceasefire unless the nature of power-sharing is finalised. That is the focus of attention of the Kabul political class too. President Ashraf Ghani has alienated a large number of its prominent members. So, it is unlikely that he will have sufficient support for Afghan security adviser Hamdullah Mohib’s desire that the Taliban join the govt. 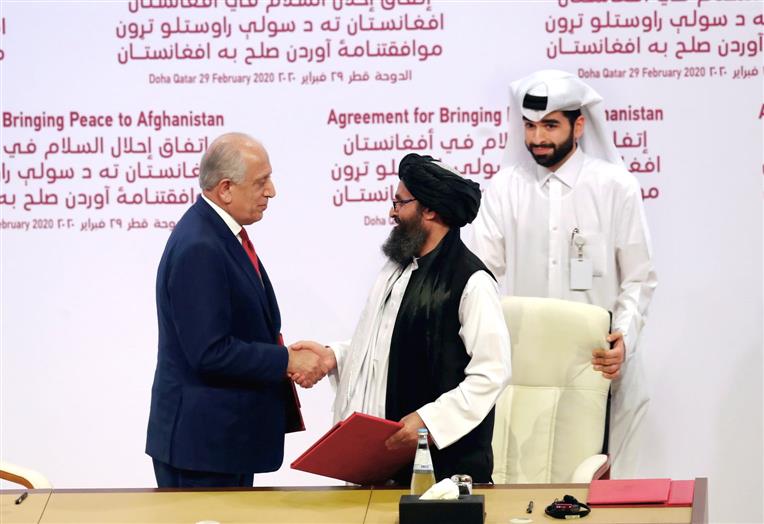 PEACE-MAKING: The Taliban would like an interim govt in which it has, at least, an equal role. Reuters 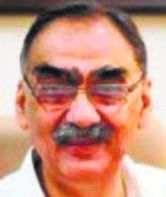 ON December 2, the two parties to the intra-Afghan dialogue worked out, in the words of America’s special representative for Afghan reconciliation Zalmay Khalilzad, a “three-page agreement codifying rules and procedures for their negotiations on a political roadmap and a comprehensive ceasefire.” He added, “This agreement demonstrates that the negotiating parties can agree on tough issues.”

Peace-making negotiations can get bogged down in difficult procedural difficulties; that would have been the case in this instance. The extent of these problems can be gauged from the need to reconcile the vastly differing nomenclatures used in the two separate ‘joint’ US-Afghan government and US-Taliban documents issued on February 29 this year.

The US declaration with the Afghan authorities was with “The Islamic Republic of Afghanistan, a member of the United Nations and recognised by the United States and the international community as a sovereign state under international law….” But the agreement with the Taliban stated that it was between the US and “The Islamic Emirate of Afghanistan which is not recognised by the United States as a state and is known as the Taliban….”

The agreement on procedures has not been disclosed, but the two sides have been able to find a way to address this thorny issue. One report indicates that they agreed to drop their preferred formulations to proceed. If true, it does reflect the government’s weakness and a climbdown from the formulation used in its declaration with the US.

This also demonstrates the reality that these talks are not between a government and a weaker insurgent group but between, at best for the Afghan government, equals.

Kabul’s weakness was indirectly admitted on December 2 by General Mark Milley, chairman of the US joint chiefs of staff. In an interaction with a think tank, Miller admitted that a ‘strategic stalemate’ had prevailed in Afghanistan for many years with the Afghan government unable to defeat the Taliban, and the latter not able to beat the Afghan authorities “as long as we were supporting the government.”

Trump has decided to reduce the US troop presence in Afghanistan by January 15, 2021, to 2,500 soldiers who would be based, according to Milley, in “a couple of larger bases with several satellite bases.” US troops will continue to train Afghan security forces and assist in its counter-terrorism efforts. Milley said that after January 20, 2021, the US contingent’s mission will be decided by the incoming administration; Biden would assume presidency on that day. It is unlikely that he will seriously modify decisions relating to US army presence or its role in Afghanistan, though he will accord greater salience to human rights in the political system that is to eventually emerge from the Taliban-Afghan government dialogue.

The Afghan army has hardly succeeded in controlling violence and terrorist acts with the present number of US soldiers; so, its ability to effectively deal with them with a decline in US force levels will be further impaired; therefore, the emphasis by the US and the Afghan governments to give priority to securing the Taliban’s agreement to a ceasefire. That is reflected in the government team’s demand in the talks currently under way in Doha on finalising the agenda.

The Taliban are unlikely to go in for an enduring ceasefire unless the nature and shape of power-sharing is finalised. That is the current focus of attention of the Kabul political class too. President Ashraf Ghani has alienated a large number of its prominent members. So, it is unlikely that he will have sufficient support for Afghan national security adviser Hamdullah Mohib’s desire that the Taliban join the government. Mohib recently said, “The Afghan government is negotiating with the Taliban to find a political solution to include the Taliban in the government…”

The Taliban would like an interim government in which it has, at least, an equal role. It would not be bothered if the Islamic Republic’s Constitution puts constraints in the making of such a government; nor, also would a large section of the Kabul political class. The issue would be who would head such a set-up.

There are many names doing the rounds in Kabul, some of well-known technocrats and administrators, others of seasoned political figures. It will not be easy to settle on a name without outside pressures — from the US on the Kabul political forces and Pakistan on the Taliban. The US and other NATO countries have and continue to lean on Pakistan to get the Taliban to adopt constructive approaches. It has influenced the Taliban and would, therefore, expect that its concerns relating to Afghanistan are taken on board by the US and NATO countries. These include its views on India’s role in that country. Pakistan has exaggerated ideas of India’s desire or ability to harm its interests from Afghan territory, but the Pakistani security establishment is obsessed about India’s presence and actions in that country.

India has moved to reinforce its contacts with political leaders of the erstwhile Northern Alliance; some have made publicised visits to Delhi. These include Dr Abdullah, Uzbek leader Rashid Dostum and Ata Mohammad Nur, the influential Tajik personality. It has also acknowledged the Taliban through its presence at the start of the talks of the Afghan parties in Doha in September.

This is not enough. It must shed its inhibitions and meaningfully engage the Taliban despite its deep Pakistani connections. India has to keep an eye on Afghan developments, for events are on the move even in these fading weeks of the Trump administration.