Strategic instability is to be expected, especially when there is a large size differential between two nuclear-armed countries, as is the case between India and Pakistan. Conversely, striving for strategic stability is good for avoiding war. But this has no single end-state and requires careful attention, one new weapon system at a time. Seeking an edge over the opponent is more dangerous when official statements show peace is fragile and rhetoric is high during moments of tension. 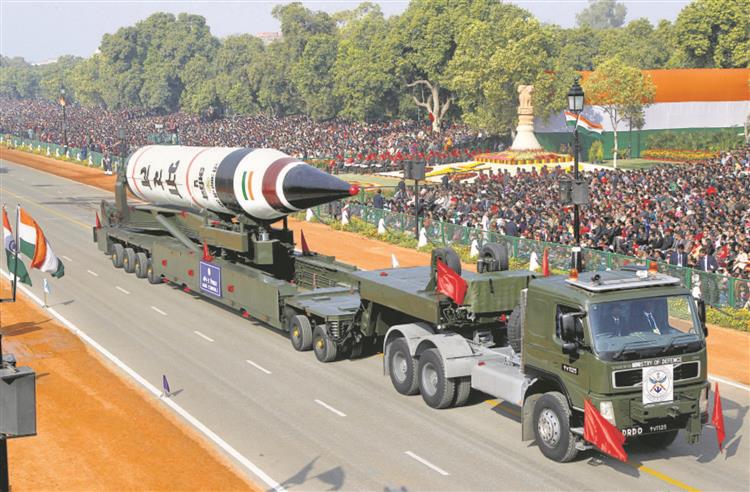 At odds: A nuclear exchange would have grave consequences for both nations. Reuters 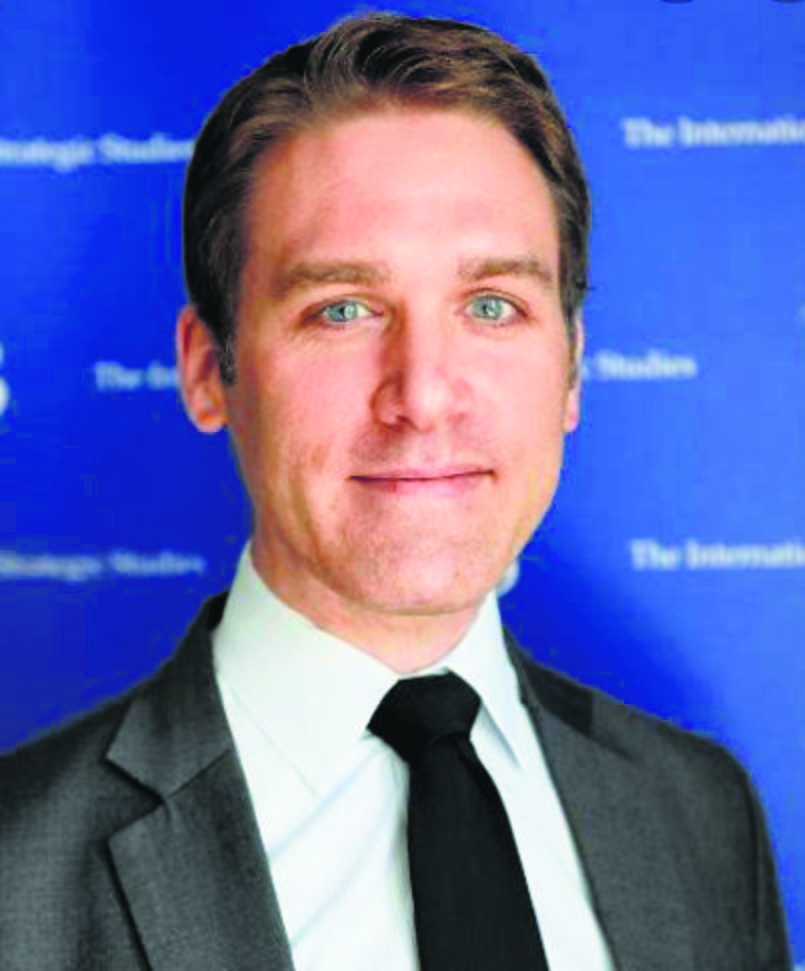 OPEN government assessments of the state of India-Pakistan deterrence are rare. A recent US intelligence overview considered a ‘general war’ between the two countries ‘unlikely’, although ‘heightened tensions’ remain a ‘concern for the world’, raising the risk of ‘conflict between the two nuclear-armed neighbours’.

While awaiting the first major statement on South Asia by US President Joe Biden’s administration, the words of the previous administration’s Secretary of Defence, spoken last July, are still relevant. I had asked specifically about the nuclear and crisis stability. The six-sentence answer repeated three times that the matter was under close US observation. On short-term prospects for escalation, the statement was categorical: ‘I don’t see any indications right now that’s happening at all’.

Ten months on, there is indeed no imminent crisis. Since February, there are even signs and reports of decreased, rather than increased tensions.

Yet today, a new analysis published by the International Institute for Strategic Studies (IISS) provides comprehensive evidence of the persistence of major unresolved sources of instability at the heart of the India-Pakistan nuclear deterrence relationship, 23 years after they overtly tested nuclear weapons.

There exist grave deficiencies and asymmetries in the nuclear doctrines of India and Pakistan, which are compounded by mutual disbelief, existing and emerging military capabilities, and the prolonged absence of related dialogue mechanisms.

There is no indisputable yardstick to judge a nuclear doctrine. Yet a universal perspective is possible: with nuclear weapons, necessity and proportionality, as cornerstones of the laws of war and civilised conduct outweigh claims of regional or cultural exceptionalism. Moreover, nuclear doctrines, while not immutable, are designed to last. They carry weight and deserve respect.

Strategic instability is to be expected, especially when there is a large size differential between two nuclear-armed countries, as is the case between India and Pakistan. Conversely, striving for strategic stability is good for avoiding war. But this has no single end-state and requires careful attention, one new weapon system at a time. Seeking an edge over the opponent is more dangerous when official statements show peace is fragile and rhetoric is high during moments of tension.

In the specific case of nuclear doctrines of India and Pakistan, textual analysis finds these are not symmetrical. Most worryingly, neither side believes the other side’s core tenets. Doctrines suggest a scenario in which both sides could use nuclear weapons disproportionately. Meanwhile, that India’s no-first-use commitment is a bedrock of its policy is not in doubt.

Capabilities-wise, in conventional weaponry, neither side has a qualitative edge, even if India outdoes Pakistan by every measure of quantity. Based on numbers of nuclear warheads only, the growing arsenal sizes of both are broadly equal as far as can be determined. India and Pakistan claim to already possess sufficient weapons to ensure a robust, largely stable mutual nuclear deterrence. Both have a fledgling capability to mobilise enough nuclear weapons to strike back after being struck. But neither can yet launch a first strike against the other’s military with any assurance of success.

Each is developing new missile types in addition to India’s seven and Pakistan’s nine nuclear-capable missile designations in service. Apart from the high cost of the arms race in the post-pandemic era, nuclear expansion casts doubt on their stated policies of having minimally-sized nuclear arsenals.

Beyond, India and Pakistan seek relevant technologies and capabilities in the naval or space domains. Sober analysis can identify which threshold capabilities may or may not become actual military options. But the strategic whole is arguably greater than the sum of the parts: India and Pakistan may continue to dangerously undermine each other’s defence under the nuclear threshold and this could further affect future crisis stability negatively.

Meanwhile, crisis triggers persist. In February 2019, tensions saw India and Pakistan make unprecedented use of airpower in each other’s territory. The uncomfortable truth is that, based on what is known, chance played an ameliorative role in this episode. Whichever the lessons learnt from past crises, India and Pakistan are in uncharted territory requiring enlightened judgement.

The diagnosis is incomplete without considering the manifest fatigue in both capitals about confidence-building measures (CBMs). Over a dozen past agreements remain in place, an often unsung achievement. But CBMs have in-built limitations and a chequered history in South Asia. Not one has been adopted in the prolonged diplomatic lost decade since the 2008 Mumbai attacks. Yet enabled by top-level political will, CBMs can lay a foundation upon which trust can grow.

Overall, these many challenges to nuclear deterrence stability do not mean that the proverbial next crisis between India and Pakistan, one major terrorist attack away, will necessarily hit the nuclear threshold. But they make it more likely that the situation may come close to it. India and Pakistan could stumble into using their nuclear weapons through miscalculation or misinterpretation.

The stakes keep rising. A nuclear exchange would have catastrophic consequences for the two countries, including appalling ones for human security. Economically, even compared to the cost of the Covid-19 pandemic (both countries’ worst post-independence economic shock), the damage from nuclear use would likely be several times higher.

For onlookers, the use of a nuclear weapon for anything else than the tallest order of national interest — to ensure survival of the state — would be entirely unacceptable because the effects would be multidimensional and uncontainable, well beyond the breach of a norm in place since 1945. Among others, the hit to the global economy would be severe and systemic.

The UK, during the 2001-02 tensions, conservatively estimated at £20 billion the hit to its economy from a nuclear use in South Asia. In today’s currency and context, this figure alone might translate into nearly two- thirds of what that country is spending, supporting individuals and families in the pandemic.

Wider damage, however hard to assess, would be commensurate to India and Pakistan’s joint rising share of global GDP and trade over the last generation. A recent US intelligence report suggests a doubling of India’s share of world GDP by 2040, lifting it to the third position, from sixth today. Since India now discusses technology and supply chain resilience at the Quad high table with the US, Japan and Australia, the future shared costs of a disruption from an imprudent or mistaken use of nuclear weapons in the region could rise even higher.

Growing consensus on seeing Asia through the Indo-Pacific lens is also reshaping the matter. China’s evolving profile as a nuclear-weapons state compounds India’s security challenges. But control over the drivers of the India-Pakistan nuclear deterrence and stability equation remains almost entirely in the hands of leaders in New Delhi and Islamabad. Yet implications for crisis management are unclear.

With such facts and many more, this situation and its policy implications become more widely accessible. For its part, the report concludes neither India nor Pakistan can afford to be complacent. Only they can choose to creatively overcome the challenges to nuclear deterrence stability. To this end, the study proposes 15 measures India and Pakistan’s leaderships can choose from to prioritise nuclear stability, without conceding that each can deter the other; that nuclear weapons are instruments of last resort, and mutual vulnerability can be a factor of stability.