India struggling to stay relevant in Afghanistan : The Tribune India

With India now seen to be firmly in the American camp, it finds itself forlornly outside the Kabul tent. Tehran, under the new government, seems to be distancing itself from New Delhi, and Moscow will not play doubles with India. So, the combined challenge from China and Pakistan, aided by the Taliban, is on India’s radar. The proposed NSA meet will do little to salvage India’s credentials as a pivotal player in Afghanistan as it will not change the geography. 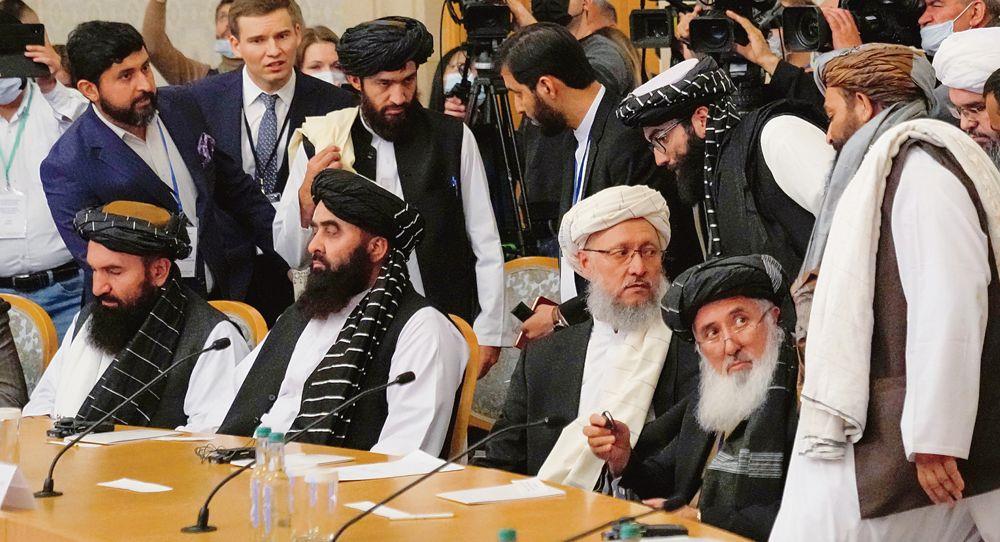 Increasing woes: Iran did not invite India for a conference on Afghanistan and its neighbouring countries because the atlas does not show it as one. Reuters

While India considers itself a contiguous neighbour and key influencer in Afghanistan, Russia and Pakistan do not and the US has been equivocal. Although India and China have collaborated on a joint project for Afghanistan, Beijing’s attitude towards New Delhi has changed dramatically after the confrontation in east Ladakh and the US withdrawal from Afghanistan.

Still, India is struggling to keep itself relevant to a Talibanised Afghanistan by grudgingly accepting the ‘new reality’ there, engaging with the Taliban and organising the third meeting of regional National Security Advisers on November 10. Pakistan has rejected the invitation, calling India a ‘spoiler’ in Afghanistan, while China has not responded. Islamabad considers any engagement with New Delhi as legitimising the latter’s role there.

But India’s historical strategic investment in Afghanistan cannot be ignored. India’s woes increased when friend Iran did not invite it for a conference on Afghanistan and its neighbouring countries in the last week of October because the atlas does not show it as one. A clear distinction is being made between immediate neighbours and regional players.

As Afghanistan’s humanitarian crisis mounts, Russia and China lead the appeals to the international community to help Afghanistan in development. Chinese Foreign Minister Wang Yi, at the Tehran meeting — the second among neighbouring countries — said the new Kabul leadership is keen to engage with the world.

Russia, meanwhile, told Afghanistan’s neighbours not to host US and NATO bases in the region. Kremlin is worried that Islamic radicalisation could spill over into its backyard in the Central Asian Republics, where China has secured a military base in Tajikistan. This will create friction between the two allies.

The third meeting of the regional neighbours is to be hosted by China next month. China's principal concern is about the ETIM crossing through Afghanistan's Badakshan province into Xinjiang to prevent Afghanistan-China joint steps which were initiated, like joint patrolling, and Chinese funding for Afghan mountain troops. But all that ended with the fall of Kabul and the disintegration of security forces. New instruments and methodologies are being worked out.

Transactional Beijing is reluctant to loosen its purse strings and has given $31m in aid, but has made the most noise. It wants stability before it puts money in projects. Security of the CPEC is vital and preventing a spillover of security risks is essential. It wants the Taliban to make a clean break with terrorism and sever affiliation with terror groups, which will be most difficult as they helped it in seizing Kabul. China’s political cover at the UN is indispensable for the Taliban.

The Iran conference was the first after the Moscow format's third meeting, also last month, which India attended. Excluding India from the neighbours' conference has led to speculation that India-Iran relations are getting frosty, especially after New Delhi's recent joining of the West Asia Quad: the US, India, Israel and the UAE, a grouping to prevent Russia-China securing strategic space in the region. India’s prospects of developing the Chabahar Port and the International North South Transit Corridor would be negatively affected.

The jockeying for space in west and east Asia after the US withdrawal from Afghanistan has gained momentum with the birth of the new Quad and AUKUS. In addition, the EU’s revised Indo-Pacific strategy and Britain’s recent seven-month foray with the Queen Elizabeth carrier task force in Indo-Pacific waters make a formidable network of mechanisms for the containment of China.

In Kabul, the spectre of state collapse is visible: banking and health systems barely functional, inability to pay electricity bills and civil society confused with reverse transformation from a liberal regime to a fundamentalist one. Suicide bombers were recently paraded and their families feted by Interior Minister Sirajuddin Haqqani, who carries a $10-m bounty. Women have been recruited into Taliban ranks to counter propaganda about the persecution and segregation of women and minorities. The statement of the education minister — who is the expert on making sticky bombs — that degrees are not required vies with the edicts on Sharia issued by the Ministry of Vice and Virtue.

Nearly three months on, no country has recognised the Taliban regime, as shipments of humanitarian aid make their way to Kabul. The WHO has released $66m for public health when $200 m is required annually. The EU has pledged $1,200 m and $144 m in humanitarian assistance. The method of distribution of aid is proving to be a hurdle.

The Iran conference that excluded India categorically rejects New Delhi calling itself Afghanistan’s neighbour. New Delhi has repeatedly stated that the welfare of the Afghan people is its top priority and that Afghans reside in our hearts is often heard. India has prepared a consignment of 50,000 metric tonnes of wheat, fortified biscuits and medical assistance for dispatch. India’s contact Taliban Deputy Foreign Minister Abbas Stanekzai (a graduate of the Indian Military Academy, Dehradun) has gone missing — he has probably slipped into the UAE — reflecting that internal conflict among the Taliban continues.

With India now seen firmly in the American camp, it finds itself forlornly outside the Kabul tent. Tehran, under the new government, seems to be distancing itself from New Delhi, and Moscow will not play doubles with India.

So, the combined challenge from China and Pakistan, aided by the Taliban, is on India’s radar, especially regarding J&K. The proposed NSA meet will focus on UNSC Resolution 2593, which emphasises no spillover of radicalisation and terror from Afghanistan and was passed under India’s presidency of UNSC. However, it will do little to salvage India’s credentials as a pivotal player in Afghanistan because it won’t change the geography.