India wary of instability in Myanmar : The Tribune India

India wary of instability in Myanmar

In view of the Chin rebel issue and the unresolved Rohingya crisis, it would be prudent to promote increased military training between India and Myanmar. India could offer it operational training in MiG-29s, Su-30s and Mi-35s with suitable inter-governmental quid pro quo. 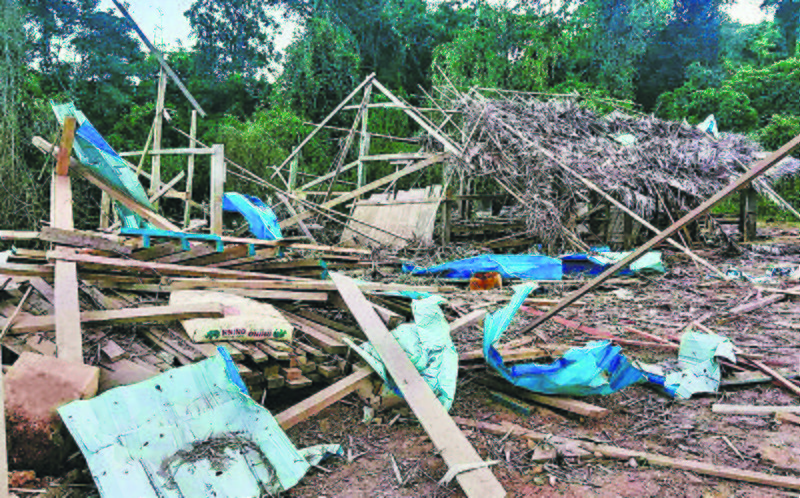 Panic: The Myanmar military’s bombing of a key rebel camp on its border with Mizoram has caused fear among residents. AP 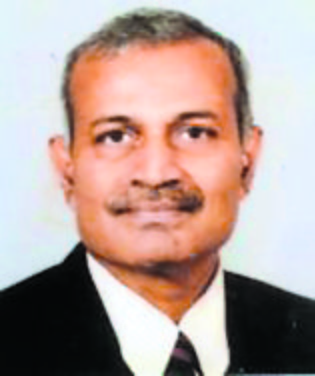 THERE are not many countries that opt to employ their air power against their own citizens. Pakistan has had no qualms about using its air force against terror elements in the Federally Administered Tribal Areas (FATA). According to British media reports, the Myanmar air force recently carried out a MiG-29 airstrike on Camp Victoria, the military headquarters of the Chin National Army, near the Mizoram border.

Indian government sources have categorically stated that no bombing took place over Indian territory. India’s concern amid the unstable situation in Myanmar since the military coup in February 2021, and the standoff between pro-democracy forces and the military junta is the large number of Myanmar rebel elements (50,000 by one account) fleeing to Mizoram.

Linkages between Christian Chin separatists and anti-national elements within India need to be monitored with appropriate use of our reconnaissance (including using unmanned aerial vehicles) and intelligence sources.

There are known ethnic linkages between the Chin National Front rebels and Indian Naga tribes in Mizoram. Though the relations between both countries have been friendly since 1993, Myanmar’s proclivity to cosy up to the Chinese has been worrisome. Chinese and Russian hardware freely flows into Myanmar, especially for its air force, now equipped with modern aircraft such as the Su-30, MiG-29, JF-17, Q-5, F-7, Mi-35 and FTC-2000.

The Myanmar air force has nearly 290 aircraft, including helicopters and transport planes, which constitute reasonably viable air power, though it is not really a tangible threat to the Indian Air Force. Another airstrike by the Myanmar air force against Kachin rebels further north in October last year is known to have killed 80 civilians. Similar air attacks have been reported along Myanmar’s borders with Thailand and Bangladesh.

India has been resisting getting directly involved in Myanmar’s internal situation, mainly to protect its own strategic interests vis-a-vis China. China’s presence in Myanmar, through the Belt and Road Initiative, is another security concern for India. China’s attempted ‘string of pearls’ policy to circumvent Indian interests in South Asia needs to be seen in its recent forays into Sri Lanka’s maritime zone, increased PLA presence in Pakistan-occupied Kashmir and the Chinese ventures at the Gwadar port.

India-Myanmar relations were built historically along ethnic, cultural and religious lines. The 1,600-km-long land boundary stretches across Arunachal Pradesh, Nagaland, Manipur and Mizoram, and a maritime boundary in the Bay of Bengal. The porous border is highly vulnerable to infiltration. A 2.5-million-strong Indian-origin diaspora and treaties of friendship dating back to 1951 had laid foundations for a strong bond between the neighbours. There are several institutional mechanisms established overs the years to facilitate regular dialogue on a range of bilateral issues; so, tackling cross-border terror should not pose a major issue. The five Bs that encompass bilateral ties are Buddhism, business, Bollywood, Bharatanatyam and Burma teak. The BIMSTEC (Bay of Bengal Initiative for Multi-Sectoral Technical and Economic Cooperation) free trade agreement further enables sound bilateral trade between the two countries.

India has been abstaining from recent UN sanction motions against the Myanmar junta. The intent has been to not vitiate bilateral relations. The government there has been supportive in tackling insurgents operating across the borders. Myanmar has relied on Indian Covid vaccines in preference to the Chinese ones and traditionally its military has greater regard for the Indian military than for the PLA.

Though India needs to promote democratic elements in Myanmar to the extent possible, it needs to ensure that bilateral ties do not get compromised adversely by the political instability there. India has been playing host to the military of Myanmar, albeit on a relatively modest scale. The Defence Services Staff College has been one such avenue open to the Myanmarese.

In view of the Chin rebel issue and the unresolved Rohingya crisis, it would be prudent to promote calculated, increased military training between the two countries. In this context, the course to become a qualified flying instructor and other courses at our Tactics and Air Combat Development Establishment may be considered to augment confidence-building and goodwill between the two governments.

The Buddhism link is crucial too and we should consider bolstering trans-border touristic linkages to promote religious tourism via rail and riverine connectivity to places such as Bodh Gaya, as is being done with Sri Lanka.

The Chin rebels had shot down a Myanmar air force helicopter a year ago, quite likely with a shoulder-fired missile. It is intriguing that, as per The Guardian report, a MiG-29 was used for the counter-insurgent strike on Camp Victoria, though it is not an ideal platform for such a mission. Perhaps, the gunship Mi-35 or even a Pilatus-class low-speed aircraft may have been more suitable for such a mission. India could offer it operational training in MiG-29s, Su-30s and Mi-35s with suitable inter-governmental quid pro quo. It is learnt that most of its JF-17s are grounded and it could be enticed to opt for the Tejas initially and then Tejas 2.

Commando training with the Army’s counter-insurgency establishment and, possibly, even the Indian Navy’s MARCOS, could be considered to draw the Myanmarese into a cooperative counter-terror ambit. Our experience in dealing with the Maoist terror elements would come in handy in this training. Insurgent groups such as the National Socialist Council of Nagaland (NSCN) and United Liberation Front of Asom (ULFA) could also seek refuge in Myanmarese sanctuaries. Besides, several drug smugglers and traffickers of wildlife products also transit this border, seeking shelter across. The inhospitable terrain and riverine landscape further aid organised crime with insurgencies. India needs to be proactive in checking cross-border activity from Myanmar.