India’s China policy should be based on realpolitik : The Tribune India

China perceives itself as a global leader — an equal partner vis-à-vis the US. Therefore, even if the LAC issue is settled with China, the Delhi-Beijing relationship is bound to remain stuck in the ‘confrontation-competition’ mode. It is worrisome that the power differential between India and China continues to grow. Given the strategic imperatives, there is no option but to holistically prepare to deal with the challenges posed by the new normal. 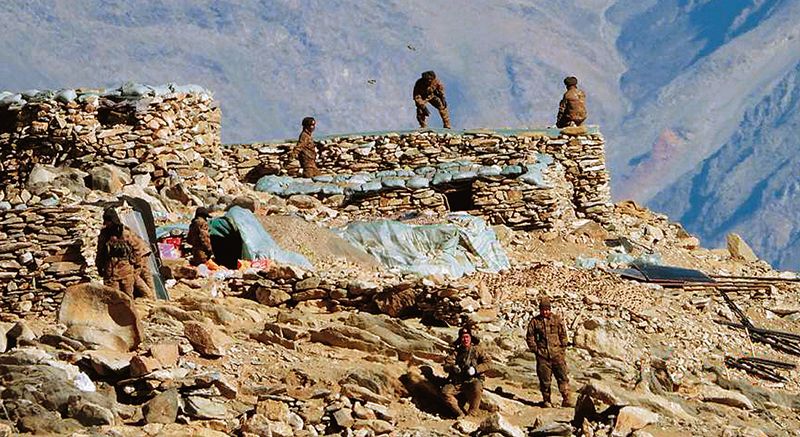 Drawdown: Disengagement at PP-15 is the fifth such exercise over the last two years to reduce tension on the Line of Actual Control. PTI 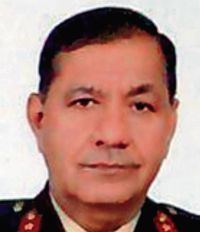 AS a sequel to the 16th round of military talks held in July, Indian and Chinese soldiers disengaged from Patrolling Point-15 (PP-15) in the Gogra-Hot Springs area. The pullback process, which commenced on September 8, was completed over the next four days; it entailed dismantling of the temporary fortifications-cum-infrastructure, besides restoration of landform to the pre-standoff period.

Disengagement at PP-15 is the fifth such exercise over the last two years to reduce tension on the LAC, triggered by unprovoked Chinese aggression in May 2020. The other areas of drawdown include PP-14 (Galwan), PP-17A (Gogra) and the north and south banks of Pangong Tso. Incidentally, the area between PP-14 and 17-A was never a friction point as the alignment of the LAC in the Chang Chenmo sub-sector coincides with the Chinese ‘1959 claim line’. The ITBP personnel regularly patrolled this area from their post at Karam Singh Hill (located at the junction of the Kugrang and Chang Chenmo rivers) with an outpost at Gogra.

However, the People’s Liberation Army (PLA) was apprehensive about the Indian Army using PP-15 as a base to threaten its position at Wenqian, which links up with Galwan.

During the recent transgression, the Chinese soldiers had intruded 3-4 km at this location. The disengagement process here dragged on as the Chinese insisted on creating an extended buffer zone to deny Indian Army approaches along Changlung Nala-PP-17A and Kugrang River-PP-15 for possible offensive action.

The current process of disengagement has led to the creation of buffer zones. At PP-14 it is 3-km wide, while astride north bank of Pangong Tso, the buffer zone extends around 8 km from Finger 4 to Finger 8, whereas between PP-15 and 17-A, the width is 3-4 km, stretching over almost 30 km.

The PP arrangement was instituted in 1976 to lay down specific points up to which patrolling could be undertaken and not to define the LAC per se. As buffer zones preclude patrolling, it implies relocating existing posts or creating new ones in own area, thus relinquish control of a swathe of the territory.

In the Depsang plateau, the PLA has transgressed around 18 km, denying Indian Army access to PPs from 10 to 13. The Chinese side is reluctant to even discuss the issue, contending that the dispute dates back to 2013, hence does not fall in the ambit of the current standoff. In the Demchok sub-sector, PLA intrusions in the Charding-Ninglung Nala area aim to strengthen its ground posture. The China disengagement strategy in these areas, too, will be driven by buffer zone format.

The disengagement process, however, has not led to any de-escalation. In fact, the Chinese have used the period to scale up the military infrastructure significantly; it includes twin bridges over Pangong Tso and the construction of G-695 — second highway linking Xinjiang with Tibet. Besides, the Chinese have gone in for major defence build-up in Tibet opposite Arunachal Pradesh. These provocative activities reveal the Chinese intent and grand design, evident from the prevailing strategic imperatives.

Communist leadership obsession with conducive periphery is rooted in the historic belief that for stability and prosperity, China must have ‘subdued’ neighbourhood. Chinese President Xi Jinping, on assuming power in 2012-13, unfolded his ‘China dream’— a ‘prosperous and powerful China’.

During his maiden visit to Lhasa last year, Xi gave directions to make Tibet a formidable shield. Alongside massive military build-up, China has also enacted the ‘amended defence law’, which facilitates greater ‘civil-military fusion’ and ‘border law’ to legalise incursions. China is in the process of constructing around 640 border villages in Tibet, a third astride the LAC. These will act as effective outposts for the PLA to orchestrate the ‘grey-zone warfare’ in pursuit of ‘nibbling strategy’.

Our policymakers have often reiterated that the border issue is the key to ensuring conducive India-China relations. However, the Chinese have succeeded in delinking the issue, evident from the record bilateral trade figures of $125 billion.

Steadfast in the belief of making the current century China’s, Beijing has evolved a coherent policy to dominate Asia, driven by investment and trade initiatives. The communist leadership envisions a unipolar Asia with ‘marginalised’ India and ‘passive’ Japan. At the international level, China perceives itself as a global leader — an equal partner vis-à-vis the US. Therefore, even if the LAC issue is settled with China, enforcing new agreements to legitimise the recent gains, the Delhi-Beijing relationship is bound to remain stuck in the ‘confrontation-competition’ mode.

India’s China policy needs to be reimagined, based on realpolitik and a long-term perspective. The immediate priority is to holistically review the border management gamut to obviate further loss of territory. The current structure based on ‘one border, one force’ with the ITBP as the lead agency is flawed as the border is disputed and heavily militarised.

In the wake of the changed status, the LAC will no longer be just patrolled, but will have to be selectively manned, as de-escalation in the near future is highly unlikely. Hence, a professional border management force needs to be created under the operational control of the Army. Incidentally, Chinese ‘border guard battalions’ are part of the PLA and well equipped to undertake multiple operations.

It is worrisome that the power differential between India and China continues to grow, particularly in terms of hard power. This demands deep-rooted defence reforms and national capacity-building, as in the era of ‘hybrid warfare’, the wars are fought between the states and not armies alone. Given the strategic imperatives, there is no option but to holistically prepare to deal with the challenges posed by the new normal.