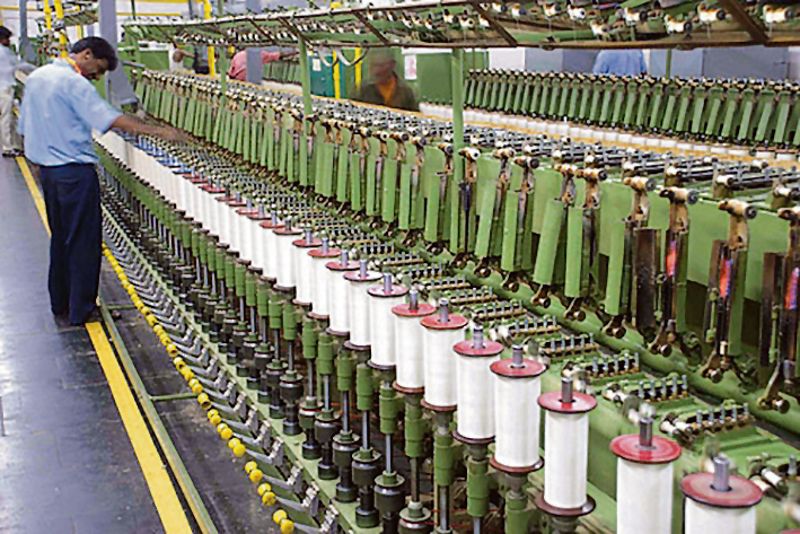 ALARMING: The manufacturing sector has declined by 4.3 per cent. - File photo 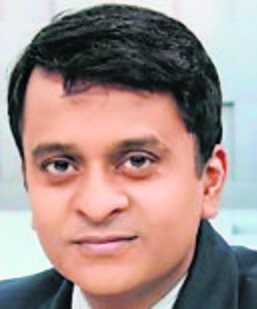 INDIA is the lone shining star in the middle of a global economic downturn. If you haven’t heard that on your WhatsApp group, then you would have heard it being spouted by some ‘expert’, or by your favourite prime-time news anchor. And if you look at official numbers, this assessment would appear to be completely justified. But the truth is far more complex.

The only sectors which are driving growth are construction and trade, both of which produce low-quality employment.

Take the latest GDP numbers for the second quarter of this fiscal. On the face of it, it is disappointing but not bad; 6.3% is creditable, considering that the rest of the world has been floundering. But we are coming out of a much bigger recession than most other big economies. India’s economy was one of the worst-hit by the Covid lockdowns, and we needed much faster growth to return to our normal growth path.

The data looks even more weak when one takes the GVA or Gross Value Added numbers. GVA growth in the July to September period this year has been just 5.6%. Break it up a bit and the real shocker will stick out like a sore thumb: the manufacturing sector has declined by 4.3%. Adjusted for inflation, it now stands at a shade under Rs 6 lakh crore, which is almost where it was in the second quarter of 2019-20, the year before Covid hit us. This is despite the fact that there were no lockdowns this time; there weren’t even any masks to be seen anywhere.

Quarterly data can fluctuate a lot and can be messy, so lot of analysts tend to look at half-yearly numbers. Even here the picture is pretty grim. In the first half of this fiscal (April to September), India’s manufacturing sector grew by just 0.1%. This is a comparison with the first half of 2021, when large parts of India were reeling under a killer ‘second wave’ of Covid. If we compare the value added by India’s factories in the April-September period in 2018 with what it is this year, the average annual growth has been just 1.3%. This is barely enough to beat India’s population growth rate. And that means, in terms of per capita availability of things made in Indian factories, we are exactly where we were in 2018.

This points to a serious malaise in India’s factory sector, which belies all our dreams of Make in India. And it is a reversal of everything that India wanted to do when it became Independent. The objective was to create a flourishing manufacturing sector by increasing electricity generation and heavy industries, and setting up tariff walls to protect the domestic capitalist class. This is what we have come to know as Nehruvian ‘socialism’. In reality, it was a form of ‘state capitalism’ or ‘dirigisme’.

This is evident from the fact that much of the so-called ‘socialist’ planning during the Nehru years shared a lot of its content with the ‘Bombay Plan’ drawn up by some of India’s biggest industrialists. The core proposals in the plan — signed by JRD Tata and GD Birla, among others — were that India’s economy needed state intervention and a robust public sector to help industry grow. It also argued that the only way to finance industrial growth was through ‘created money’. The plan understood that if money printing and deficit financing was done without regulation, it would lead to high inflation. So, it said ‘in order to prevent the inequitable distribution of the burden between different classes…practically every aspect of economic life will have to be so rigorously controlled by government that… freedom of enterprise will suffer a temporary eclipse.’

In other words, there was a general consensus between the captains of industry and the ‘socialist’ Nehru government on the path to be taken by post-Independent India. I am not going into the merits or demerits of this policy path; my only intention is to show that industrialisation was on top of everyone’s mind when India gained its freedom. There is little doubt that we faltered in that pursuit and there was a growing chorus in support of policy reform from the early 1980s.

However, it is also clear that the reforms did not improve matters for India’s factory sector. The only times there have been spurts in manufacturing growth, it has been driven by credit and valuation bubbles. Corporates have invested in building capacities by raising funds from the capital markets and by borrowing from (mostly public sector) banks. This has happened without any concomitant increase in employment or any real improvement in the buying power of 90% of Indians. So, companies have come up against the inevitable absence of demand for what they produced. Businesses invested in an overoptimistic anticipation of future demand ended up being stuck with excess idle capacity. This is one of the key reasons for the huge burden of bad loans that accumulated in Indian banking.

While the government was planning and directing investment, it could decide what and how much would be produced by domestic industry. Once the state withdrew, investments flocked to whatever appeared to be profitable. The sharp rise in inequality in India, from the mid-1980s, ensured that only a very small proportion of Indians would have the money to spend on consumer goods. Indian industry, therefore, oriented itself entirely to this top 5-10% of consumers. The rest of the population spent their meagre incomes on cheap goods from China.

It was inevitable that this economic model would reach a saturation point some day; after all, how many refrigerators, washing machines or cars can the richest few buy? Ultimately, it is this inequality that has become the biggest hurdle for manufacturing growth. And this is what makes our GDP growth hollow. The only sectors which are driving growth are construction and trade, both of which produce low-quality employment. It is a problem that needs immediate attention.