The Menser question has not been negotiated or settled legally so far. China avoids any discussion on it, knowing that the area holds spiritual and political significance for India; for it is in the foothills of Mt Kailash (the holy abode of Lord Shiva) — the very core of Hinduism. In contrast, it enforces its claim on Tawang for its spiritual importance to the Tibetans. 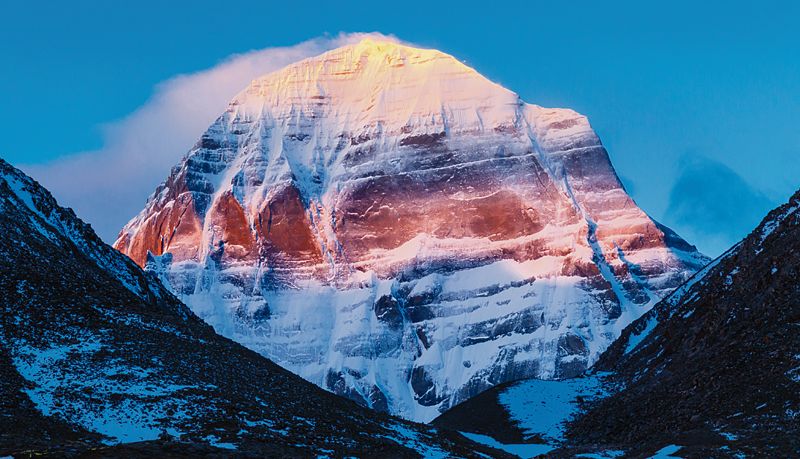 Dispute: Indian masses have the right to have access to Kailash, hence the issue cannot be swept away. istock 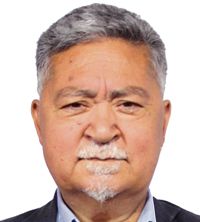 People barely know that India legally owned a territorial estate, Menser, deep inside Tibet at Mt Kailash until the 1960s. It was the only land that Ladakh’s king retained after having lost half of Ladakh — extending up to Rudok and Nepal junction — to the Tibetan-Qing invaders in 1683.

The 1684 Treaty of Tingmosgang divided Pangong Lake. Lhari Tokpo (near the Demchok river) was fixed as the southern Ladakh-Tibet boundary, but the treaty obliged Ladakh to pay lopchak (tribute) to Lhasa comprising gold dust, Kashmiri saffron and Yarkandi cotton in return for free entry to Ladakhi traders into Tibet for Pashmina trade. However, Ladakh was allowed to govern the territories of Menser located on the banks of the Mansarovar and Rakastal.

About 160 years later, when Dogra general Zorawar Singh launched his Tibet campaign in 1841, Chinese and Tibetan troops first cut off the supply routes, lulled his army, and beheaded Zorawar at Mayum-la, the mouth of the Sutlej. The remaining Dogra troops were chased off to Leh. The British opposed the Dogra military campaign, refused military support and, instead, played the classic game of checks and balances, fearing it might offset its interests in China’s eastern seaboard.

Dogra-Ladakhi troops later defeated the Tibetan forces in the Chushul battle. The 1842 Chushul Treaty agreed to maintain the status quo ante, and not to transgress on each other’s frontiers. It marked the end of Dogra expansion in Tibet, as it equally brought to an end the recurrent Tibetan invasion of Ladakh. The Traditional Customary Line between Ladakh and Tibet was established.

Fearing a similar Dogra misadventure, the British set up two Frontier Commissions in 1847 to fix a boundary with China. But no Chinese or Tibetan official showed up. The commission returned after drawing an arbitrary boundary marked with imaginary points that Cunningham and Strachey called frontier posts, as they still exist today — undemarcated.

The 1842 treaty allowed Gulab Singh to inherit Ladakhi-owned territory in Tibet as his jagír. When Hari Singh signed the Instrument of Accession on October 26, 1947, he referred himself as: ‘Shriman Inder Mahinder Rajrajeswar Maharajadhiraj Shri Hari Singhji, Jammu & Kashmir Naresh Tatha Tibbet adi Deshadhipati’; that he is also the ruler of western Tibet.

The 1684 Tingmosgang Treaty, however, carried a tricky component of Ladakhi tribute to Tibet. Ladakhis insisted on paying lopchak even during the Dogras reign, but the 1842 treaty stipulated that Ladakhi lopchak will have no political overtone.

Why did India forego its sovereign rights over the Maharaja’s jagír in Tibet? Nehru is usually blamed for it, but he was opposed to surrendering it ‘without the Kashmir Government’s assent’. But Nehru was perhaps caught in a dilemma after receiving two telegrams from Lhasa in October, 1947, asking India to return the (lost) territories of Tibet extending from Arunachal to Ladakh. Nehru concealed the telegrams from Parliament, but in 1959, Chou En-lai reminded India about Lhasa’s 1947 correspondence. He also raised China’s non-ratification of the 1842 Tibet-Ladakh Treaty.

Nehru’s strong rebuttal came in 1959 when he raised objections to discrepancies in Chinese maps showing a sizeable part of the Sikkim and Bhutan boundaries at the tri-junction (Doklam) as part of China. New Delhi also sought the restoration of Bhutan’s rights in Tibet. But there isn’t any record of India raising its own sovereign claim over Menser. The 1961 Official Report provided a full account of India’s historical, administrative and revenue rights over areas near Kailash.

Some points still need to be raised, even if they are of academic interest. If China never challenged India’s rights in the Mt Kailash area — and India didn’t raise the issue with China — does that mean the area still legally belongs to India?

If India was competent to take up Bhutan’s territorial rights in Tibet, what prevented it from raising Ladakhi rights in Tibet with Beijing? If surrendering land of J&K wasn’t approved by Srinagar, does that mean that Menser still remains an open-ended issue?

If J&K had kept the issue under wraps so far, will the new Ladakh UT be allowed to raise the matter now? If India decided to forego the Maharaja’s territory, why did it not seek a quid pro quo?

Clearly, the Menser question has not been negotiated or settled legally so far. British historian John Bray wrote, ‘The matter is no more than a minor footnote, but one that has still to be cleared up.’ It is an issue of India’s relinquishing its extra-territorial rights in Tibet before 1947, and recognising Tibet as China’s part, without having the Chinese give up Tibetan territorial rights in the Himalayas. This is where the problem lies.

China avoids any discussion on it, knowing that the area holds spiritual and political significance for India; for it is in the foothills of Mt Kailash (the holy abode of Lord Shiva) — the very core of Hinduism. In contrast, China enforces its claim on Tawang for its spiritual importance to the Tibetans.

Menser held a vital trading and pilgrim outpost for India for over 300 years — yet no Indian strategist could imagine its importance.

Reintegrating Gilgit-Baltistan would be hypocritical unless New Delhi equally reopens the Menser question and enforces a residual sovereign claim, for the Kailash-Mansarovar is more critical than even Aksai-Chin’s relevance today.

Indian footprint here is critical to offset Sino-Tibetan expansionism in the Himalayas. It could pre-empt the Chinese or Tibetans possibly manoeuvring lopchak and the 1842 treaty to their advantage. The dispute over Demchok has an underpinning in this. We need to rethink.