A new compass is needed to skilfully navigate the way forward 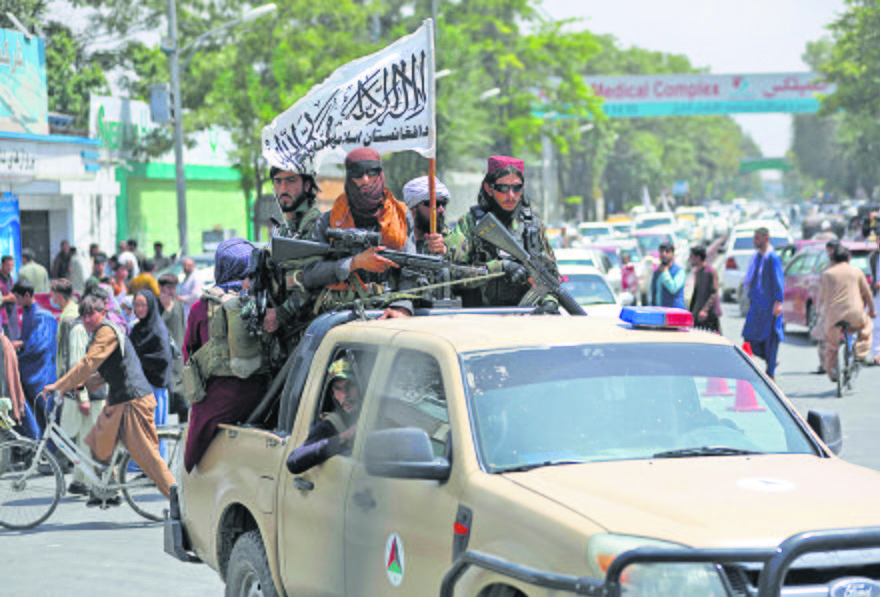 Breaking Ice: India’s diplomatic challenge is how to commence a serious conversation with the Taliban. AP

There was a time when the Indian Parliament demanded from then External Affairs Minister IK Gujral that so long as a single Indian remained stranded on Kuwaiti soil in the downstream of the cataclysmic Gulf War of 1990, the embassy must remain open to arrange their repatriation. I was deputed that same evening to rush to Kuwait to reopen the embassy. Which I did, reaching Riyadh, borrowing an SUV, forthwith crossing the no-man's land into Kuwait and driving through the burning oil fields, literally in darkness at noon — just a week after war ended — wading through columns of US military convoys to locate any Indian who might be trapped in refugee camps, to arrange their repatriation.

Indian diplomats have an easy time nowadays. The embassy personnel in Kabul scrambled to lead the exodus within 48 hours of the Taliban entering the city!

Indian diplomats have an easy time nowadays. The embassy personnel in Kabul scrambled to lead the exodus out of Afghanistan within 48 hours of the Taliban entering the city! No other regional state behaved in such strange fashion. And reports keep coming in still of hapless Indians stranded in Afghanistan, including women.

India behaved like a western nation. But then, the US and Australia committed war crimes and are fearful of God’s wrath, while India has been a benign presence. The real paradox is, the Taliban, whom we demonise, even held out assurances that no harm would come to foreign diplomats in Kabul. They have kept their word. These are days the Taliban are sensitive about their reputation and legitimacy.

The reason why the government panicked appears to be political in nature. Delhi feared a blowback due to its partnership with the Ashraf Ghani government. The first thing after entering Kabul, the Taliban took over the Afghan intelligence agency system. This becomes an unspoken 'X' factor today for a lot of countries.

Indian policymakers probably realise that our Afghan policies have entered a wasteland. A new compass is needed to skilfully navigate the way forward. The rushed consultations of Pankaj Saran, Deputy National Security Adviser, with Nikolai Patrushev, the powerful Kremlin politburo member in Moscow, are a step in the right direction. Saran, a former envoy to Russia, is from a vanishing breed of diplomats with his low-key, but highly effective diplomacy, and that is just what is needed at present to have strategic communication with our friends in the Kremlin. For, Americans are of no help here, however much EAM might try, when they are themselves having 'constructive engagement' with the Haqqani Network to rescue their nationals out of Kabul.

India's diplomatic challenge is how to commence a serious conversation with the Taliban. A special envoy must visit Kabul once the contours of the new government emerge. India must unceremoniously abandon its narrative on the Taliban. EAM's strident polemics at the UN Security Council last week wouldn't help. India should not ape US exceptionalism. Women's security is in jeopardy in India, too. Learn from China that Afghanistan has its own traditions and cultural values, and a western-style democratic transformation is a distant prospect. The Taliban are nationalist in outlook and adhere to traditional Islam and Sharia and Afghanistan is a country of observant Muslims. They show no interest to project power abroad, export their nativist ideology or partake of jihadi campaigns in faraway lands. They have strong similarities with our own national ethos — our excessive habits may be grotesque but they are strictly our ‘internal matter’.

The Taliban will never accept a subaltern role again. Even Pakistan and Saudi Arabia have experienced Taliban's ‘Afghan-ness’ and the Pashtun's fierce sense of independence and honour. Besides, the Taliban today keep diverse relationships. They have shed their tunnel vision, having seen the metropolis — Moscow, Beijing, Tehran, Jakarta, Doha, Istanbul. The western media and intelligence accost them, fawn upon them.

India could, in fact, help promote the Taliban's international legitimacy as the surest guarantee for Afghanistan to remain a sovereign, robustly independent and scrupulously neutral SAARC country with links to the SCO potentially.

Isolating the Taliban will only lead to the aberrations of their regime in the 1990s when they were exploited as a geopolitical tool against Iran by the Saudi and Emirati intelligence with US blessing. Indeed, the gust of Wahhabism began blowing into the Hindu Kush. However, during the decade since being driven out of power in 2001, the Taliban introspected and understood where they went so horribly wrong, and began distancing themselves from the Saudis and Emiratis. For a longtime now, they have not even visited Saudi Arabia. But the US is currently persuading Saudis to become proactive again. This is an extremely worrisome development. India should oppose such cynical duplicity where the US speaks of Afghan women's rights to blackmail the Taliban, while on a parallel track encourages the Saudis to reclaim Afghanistan for the Wahhabi faith.

Finally, India should give wide berth to the adventurist venture by the erstwhile deputy to Ghani, Amrullah Saleh who has proclaimed armed resistance to the Taliban on the pattern of the Northern Alliance in the late 1990s. Saleh's venture cannot and will not have a happy ending. He is in the crosshairs of the Taliban. By now, the Taliban and Pakistan would know from the 'X' files of the Afghan intelligence agency the full extent of Saleh's activities to undermine Pakistan's security and stability. He has become a ‘burnt-out’ case.

At any rate, isolate pockets of disaffection apart, conditions for ‘resistance’ simply do not exist. External powers dare not fuel another conflict that could only help boost the Islamic State. As for Afghan people, they're exhausted, bled white through four decades of horrific violence. Above all, Panjshir has erudite, experienced politicians who would abhor the idea of teaming up with fly-by-night operators. The regional states are working in concert to foster inter-ethnic concord in Kabul. India, too, should lend a hand.