While the US would have its own anti-terror priorities, what does India do to tackle this monster? Clarity in national interests is paramount to targeting anti-national elements within and outside the country, employing all means to neutralising them. Entities such as Dawood Ibrahim and Hafiz Saeed would be high on India’s list. Any proposed tie-up with the US must revolve around action against elements inimical to India’s interests. 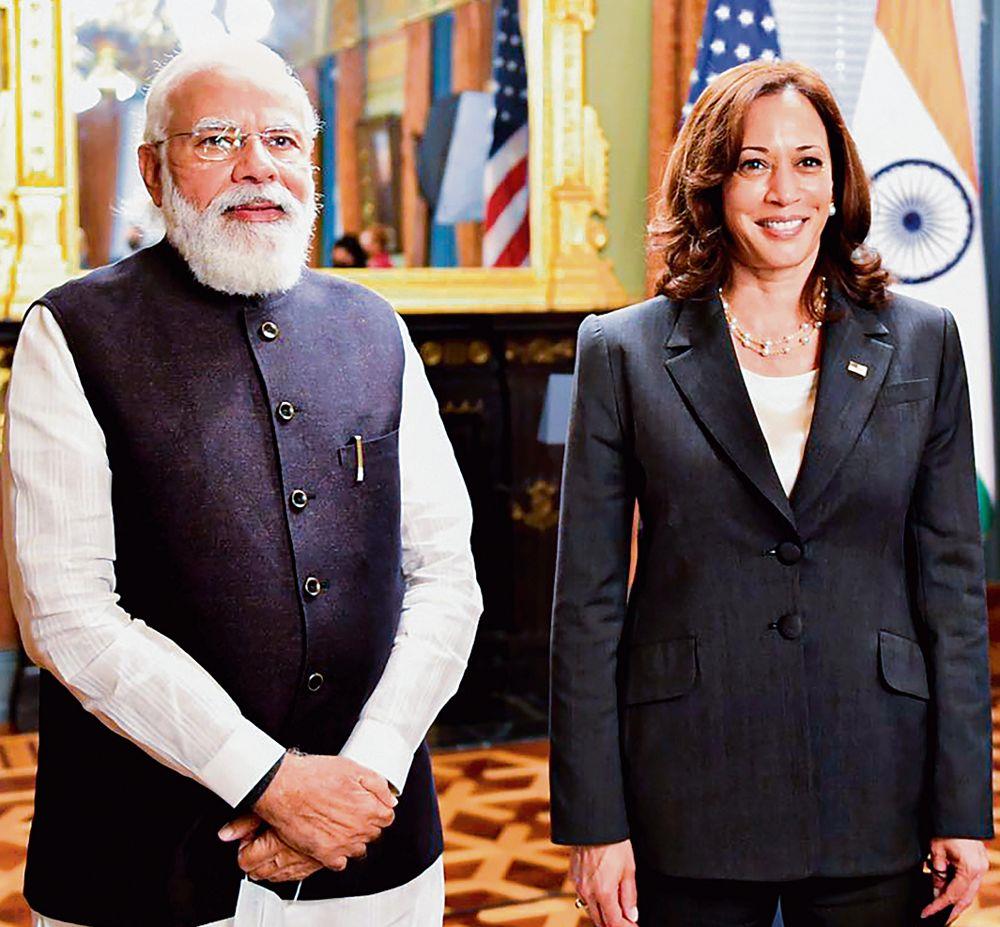 Prime Minister Narendra Modi’s recent visit to the US had much more to it than meets the eye. In the joint statements of the two nations — both between President Joe Biden and the PM, and the PM and Vice-President Kamala Harris — there appear to be some clear understanding to address contemporary issues, such as the global fight against Covid and vaccination efforts, besides jointly fighting terror groups posing threats to India and the US.

Surely, not coincidentally, has the US State Department’s timely Congressional Research Service Report named five India-centric terror outfits out of the 12 Foreign Terror Organisations (FTOs) being sponsored by the Pakistan Deep State. They include the Jaish-e-Mohammed (JEM), Lashkar-e-Toiba (LeT), Hizbul Mujahideen (HM), Harkat-ul-Mujahideen (HUM) and Harkat-ul-Jihad Islami (HUJI). Other FTOs operating in that country such as the Al-Qaeda — in the Indian subcontinent and Islamic State Khorasan Province (IISKP) — are also capable of launching terror operations against Indian interests.

In an address to the United Nations Security Council, External Affairs Minister S. Jaishankar sought to make an interesting point likening the threats posed by the Covid pandemic and international terrorism. He said: “No one is safe till everyone is safe” — in both cases.

Though not deemed “official”, this report is acknowledged to be credible and authored by renowned experts on the matter. The total capitulation of the Afghan National Army at the hands of the Taliban and the Pakistan role in the fiasco has led Secretary of State Antony Blinken to call for an urgent re-evaluation of the US-Pakistan strategic ties. Twenty US Senators are known to have seconded such a reappraisal, reportedly leading to the turmoil in the Pakistani stock markets and the further depreciation of the Pak rupee against the US dollar.

A recent editorial in an American publication has talked of how Pakistan has continuously and systematically manipulated successive Republican and Democratic presidential dispensations, making the US, and indeed the entire world, less safe. It is time, the author says therein, to “pull the plug” on the US’s toxic relationship with Pakistan. The Americans are ruing the nearly $33 billion given as military and counter-terror aid to their erstwhile ally, which includes $14 billion as anti-terror incentives.

What the Pakistanis have done, of course, is just the opposite by promoting the ilk of Osama bin Laden, the Taliban and the Haqqani group ever since the US invasion of Afghanistan in 2001. Now, the China-Pak nexus covers military hardware, including tanks, aircraft and unmanned aerial vehicles (UAVs). And, the CPEC, to the tune of $60 billion, is clearly tantamount to “sleeping with the enemy” as far as the US is concerned.

After having violated an agreement with the US not to go nuclear in the 1980s, Pakistan’s track record in nuclear proliferation via the AQ Khan Network and the nuclearisation of rogue nations such as North Korea is legion. It could well go down the same route with the Taliban as its interests only revolve around desperate economic considerations and not sensible international aspects.

For all this “turncoating”, the US is likely to seek action against Pakistan by moving it to the Black List of the Financial Action Task Force as also by coaxing its allies, such as the UK and Saudi Arabia, to deny military aid to that country.

The recent visit of Pakistan’s ISI chief to Afghanistan in support of the new Taliban regime was a clear indicator of where its interests lie. Training and exercises between their militaries and between the intelligence agencies of both Pakistan and China are other matters for Indian and American concern. There is no gainsaying the fact that Pakistan has virtually become a client state of China, the full implications of which would play out by and by.

Now, while the US would clearly have its own anti-terror priorities, what does India do to tackle this hydra-headed monster?

Clarity in national interests is paramount to targeting known anti-national elements within and outside the country, employing all means to neutralising them. Entities such as Dawood Ibrahim and Hafiz Saeed would be high on India’s list, no doubt. Any proposed tie-up with the US, should it materialise, must revolve around action against elements inimical to India’s interests.

For other terrorist elements within the country and along our borders, an efficient and seamless coordination between Home and Defence Ministries is the order of the day to ensure coordinated targeting by all agencies and state anti-terror squads.

India has traditionally fought shy of employing its national defence air power to target its own citizens, even for anti-terror objectives. The mix of terror groups in the country is a heady cocktail, calling for dedicated national counter-terror efforts. Cyber warfare and UAVs should be optimally employed to get soft kills solution against the terrorists. Hard kills from the air should be opted for only where collateral damage can be avoided and accurate targeting is a given.

The military wings and national intelligence agencies should marshal their resources to deny breathing space to the terrorists, employing technology where called for to prevail over these enemies of the state. An effective counter-terror campaign orchestrated centrally is called for to make Indians feel safe from the scourge of cross-border terrorist attacks.

The newly formed Quad arrangement should also, down the line, include the counter-terror element as some of our neighbours, such as Pakistan, are opting to invest in low-cost terror assets to achieve their strategic goals in the region.