After 967 days and the loss of 1,155 soldiers, the Indian Army returned from Sri Lanka to mixed reactions at home. The Army wasn’t defeated, but its creditable combat performance was overshadowed by its inability to achieve a sweeping operational success in Sri Lanka. At no stage, though, from all available evidence, were the courage, determination and decency of the Indian soldiers questioned. 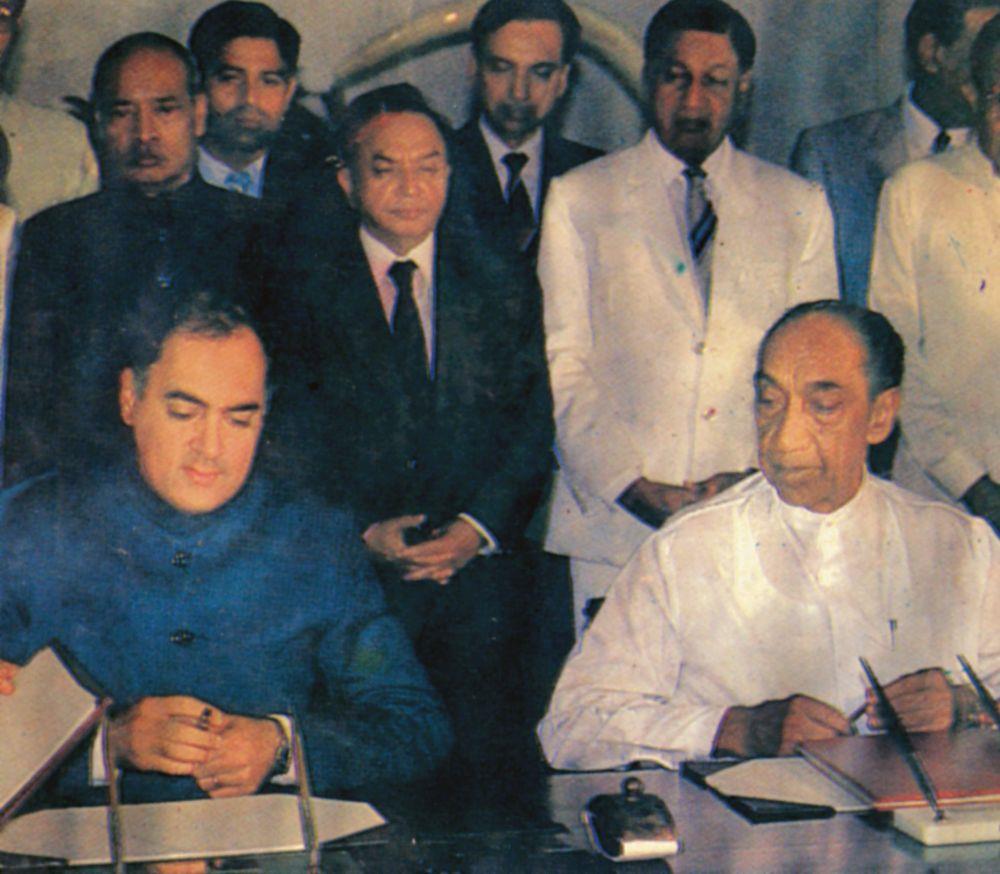 THIRTY-FOUR years ago, India sent its forces to Sri Lanka after the Indo-Sri Lanka peace accord was signed on July 29, 1987, leading to a botched-up military operation until India pulled its troops out from the island in March 1990. In some ways, it was India’s ‘Vietnam war’, and one that India’s military establishment would rather not talk about. Sadly, New Delhi chose to ignore the military campaign from 1988, once it became clear that it was a foreign policy failure, even as hundreds of India’s brave soldiers died fighting someone else’s war, and over 3,000 came back home, wounded. Worse still, it was 20 years after Indian soldiers were bloodied in their battles in Sri Lanka that a memorial to the gallant troops was constructed on the outskirts of Colombo at Sri Jayawardenepura Kotte in 2008. And it took another two years before the first official memorial service was held on August 15, 2010, by the Indian High Commission. Now they visit the site every Republic and Independence Day of India. But why were Indian troops sent to Sri Lanka?

New Delhi had, at the request of the Sri Lankan government, sent in a ‘peace-keeping force’ after the accord was signed. However, from the beginning itself, there were signs that all wasn’t well. Apart from the resentment to the accord among many Sri Lankan politicians, and the boycott by the LTTE of the signing ceremony, Prime Minister Rajiv Gandhi was lucky to have escaped a major head injury when a Sri Lanka soldier swung a rifle at him during a guard of honour. It soon became evident that India was to undertake a peace enforcement mission and not a peace-keeping mission — even though India’s mission was called the Indian peace-keeping force — as the other party to the conflict (the LTTE) was not a signatory to the ‘peace accord’. India, however, had a different perception of its role in Sri Lanka, and its initial plan was named Operation Pawan (which in Hindi means the Wind) — an ironic reflection of the Indian optimism to conduct a whirlwind campaign, with limited resources. Military commanders in New Delhi didn’t quite expect to get bogged down in a bloody war of attrition. But events were to prove otherwise.

The Indian armed forces had been informed about the possibility of an intervention as early as May 1987, but their mission was constantly changed, and the orders finally disseminated to the IKPF on July 30 carried little specifics about the role of the armed forces. The IPKF’s operational control from June 1987 onwards, was effectively concentrated in two centres — with PM Rajiv Gandhi’s office and the (then) Army Chief Gen Sundarji’s office — but the refusal of the Indian Navy and Air Force to subordinate their elements to the Indian Army, was only an initial obstacle in the execution of a difficult and highly ambiguous mission. And the task of implementing a deceptively simple brief — to disengage the Sri Lankan army from Tamil militants by interposing between the two, and to clear the mines and booby traps (in Jaffna area) — was given to India’s 54 Infantry Division. As an Indian Army reserve division with a role and experience in airborne and amphibious warfare, it was considered most suitable. It was moved with about 6,000 men to Sri Lanka. But the conflict, from October 1987, took a nasty turn, and eventually the Indian force in Sri Lanka rose to over 60,000. With an army at over million strong committed extensively on the borders and in internal security, the Sri Lankan intervention appeared to most Indians only as a sideshow!

Apart from the complacency of India’s Army chief, who even publicly declared that India would demolish the LTTE within three days, President Jayewardene’s decision to suddenly revoke his earlier amnesty (that encouraged the LTTE insurgents to surrender), declaring the LTTE illegal, led to a violent surge of brutal attacks with no rules in place. Thus, the IPKF soon faced booby traps and improvised explosive devices (IED) around the 1,300 square km of the Jaffna peninsula, accommodating 50 per cent of Sri Lanka’s Tamil population. Suddenly, the failure of India’s initial attempts to subdue the LTTE — the flawed plans of the IPKF, the absence of its numerical superiority and a lack of medical facilities to treat the wounded — became glaringly evident. India was rudely shocked, and it took fresh stock of the situation. It could neither abandon its role in Sri Lanka, nor fight back decisively. It decided to do the latter, and injected fresh leadership and troops into the IPKF. However, with its essential tactical doctrine still strongly grounded in mid-intensity conventional manoeuvre warfare, the Indian Army took a while to adapt to the demands of Sri Lanka’s low-intensity conflicts. The conflict in Sri Lanka also became known as the ‘Cyanide War’, as Tamil rebels were all given cyanide capsules that they were to swallow if captured alive!

By 1989, the rabid anti-Indian politico-military climate in Sri Lanka had stretched the patience of the IPKF, as even the Tamils came to view it is an ‘army of occupation’. Thus, two years after the signing of the tattered peace accord, a new Indian Prime Minister, VP Singh, ensured a full pullout of the IPKF by March 1990. After 967 days, at a cost of 1,155 soldiers dead and an expenditure of Rs 300 crore (then equivalent to about $17 billion), the Indian Army returned to mixed reactions at home. It was a thankless war surrounded with ambiguities, and appropriately described by Lt Gen Kalkat as a ‘blind man’s bluff’. The most serious politico-military implication of the Sri Lankan (mis)adventure was India’s inability to project its military power overseas, despite the enormous strategic advantages provided by Sri Lanka’s proximity. The Indian Army wasn’t defeated, but its creditable combat performance was overshadowed by its inability to achieve a sweeping operational success in Sri Lanka. At no stage, though, from all available evidence, were the sheer courage, determination and decency of the Indian soldiers questioned. They fought an inglorious war, gloriously.