According to a 2010 report in a national weekly, the UPA govt was watching over a million mobile phones ‘although the govt would admit only 6,000’. Seven Central agencies were authorised to do interception ‘in silos’. Telephones tapped by states were in thousands. The NDA govt increased the number of agencies to 10 in 2018. 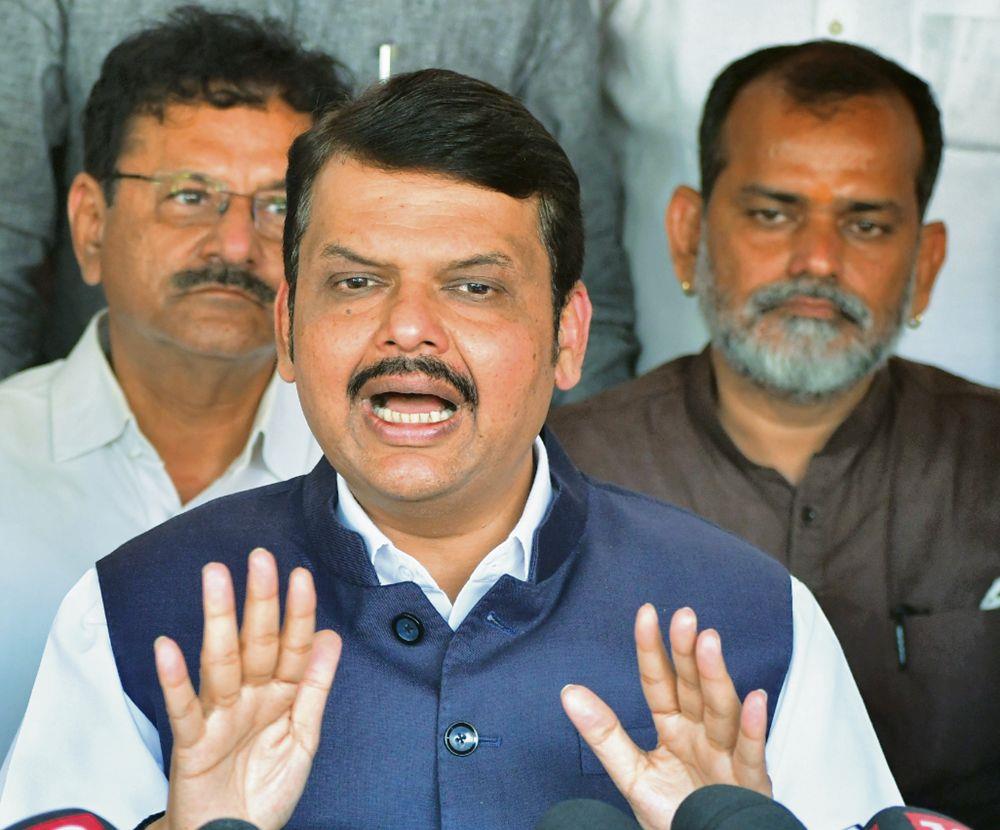 Political pyrotechnics between the ruling Maha Vikas Aghadi (MVA) and the main Opposition party, the BJP, in Maharashtra on the ‘tapping war’ have confused the public. The BJP claims the moral high ground as ‘whistleblowers’ by handing over ‘pen drives’ to the authorities, seeking protection under the Whistleblowers Protection Act, passed by the UPA government in 2014. The MVA government has accused the BJP of violating the Indian Telegraph Act, 1885, and privacy laws through illegal recordings.

The ‘war’ started in March 2021 when former Chief Minister Devendra Fadnavis, now Leader of Opposition in the Maharashtra Legislative Assembly, claimed that he had handed over evidence on the ‘Maharashtra Police transfer racket’ to the Union Home Secretary in New Delhi. He also demanded a CBI probe.

The second part of the ‘war’ started on March 8, 2022, when Fadnavis handed over a pen drive with 125 hours of video recording to the Maharashtra Assembly Speaker complaining about a ‘conspiracy’ against the BJP by Pravin Chavan, the MVA-appointed Special Public Prosecutor. Anil Gote, former BJP MLA, now with NCP, has lodged a police complaint against Fadnavis for this recording.

The purpose of this article is not to judge the validity of these charges, which the police are investigating under the court’s supervision. It is only to analyse the history of the law on ‘tapping’ and its privacy implications.

In India, government tapping is done under the Indian Telegraph Act (ITA), enacted by the British Parliament. The latter’s intention was to protect new communication technologies from interlopers into national security as it was state monopoly: the telegraph from 1837 and telephone from 1854-1876. Later, railway communication, which was an essential service, was included. In 1870, the telegraph industry was nationalised and became part of the British Post Office.

Italian physicist Guglielmo Marconi’s invention of radio during 1894-96 resulted in speedier communication, enabling the military use of cipher. That made it imperative for all countries to strictly control that medium. As a result, Section 5 of the ITA gave total powers to the government to license, control, intercept and seize the medium “on the occurrence of any public emergency, or in the interest of the public safety”.

In those days, no thought was given to individual privacy rights. British parliamentary debates even on May 26, 1930, revealed that Parliament was concerned only about some restrictions (censorship) placed on British Press in India reporting to England. This was explained by William Wedgewood Benn, the then Secretary of State for India, due to the ‘delay’ in Peshawar owing to ‘exceptional conditions’.

It may be amusing to know that the American government ‘interceptors’ were using “pocket telegraph” in the 1860s. They would climb up a telegraph or telephone pole and listen to all voice calls or record telegrams passing over the lines. Later, agencies started having telephone or telegraph exchange equipment set up in secrecy, running parallel to the official exchanges. That was the position even in the 1970s with Bombay Special Branch, which catered to the ‘tapping’ requirements of the police, Customs, Directorate of Revenue Intelligence, CBI and Enforcement Directorate after taking permission from the Commissioner of Police, who was the competent authority.

However, the entire complexion of this issue changed in 1996 when our Supreme Court (Justices Kuldip Singh and S Saghir Ahmad) emphatically highlighted the individual citizen’s right to privacy against inroads by the government by way of technical interference. That was the famous case of People’s Union for Civil Liberties vs the Union of India when the learned judges said that “telephone tapping is a serious invasion of an individual’s privacy”.

In America, all domestic wire tapping had to be done with court warrants under the Foreign Intelligence Surveillance Act, introduced by Senator Ted Kennedy and approved by President Jimmy Carter on October 25, 1978. However, ‘warrantless’ tapping was being done under the 1928 judgment in Olmstead vs United States which had permitted domestic wire tapping ‘without trespass’ on privacy. The American Civil Liberties Union was carrying on a campaign against this.

Taking advantage of the Olmstead law, a sports ‘bettor’ named Charles Katz started using public call offices for his gambling activities. The FBI wiretapped that public call office and prosecuted Katz in 1966-67. Although the lower court convicted him, the Supreme Court acquitted him, radically changing the definition of ‘privacy’ in Katz vs United States. On December 18, 1967, it ruled that the FBI’s wiretapping even a public call office where he expected ‘reasonable privacy’ without a search warrant violated his Fourth Amendment rights.

In a similar manner, our Supreme Court overhauled the entire system of telephone interception in 1996. It designated the Union Home Secretary or the State Home Secretary as the Competent Authority to permit such interception for an initial period of two months, which can be renewed up to six months and no further. It was decided that any extension up to six months should be granted by the Review Committee. It prescribed what all records had to be maintained.

During this hearing, a suggestion was put forward to have prior judicial scrutiny into interception as in the US to take away the apprehension of arbitrariness or unreasonableness of the action. However, the learned judges decided to follow the practice followed in UK through The Interception of the Communications Act, 1985, prescribing warrants.

All these did not prevent our successive governments from authorising more and more departments with powers of interception. According to a 2010 report in a national weekly, the UPA government was watching over a million mobile phones “although the government would admit only 6,000”. Seven Central agencies were authorised to do interception “in silos”. Telephones tapped by states were in thousands. The NDA government increased the number of agencies from seven to 10 on December 21, 2018.

The only way to remove this confusion is to adopt the British practice of Regulation of Investigatory Powers Act, 2000, which has replaced The Interception of the Communications Act, 1985, under which all technical interceptions by police, military and intelligence agencies must be audited by the Investigatory Powers Commissioner.