There are very few books in India that throw light on how directors saw and perceived their own films, whether the experience was uplifting, disturbing or stirring. So, I devoured books by international filmmakers. These readings taught me to stop complaining and realised that life is not going to be a smooth ride 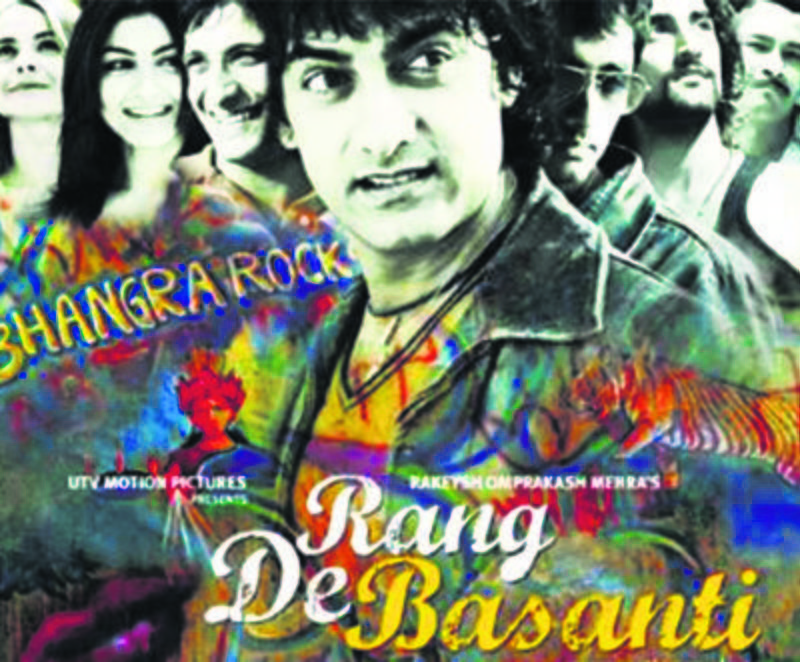 I am not the kind of person who analyses too much. Rather, I go with my gut instinct, which is very strong. Be it my movies or my autobiography ‘The Stranger in the Mirror’, I have always listened to my inner voice. While sharing my life and my journey, I did not hesitate before unveiling the truths of my life, savoury or unsavoury. I respond to things at an emotional level. Whatever connects to me emotionally, I simply go ahead and express myself.

Those who are dubbing the book as more about struggle than success are not far from the truth. I think success is a highly overrated virtue and teaches us little, while struggle is the real driver and trigger for things of real value. That’s precisely why I am drawn to stories like that of Milkha Singh. I saw him first and foremost as a man who overcame adversities. Indeed, for the choices that I make, I am often told not to do this or that. Rang De Basanti, I was advised, is politically incorrect. ‘Why make a film on Milkha?’ or ‘Why question religion in Delhi-6?’ were other bits of advice I listened to, but finally went with my gut feeling. Secularism has been an integral part of my oeuvre. However, I also believe it’s a complex word and the way it’s being practised is complex too in a nation known for religious divide.

To those who think Rang De Basanti can’t be made today, my response is, why not? The establishment will always try to remain in power; on the other hand, the youth will always be the change-maker. That is what makes Rang De Basanti relevant forever. A dialogue in it goes: “Koi bhi desh perfect nahin hota, usse behtar banana padta hai.” But can cinema change the world around it? That would be too pompous a suggestion. It can only reflect what it sees. Of course, like all my films, this one, too, draws from the deep wells of my personal experiences. My days in Shri Ram College of Commerce, Delhi, seeing the aftermath of the Mandal Commission unfold before my eyes, my love for revolutionary poets, the poetry of greats like Sahir Ludhianvi; all of it comes through.

Though my book includes some of my poetic verses, I am not a poet-poet. But yes, my poetic sensibility does inform my work. When we celebrated 10 years of Rang De Basanti, Aamir Khan said, “Mehra, your film, it is poetry in motion.” Frankly speaking, I am more comfortable creating poetry with images rather than words.

When it comes to the business of making movies, I was a rank outsider who knew only a handful of film personalities, like Amitabh Bachchan. So I decided to teach myself the art of cinema and what better way than books on cinema and legendary figures which I found aplenty in bookstores in London, a place I travelled to frequently. It was here that I would skip a meal to buy a book. Books like ‘Something Like an Autobiography’ by Akira Kurosawa, ‘Bertolucci’ by Bertolucci and others on David Lean, Richard Attenborough, Federico Fellini, et al made me privy to the inner world of filmmakers. Closer home, I missed having a similar vantage view into the lives of greats, their take on cinema, what went into the making of cult classics like say a Pyaasa, Bandini, Do Ankhen Barah Haath, Guide and many more. There are very few books in India that throw light on how directors saw and perceived their own films, what was going on in their minds, whether the experience was uplifting, disturbing or stirring.

Sure, there is a whole lot of secondary information on film personalities which, I think, gets coloured when others collate information. So, I devoured books by international filmmakers. These readings taught me to stop complaining and realised that life is not going to be a smooth ride. Great masters go through challenging times and convert these into opportunities. It was while browsing through the writings of legends that I got rid of cynicism and was filled with a deep sense of optimism.

Perhaps, that is also the time where the seeds of the book I have written germinated. It has taken four years, but it was in the making since then. As I began writing, along with my co-author Reeta Ramamurthy Gupta, I realised the umbilical cord my films share with my life. If Delhi-6 is about the life of my parents, my parental home in old Delhi, in Bhaag Milkha Bhaag, apart from being a Milkha Singh biopic, it also reflects the stories of Partition I had heard while growing up in Delhi. During my sporting career in Delhi, I was inspired by men like Milkha Singh and Dhyan Chand. When I decided to make a film on Milkha, many dissuaded me with a refrain: who will watch a film on an athlete who did not win an Olympic gold and whose life is not a romantic tale? But, for me, Milkha Singh is at par with the greatest sports achievers in the world ever, and here we are today when sports biopics have become a rage.

Personally, I don’t believe in aping others or following fads or keeping an eye on the box office. We all must give ourselves the permission to fail, for when we do that, we do it on our own terms. Besides, isn’t success a relative term and how can it be gauged?

At a personal level, the real joy of making a film is not who starred in it or how many crores it minted, the exhilaration comes when I map the film in my head, write the mood of the music, the conflict of characters. While sharing the downside of my life, the biggest takeaway I want the readers to carry home is that the definition of doing well is not absolute. Cinema is a timeless medium and I can’t be making films for the coming Friday. So here I am writing my new script, delving into mythology harking back 5,000 years. And just in case you are interested, initially my book was called ‘Interval… Picture Abhi Baaki Hai’. Only remember, the history of cinema is not written on the box office. Real cinema lives in your heart and in the heart of its makers.

(As told to Nonika Singh)