What has the abrogation of the Iran nuclear deal achieved for the US? Iranians can’t trade, do business, travel or even import vaccines against the Covid virus. It has only impelled it to look to China and Russia for political, economic and strategic support. Iran and China have agreed upon a partnership under which Beijing would invest $400 billion over 25 years in its economy, infrastructure and industries. 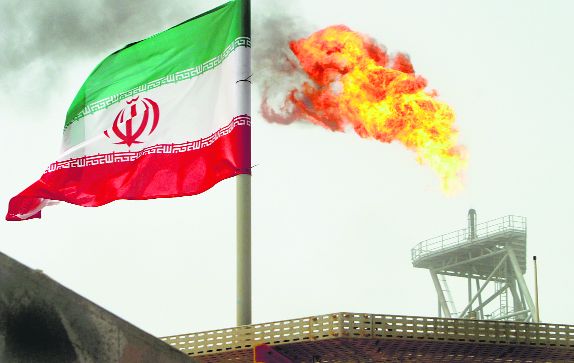 On brink: Pushing Iran to the extreme does not bode well for stability in Gulf. Reuters 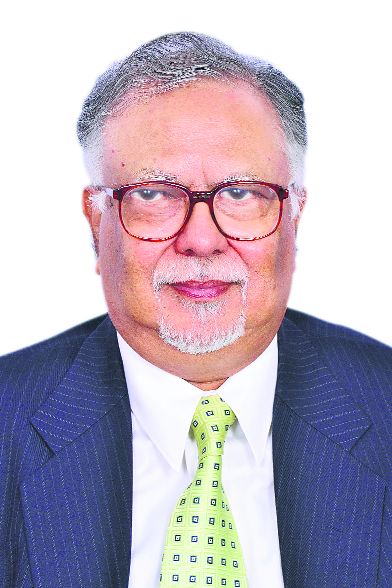 US President Donald Trump’s decision in 2018 to abandon the Iran nuclear deal, called the Joint Comprehensive Plan of Action (JCPOA), two years back was a disaster as it only yielded rippling negative consequences which are reshaping the contours of the Middle East politics even now. Trump’s calculation was that the deal was not good enough as it had neither tied Iran’s missile programme nor its destabilising behaviour in the region; that a policy of “maximum pressure” by putting sanctions on the Iranian oil exports would force Tehran to make far-reaching concessions on these issues, eliminating its aggressive behaviour.

What has the abrogation of the deal achieved? Iran’s economy is in tatters leading to high unemployment, inflation and collapse of its currency. Iranians can’t trade, do business, travel or even import vaccines against the Covid virus. Notwithstanding their sufferings, the revolutionary Islamic regime led by Ayatollah Khamenei (AK), continues to expand its influence. Any expectation that these sufferings would encourage the Iranian people to revolt against the regime has been belied. Iran has started enriching uranium at a much higher level than that prescribed in JCPOA.

This is one more case of the US establishment’s policy going wrong. Further steps by the Trump administration like the designation of Iran’s Revolutionary Guard Corps (IRGC) as a terrorist organisation, assassination of its top commander Qasem Soleimani in January 2020 and its tacit nod to the killing of an Iranian nuclear scientist, Mohsen Fakhrizadeh by Israeli agents reportedly on November 27 last year , have sharply alienated the Iranian public opinion against the US.

The influence of the conservative IRGC backing the clergy and hardliners in parliament has grown. The Iranian people have lost faith in the policy of constructive engagement and cooperation with the West and are now looking favourably on a shift towards the East.

Iran has countered the US policy of maximum pressure by displaying maximum resistance. Iranian-backed militias launched attacks on the two Saudi oil facilities in September 2019 and rocket attacks against the US air base at Balad in Iraq in January 2020.

Given that its conventional weapons capability is limited, Iran has been sponsoring the sub-state actors to project its influence in Iraq, Yemen, Syria and Lebanon. The IRGC, Iran-backed Hezbollah and its units of foreign fighters like Fatemiyoun (made up of Afghan Shias) and Zainebiyoun (Pakistani Shias) played an important role in keeping Iran’s ally, President Bashar al-Assad in power in Syria against the opposition of several countries.

Increasing hostility between the Saudi Crown Prince Muhammed bin Salman and the AK regime in Iran is reshaping the political dynamics in the region. Saudi Arabia is seeking increasing support from Israel in counter-terrorism and security fields against Iran, perceived as their common adversary. Turkey and Malaysia are siding more with Iran. With the two-state solution to the Palestinian issue nowhere in sight, the Trump administration has encouraged the UAE, Bahrain, Sudan and Morocco to establish diplomatic relations with Israel.

The US policy of supporting Israel to retain a perennial edge over its other neighbours in the nuclear and military domains has emboldened Israel to take pre-emptive actions against Iran whenever it feels its security interests are threatened. Iran has demonstrated its ability to retaliate with precision and is waiting for an opportune moment, probably after the departure of President Trump.

The US-Israeli pressure on Iran has impelled her to look to China and Russia for political, economic and strategic support. Iran and China have agreed on a partnership under which China would make an investment of $400 billion in Iran over a 25 year period in its economy, infrastructure and industries.

Iran has reportedly allowed to develop Jask, a fishing village outside the Gulf, into a deep sea port for dual use by the Chinese navy; it will bypass the tension-ridden Strait of Hormuz for supply of crude oil. Iran has also reportedly agreed to let China establish a regional ‘listening’ post at Chabahar, which would allow her to “intercept signals within a range of about 3,000 miles”.

This would cover several American bases in the Gulf under the US Central Command (CENTCOM) as well as strategic locations of India and other countries. Iran is hoping that the presence of the Chinese intelligence, electronic warfare and air defence systems would help her in forestalling attacks from the US and Israel.

Russia is discussing upgrade of its treaty of cooperation signed with Iran in December, 2001. Defying the US sanctions, Russia is willing to sell advance weaponry, including its Su-30 fighters,

T-90 tanks and S-400 air defence system to Iran in exchange for access to bases for its air and naval forces. Iran, China and Russia have been carrying out joint military exercises for some time.

These proposals indicate the turn that Iran could take if it is pushed to the extreme. Fortunately, the US President-elect Biden is aware of the importance of Iran in the Gulf and has signalled that his administration would be prepared to rejoin the nuclear deal. Though both the US and Iran have hardened their positions on the JCPOA, given a choice, Iran would not close its doors on relations with the US, Europe and their partners.

The US, Israel and Saudi Arabia would need to be more forthcoming in meeting Iran’s legitimate aspirations for regime survival and economic development. Failure to do so would only push Iran towards China and Russia, increasing big power rivalries in the region with cascading conflicts, which would harm everyone.

Acceptance of Iran in a US-brokered pluralistic deal (like JCPOA) will certainly reduce tensions in the region, giving one more chance to peace, stability and cooperation. India will welcome such an initiative, as it will help her in augmenting its much-needed political, economic and strategic cooperation with Iran and other countries in the region.