Ironing out the wrinkles 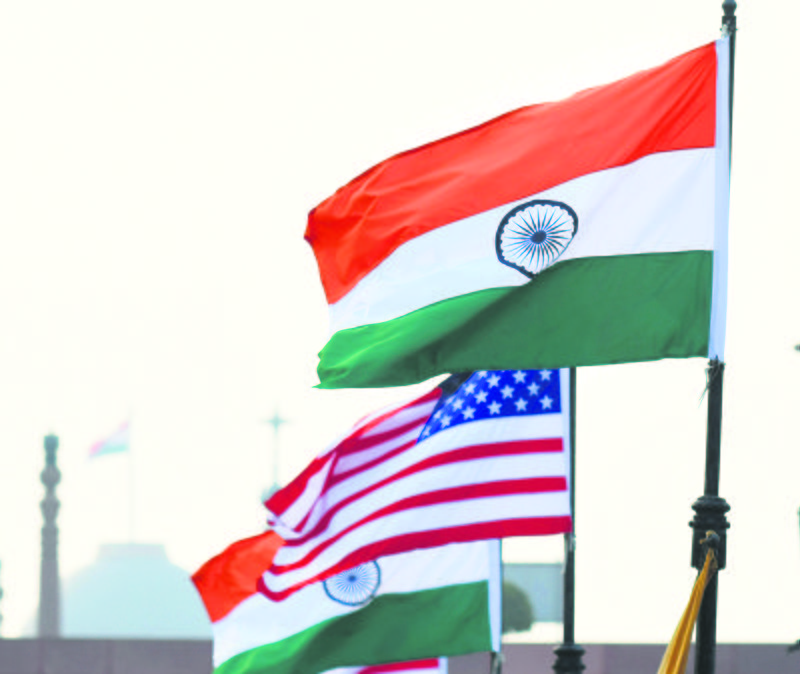 Pinprick: When the Ukraine war is over, the recriminations between Washington and Delhi would have been a mere blip on the radar of their friendship. Tribune photo 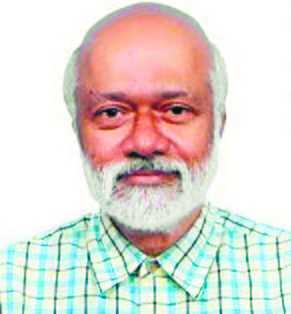 The fourth edition of the 2+2 Ministerial Dialogue between India and the US, beginning in Washington today, is an opportunity for the Biden administration to make amends for the recent intemperate and unfriendly remarks made on Indian soil by two-penny officials from the US, which are at odds with their ‘Comprehensive Global Strategic Partnership’.

Putting pressure on India at this evolutionary stage of its Ukraine-Russia policy will be counterproductive for the US.

To understand where Deputy National Security Adviser for International Economics Daleep Singh, who threatened India with ‘consequences’ for continuing to cooperate with Russia, stood in the US scheme of things, I did a search of The New York Times and The Washington Post websites for the name of this Indian American. The search turned up zero results. Since Daleep Singh makes the most of what he can out of family ties with his namesake, Dalip Singh Saund, the first Indian American Congressman elected in 1956, I searched California newspapers, including San Francisco Chronicle. Nothing. Not one reference to Daleep Singh. His granduncle was elected from California. Appropriately, there are many references in the Bay area media to Congressman Saund, but none to this official.

My searches were prompted by admonition from a current senior US official that Indians were setting too much store by Daleep Singh’s utterances. ‘No one in the US knows him. He is a nobody and he does not count here for anything,’ the official in Washington said. It was implied that this Indian American injected himself into the Indo-US conversation on Russia and Ukraine by promising to deliver in New Delhi, arguing that as an Indian American he could succeed where other Biden administration officials — black and white — before him failed.

As it turned out, he left New Delhi after piling up a baggage of resentment, which other US officials senior to him, will try to clear during the 2+2 dialogue. It is a shame that several Indian newspapers carried this non-entity by every yardstick as their front-page lead and at least one mainstream TV channel interviewed him on prime time.

The official who spoke to me said India was giving similarly exaggerated importance to other minor US functionaries who land up in New Delhi or rush to a microphone and news camera in Washington on Ukraine seeking their 15 seconds of fame in the Indian media. ‘Because India-Russia makes news now, publicity hounds in Washington are exploiting this opportunity.’

US Secretary of State Antony Blinken and Defence Secretary Lloyd Austin, hosts of today’s ministerial meeting, are likely to approach it as an occasion to advance what is possible in Indo-US relations before the mid-term Congressional elections in November. It is widely expected that Democrats will cede control of both the Senate and the House of Representatives to Republicans in the mid-term.

There is virtually no petrol pump in America which does not sport stickers with President Biden’s image boasting ‘I did it’. The stickers are pasted next to the high petrol price display caused by the war in Ukraine.

External Affairs Minister S Jaishankar and Defence Minister Rajnath Singh will engage Americans of multiple persuasions with the aim of consolidating and expanding the huge agenda for bilateral cooperation. Continued inflow of Indian students into US universities, increased investments, technology collaboration… there is no limit to possibilities. When the Ukraine war is over, the ongoing recriminations between Washington and New Delhi over Russia would have been a mere blip on the radar of Indo-US friendship.

In the run-up to the dialogue, India has been trying to change the discourse on relations with the US. Newsweek magazine carried a long opinion article by Taranjit Singh Sandhu, the Ambassador in Washington, with the headline ‘India’s Commitment to Climate Action and Potential for US-India Partnership’. Houston Chronicle similarly carried an Op-Ed by Sandhu on how ‘India’s partnership with the US can win the fight against Covid’.

There was a time not long ago when an Indian Ambassador in Washington could not get beyond India Abroad, the largest ethnic newspaper in the US then, with his views. That Sandhu can get himself read, heard and discussed in the mainstream US media today is only one element in a robust bilateral engagement, which will survive the Ukraine crisis.

On Ukraine, the US side will present its view of the situation and Jaishankar will present the Indian view. Public memory being short, it is forgotten that Jaishankar was the most outspoken Joint Secretary dealing with the Americas in the Ministry of External Affairs and he was equally outspoken in public later as the Indian Ambassador to the US. He never hesitated to call the American spade a spade. After becoming Foreign Secretary, and now External Affairs Minister, he has shown greater restraint, which behoves those positions. By all accounts, in private he never lets the US get away with any actions or behaviour that even remotely resembles the stereotype of the ‘Ugly American’.

At today’s meetings, Jaishankar’s hands have been strengthened by a consensus in Parliament on India’s stand on Ukraine and Russia. During two days of detailed discussions last week in the Lok Sabha on Ukraine, 28 members spoke up and there was a consensus in support of the government. It was after a long time that consensus returned to the political spectrum on foreign policy. Such a national consensus will embolden the government to stick to its stand.

In the US, the two chambers of the Congress have almost as much say in the running of the country as the President. Blinken and Austin will, therefore, understand the implications of last week’s Lok Sabha discussion on Ukraine. Unusually, four ministers took part in the discussion: these ministers went to Central and East European countries affected by the conflict. So their views had a huge impact on the parliamentary proceedings.

It will also not be lost on cerebral Americans that India’s policies on Russia and Ukraine are still evolving. The latest evidence is India’s support for an independent inquiry into the killings in Bucha and new references to transgressions of international law. Putting pressure on New Delhi at this evolutionary stage of its Ukraine-Russia policy can only be counterproductive for the Americans.