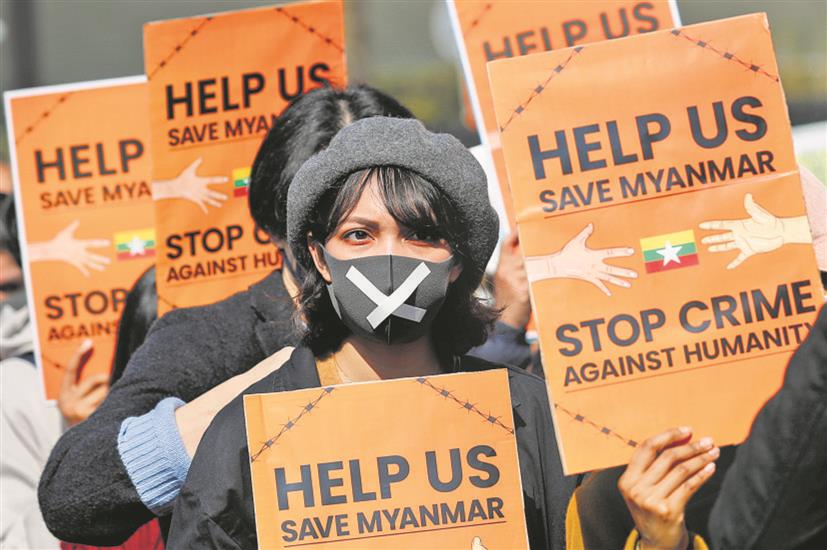 ON EDGE: A majority of Myanmar’s ASEAN neighbours in Southeast Asia are opposed to any sanctions. Reuters 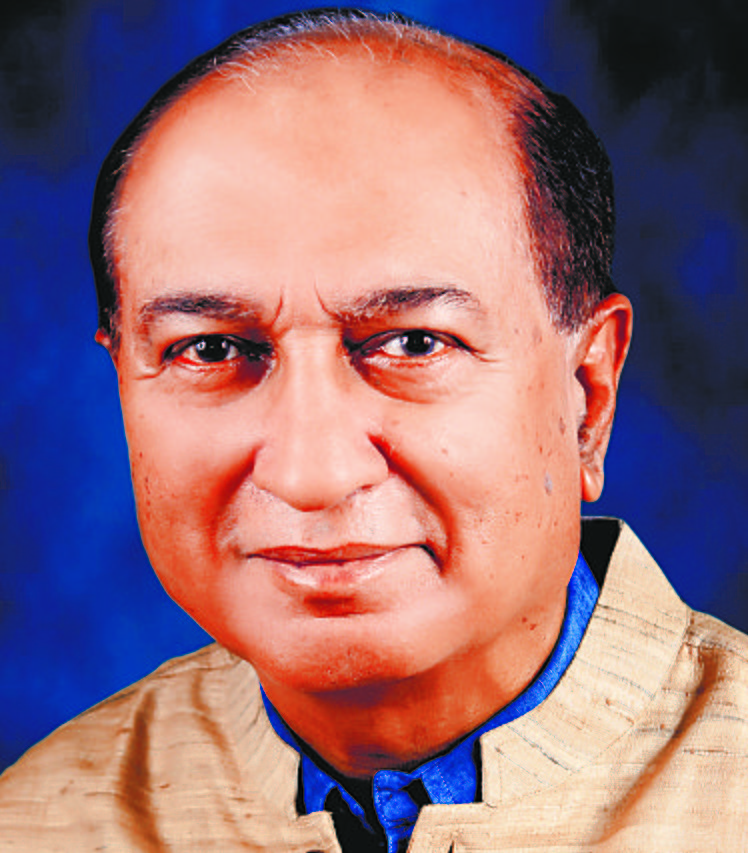 Military dictatorships are now frowned upon across the world. Despite this, military coups do happen, particularly in Africa. Military dictators face prospects of ostracisation and denial of foreign aid. There are two countries in Asia — Pakistan and Myanmar — where the military exercises a strong influence on national affairs, and in shaping government policies. The authority wielded by the Pakistan army is unconstitutional. It knows how to manipulate politicians, and how to dump them. Despite this, the US has frequently been more than comfortable with the army’s extra-constitutional role in Pakistan.

India would have to work closely with Japan, as it has done in the past, to steer negotiations.

While Myanmar attained independence from the British in 1948, it was, thereafter, under military rule from 1962 to 2011. An army-dominated government ruled Myanmar till 2015, and Aung San Suu Kyi became the de facto ruler in 2016, after her National League for Democracy won the national elections. But under Myanmar’s 2008 constitution, key portfolios like defence and internal security are managed by the military, which also has 110 seats in Parliament. Having married a foreigner, Suu Kyi, is disqualified from becoming President. She took over power by being designated as ‘state counsellor’, while the President became a mere figurehead. Despite these shortcomings, Suu Kyi, whose father was Myanmar’s founding father and first President, wielded the powers of office skillfully, and mustered growing public support.

Myanmar has been troubled by ethnic insurgencies since its birth. There are 31 armed ethnic groups, holding control of vast tracts of the country. Some of these groups are funded and armed by China. But thanks to the shortsightedness of western sanctions, China has gained a stronger economic and political foothold in the country. Years of sanctions have given China a dominant say in Myanmar’s economy. China’s economic policies are regarded as mercantile in Myanmar. Thanks to some skillful diplomacy over the past three decades, India has established a good rapport with both Myanmar’s military and political leaders. Indian economic aid has improved communications in Myanmar and led to the development of IT facilities there.

The Bay of Bengal Port of Sittwe in Myanmar was recently built by India. It will serve as a valuable outlet to the sea for India’s northeastern states. While foreign investment has been welcomed in Myanmar, it is China that has derived the maximum benefit from its investments in Myanmar, together with private companies from countries like Singapore, Thailand, Japan, South Korea and Vietnam, making significant inroads. India recently provided Myanmar with its first submarine. Maritime and military cooperation with Myanmar is steadily expanding. The contribution of India’s private sector to investment and business in Myanmar has been virtually non-existent.

Despite its closeness to China, Myanmar has played an important role in curbing and ending the activities of insurgent groups in India’s Northeast. Many of India’s armed separatist groups like the NSCN (K) and NSCN (IM) in Nagaland, ULFA in Assam and separatist groups in Manipur, used to regularly enter Myanmar and establish ties with local separatist groups there, like the Kachin Independence Army. They would enter China’s Yunnan province, where they were feted, armed and trained. Myanmar has cooperated with India in preventing such activities. India, in turn, has prevented Myanmar’s separatist groups, like the Arakan Army, from establishing bases on Indian soil. Recognising that things could get out of hand in Myanmar, on the eve of elections there, India sent its Army Chief and Foreign Secretary to Myanmar in October 2020 for meetings with Commander-in-Chief, Senior General Min Aung Hlaing and state counsellor Suu Kyi. The Chinese foreign minister soon followed suit.

Not surprisingly, Suu Kyi’s party, the National League for Democracy, was swept to power again, winning 258 out of the 330 seats. The military is required to nominate 110 candidates to Parliament. According to the Myanmar constitution, Parliament was to be convened on February 3. The army struck on February 2, seizing power, while placing Suu Kyi and her followers under arrest. This has been accompanied by a crackdown on peoples’ resistance, including demonstrations by healthcare workers, civil servants and teachers. The western powers were till then inclined to being highly critical of Suu Kyi for backing the army’s crackdown on the Rohingya, which led their fleeing to Bangladesh and India. They have, however, now demanded her release. The G-7 grouping, comprising the US, Britain, Canada, France, Germany, Italy, Japan, as well as the EU called on Myanmar’s military to immediately end the state of emergency and restore power to the democratically elected government.

Any move of the UNSC to end military rule and seek restoration of democratic government will be vetoed by Russia and China. Moreover, a majority of Myanmar’s ASEAN neighbours in Southeast Asia are opposed to any sanctions. Japan and India have been working together in dealing with the situation in Myanmar. Tokyo recognises that isolating Myanmar will only force the Myanmar army into a closer embrace of China. India would, therefore, have to work with Japan, as it has done in the past, to steer negotiations. During the past five years, Myanmar’s dependence on China has been reduced by 24%. Myanmar has also not yielded to China’s pressures for the construction of a $3.6-billion hydel project on its Myitsone river. Unlike Pakistan and Sri Lanka, Myanmar has been very careful in not getting drawn into a Chinese debt trap. India and Japan will have to persuade the US and Australia to remember that isolating Myanmar is a recipe for increasing the Chinese presence and influence in the Bay of Bengal and the Indian Ocean.