Bigger projects being allowed with little regard for environmental fallout 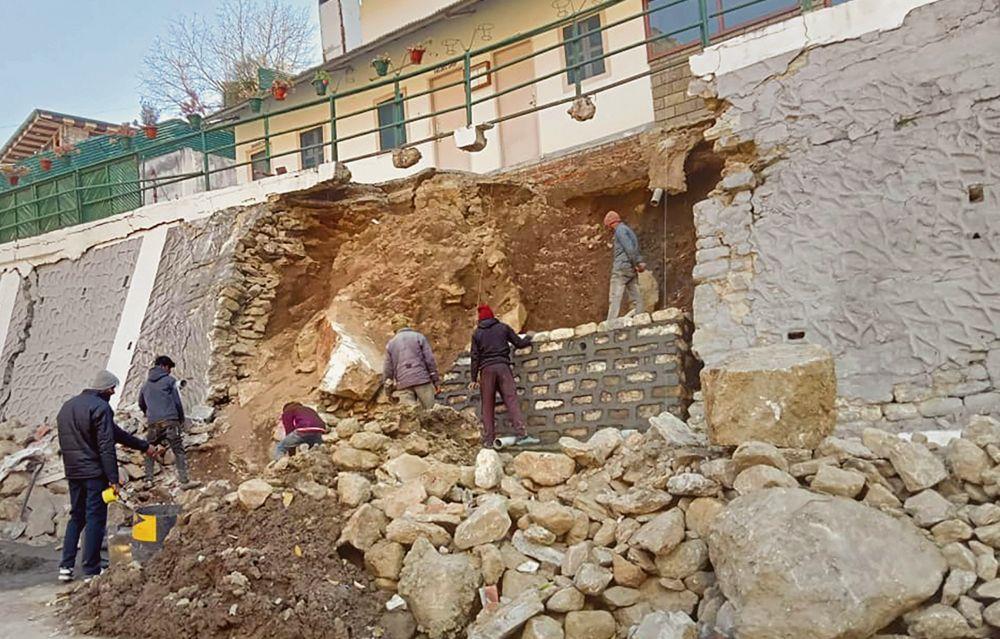 Alarming: There is a deliberate dilution of environmental norms for projects. PTI 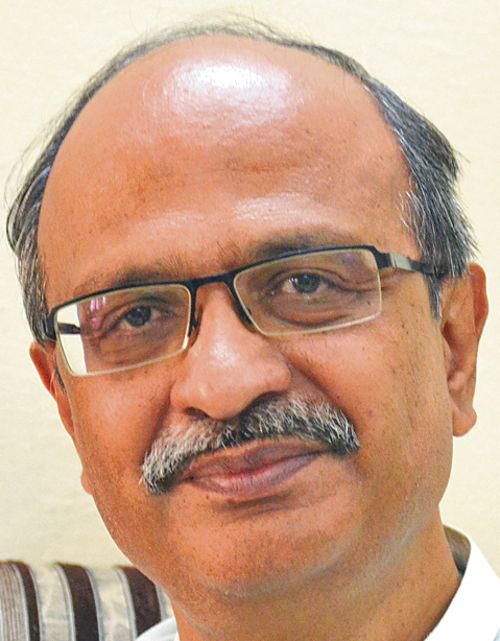 Joshimath is sinking. Over 600 houses have developed cracks. Dozens of families have been rendered homeless. Some commercial buildings like hotels are precariously leaning on each other. The town located at 6,000 feet above sea level is the gateway to the holy shrine of Badrinath — one of the Char Dhams — as well as the Sikh pilgrimage centre at Hemkund Sahib and the skiing attraction of Auli. Joshimath forms part of an ecologically sensitive zone in the Himalayas. The geology of these relatively young mountains is different from others and it varies a great deal within the region. While the nearby Hathi Parbat and Auli are situated on stable rocks, Joshimath lies on weathered and unsettled boulders which form part of an ancient landslide. This makes it a landside-prone area and construction activities like blasting and tunnelling can disturb the ground.

When the PM and PMO are monitoring projects like Char Dham, the buck should stop with them for the sinking.

Since 1970, when a large boulder got detached from the hill and fell into the Alaknanda river near Marwari, dozens of scientific studies and expert committees have concluded that increased construction activity and growing population pressure are responsible for landslides and slips in this region. A reasonable amount of construction activity like roads for local people, water supply, drainage systems and small hydropower for local consumption is necessary and may be justified. Successive governments, however, have pushed bigger projects — highways, hydropower, infrastructure development and so on — with little regard for environmental fallout.

It is futile to blame nature, climate change or local people for disasters, like the one unfolding in Joshimath. These are all policy-led disasters made in New Delhi, for the following reasons. First, the unbridled support of the Centre to large hydropower projects even after the 2013 Kedarnath tragedy. It was clear that the high sediment load in paraglacial zones was a serious problem for the longevity of the existing and under-construction hydel projects in Uttarakhand. Given this, a Supreme Court-appointed expert group suggested that ‘the terrain above the Main Central Thrust (MCT) in general, and above the winter snowline in particular, should be kept free from hydropower interventions.’ In an affidavit in December 2014, the Ministry of Environment, Forests and Climate Change concurred that there was a direct and indirect impact of hydropower projects in the aggravation of the floods in 2013’ and that ‘it is essential to demarcate areas in the higher Himalayan region that are naturally unstable’ for hydropower projects. The Ministry of Water Resources too told the apex court in 2016 that a review of such projects was essential to protect the safety of people living in these areas. All these affidavits from the ministries have remained on paper as no hydropower project has been reviewed or scrapped since 2013.

As if the hydropower assault on the Himalayas was not enough, the Centre in 2016 launched the Char Dham Highway Project to construct 800 km of four-lane highway in the hills. The project followed the same road design as in the plains — 12-metres-wide ‘double lane with paved shoulder’. This meant widespread cutting of trees, destabilisation of valley slopes, destruction of natural springs, and dumping of muck and debris in valleys below. A high-powered committee appointed by the SC to appraise the project felt that the width of the road was directly proportional to the ecological destruction and that the damage could be minimised if the road width was slashed. The Ministry of Road Transport could have done this easily, since in 2018, a circular was issued prescribing a different design for roads in hills — an intermediate carriageway of 5.5 metres. But it not only chose to disregard its own rules but also concealed the 2018 circular from the court-appointed panel. The ministry allowed ecological destruction by insisting on a wider highway in the fragile hills.

The second reason is the deliberate dilution of environmental norms for projects. All large projects are subject to Environment Impact Assessment (EIA) and must have an Environment Management Plan (EMP). For road projects, the EIA threshold is 100 km. To escape this regulatory requirement, the Char Dham Project was broken up into 53 projects of less than 100 km each. So, despite being contiguous and having cumulative impacts on the environment, the project got away with no regulatory scrutiny and the need for a remedial EMP. The larger issue is that way the government is diluting environmental norms for the sake of ease of doing business. Between March 2020 and 2022, as many as 123 regulatory changes were made in environmental rules, as a study by the Vidhi Centre for Legal Policy found. Almost three-fourths of these changes were meant to relax rules and give exemptions from the statutory requirements.

The third reason is the unabashed promotion of tourism in ecologically sensitive areas with no regard for their carrying capacities, in the name of religious tourism. In addition to the highway project, the government has plans to introduce train service and ropeways in the Char Dham region. PM Modi declared during his last visit to Kedarnath that ‘rail, roads, and ropeways bring employment with them and make life easy and empowered’ and that they ‘enhance tourism and make transportation easy in the hilly area’. Official agencies use his frequent visits to the region to promote tourism. The meditation cave, in which PM Modi spent 17 hours in solitude, has become a centre of attraction for devotees. It has become popular among Indian and international pilgrims, says a government handout. As a result, three more such caves are being built for tourists.

The government response, even after the unfolding disaster in Joshimath, is superficial. At a meeting called by the PMO, it was mentioned that only a strip of 350 metres was affected. When the PM and PMO are monitoring projects like Char Dham, the buck should stop with them for the sinking. It’s time for remedial action and not window-dressing.