Joshimath disaster a warning for Mussoorie : The Tribune India

Joshimath disaster a warning for Mussoorie

The planned tunnel below Mussoorie is dangerous because it can damage the very foundations of the town. The proposed ropeway from Dehradun to Mussoorie is another disaster in the making. Curiously, the ecological and financial impact has remained a closely-guarded secret. Overbuilding plagues Mussoorie, but much of it happens beyond the reach of the municipality. 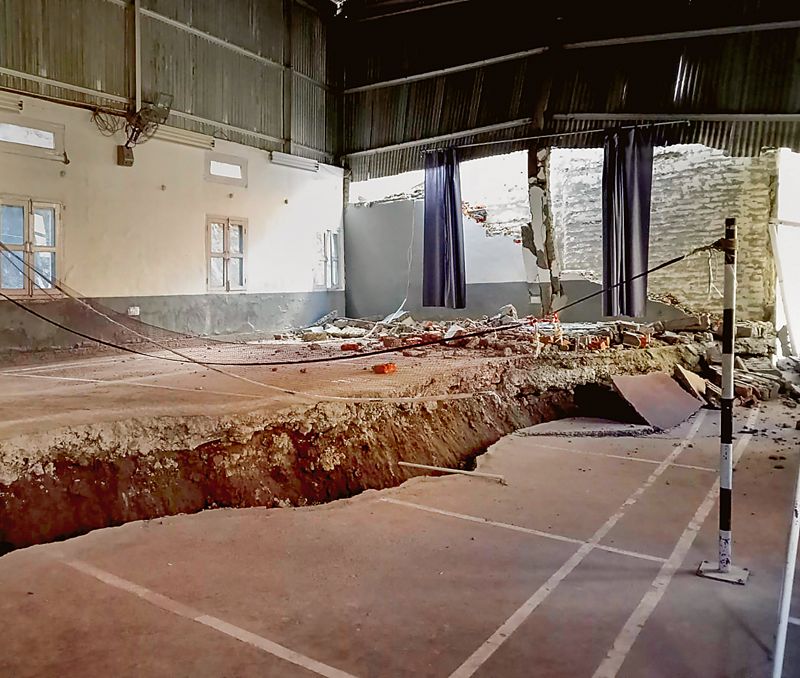 Man-made tragedy: We should avoid the quick-fix route that led to devastation in Joshimath. PTI 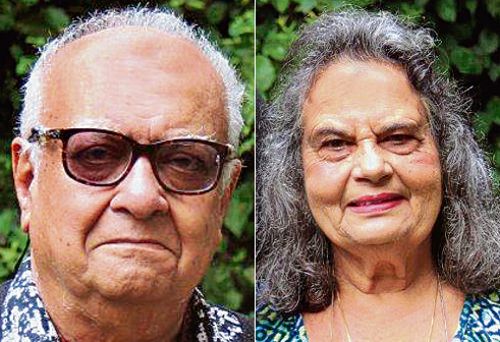 THE Joshimath disaster was man-made; the civic authorities refused to enforce the carrying-capacity rules of the area and so overloading led to the collapse of the ground support.

In Mussoorie, a wing of the Lal Bahadur Shastri National Academy of Administration (LBSNAA) identified the carrying capacity of our terrain in 2001 and said, “That the construction cannot expand is clear... although most sections of the resident population believe that the development agencies must be kept out of the city limits.” The agencies referred to are the Government of India, which interferes only in the case of Central organisations such as the LBSNAA and the Indo-Tibetan Border Police. The major agency is the Mussoorie Dehradun Development Authority (MDDA) and it is this organisation that the people of our little town turn their ire on, blaming it for our present sorry state.

But that is far too simple an explanation. The prime cause, as the far-seeing president of the Uttarakhand Hotel and Restaurant Association Sandeep Sahni says, is the lack of a development plan for Mussoorie. It is not for the politicians and administrators to impose their views on us. It is for us to say how we want Mussoorie to grow. This is what our City Board did in the past. Our elected representatives controlled everything in our town and were rated as extremely caring and self-reliant guardians of our domain. We even supplied virtual run-of-the-river hydroelectricity to Mussoorie, Rajpur, Dehradun and Clement town.

This brings us to the most critical point in this analysis of the ominous portents that seem to be rising on the horizon of Mussoorie. The element which led to the destruction of Joshimath was water — its precipitation, flow, accumulation, effects on the soil and destructive force. This has been brought out superbly in Indic itihas: the story of the descent of the Ganga. When a great flood deluged the Himalayas, it might have destroyed the earth. Lord Shiva, deity of the mountains, uncoiled his tangled locks and tamed this destructive deluge, releasing only so much of it as was needed to irrigate the earth. This is a superb allegory for the role of the forests of the Himalayas in preserving the hydrology of India’s monsoon and recharging our mighty rivers and aquifers.

Besides the fact that enormous reservoirs of ice and snow are held by our endangered Himalayan forests and glaciers, our mountains are the youngest in the world. This third polar region is growing; it is being thrust higher and higher into the sky at the rate of 5 cm a year. The ecological web of life of our mountains has evolved to adjust to this slow ascent, but human activities have not. The enormous weather cycle of the monsoon has become a part of this cyclic storm, but when human development enters the scene, the ecology does not have the time to adjust. The old grey-gravel, bajri roads permitted water to filter down through our limestone slopes and recharge our aquifers, feeding the springs on which our town depends. Cement roads force rain, hail, graupel and snow to run off. With no drainage channels, they accumulate in our limestone slopes, causing them to bulge and, eventually, burst as destructive landslides. This is what happened in Joshimath. Over-concretisation blocked natural drainage, landslides happened, and the very foundations of the town collapsed.

So far, the overbuilding in Mussoorie has not had that effect, thanks to its forest cover, but this protective greenery is also endangered by some politicians, who see our forests as potential sources of personal wealth, or are led to believe that the faster a visitor completes his journey, the happier he will feel.

The planned tunnel below Mussoorie is dangerous because it can damage the foundations of our town. The proposed ropeway from Dehradun to Mussoorie is another disaster in the making. Curiously, the ecological and financial impact has remained a closely-guarded secret. Are the citizens who pay for these projects not entitled to know how they will benefit? And also, why has not a risk assessment of their impact being revealed?

In Joshimath, the construction of both the ropeway and the tunnel has been stopped and so too has road development. Roads, unless carefully planned, alter the natural flow of rainwater. Besides, they add to the load on the hillside. When traffic is held up on a mountain road, the burden on it increases as if as many boulders of the size and weight of each vehicle had tumbled on the road. Do road builders allow for such additional static burden on the roads? And is this the reason why we have such frequent landslides on the Mussoorie-Dehradun road?

Overbuilding plagues Mussoorie, but much of it happens beyond the reach of the municipality. A significant number of constructions are seen on the Mussoorie-Dehradun highway. Many of these constructions are called ‘Maggi Points’ after a popular brand of instant noodles. Many, nowadays, cater to a new social phenomenon. It is a trend which has grown because youthful expectations are anathema to their conservative parents. Relationships in the western world have evolved through dating to intimacy on the back seat of cars, to living together. Our youth see such glimpses of these relationships on their smartphones and other media. They know that parental sanction is out of the question. Many ‘Maggi Points’ cater to this need. In deliberately flaunting conservative taboos, the ‘Maggie Point’ owners are often tempted to take structural risks since they never know when their establishments will be shut down.

Then there are opportunities in ghost villages, crop-damaging animals, the need to develop and publicise high-altitude produce and, most essentially, remote villages’ accessibility to healthcare, education and the market. There are solutions to all these problems if only we do not take the quick-fix route that led to the disaster of Joshimath.