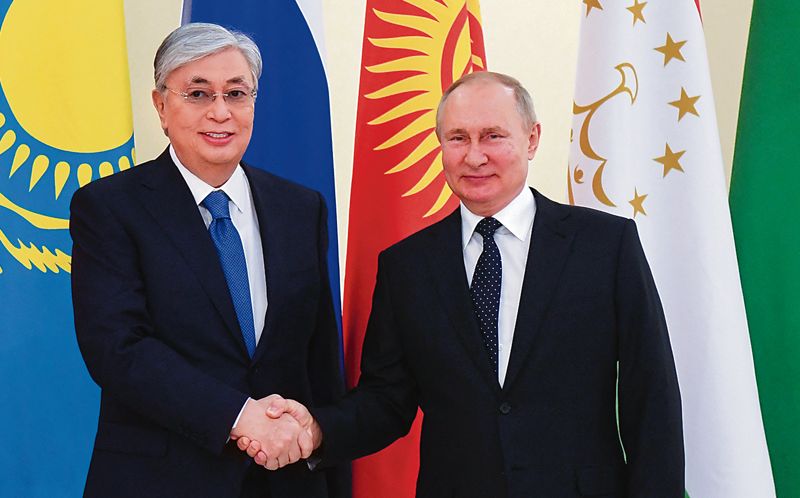 Deja vu: The developments in Kazakhstan bear an uncanny resemblance to the 2014 colour revolution in Ukraine. Reuters 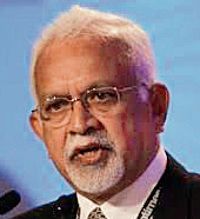 The US containment strategy against China and Russia has failed to gain traction beyond the realm of rhetoric. This has prompted the US to enforce a bifurcation of the world community — ‘You are either with us, or against us.’ US Secretary of State Antony Blinken has been nudging ‘swing states’ like Turkey, Saudi Arabia, the UAE and India, as Russia’s standoff with the West over Ukraine continues. The US has imposed sanctions against select African and Latin American countries that maintain close ties with China.

Moscow and Beijing are poised to coordinate a security framework for the Central Asian and Eurasian regions, effectively blocking NATO from expanding eastward.

Unsurprisingly, Kazakhstan, sandwiched between China and Russia, has become a testing ground. The recent developments in Kazakhstan bear an uncanny resemblance to the colour revolution in Ukraine in 2014. Militant nationalists and pro-western groups joined hands to delegitimise the Kazakh government. As in Ukraine, protesters resorted to violent methods to undermine security agencies and paralyse the government while agents provocateurs queered the pitch for usurpation of state power.

Russia, which is traditionally the provider of security in Central Asia, took a low-key approach initially and refrained from pointing finger at any foreign interference. But Kazakh president Tokayev alleged that external forces were instigating the protesters. Two of Russia’s close allies, Belarus and Serbia, also repeated this allegation. Their Presidents spoke of a regime-change agenda. On Friday, the Iranian foreign ministry commented that ‘some foreign parties were trying to take advantage of the situation’ and stirring up unrest in Kazakhstan.

Tokayev said in a nationwide address: ‘Gangsters and terrorists very well trained, organised and commanded by the special centre. Some of them were speaking non-Kazakh languages… The analysis of the situation showed that Kazakhstan is facing an armed act of aggression well prepared and coordinated by perpetrators and terrorist groups trained outside the country.’

As violence cascaded and Tokayev sought help from the Collective Security Treaty Organisation (CSTO), the Kremlin sprang into action through the night of December 5. This is the first time that the CSTO is seeing ‘action’ since its inception in 1992. The CSTO deployment is a de facto Russian operation and it took Washington by surprise. Blinken called his Kazakh counterpart within hours of the Russian deployment and advocated for ‘a peaceful, rights-respecting resolution to the crisis,’ and raised the priority of ‘promoting stability in Europe, including support for Ukraine’s sovereignty and territorial integrity in response to Russian aggression.’

Washington understands that Moscow has created new facts on the ground that would pre-empt any further western attempt to install a pro-West government in Kazakhstan and encircle Russia. This becomes a defining moment in post-Soviet history, considering that Russia and Kazakhstan alone account for 80 per cent of the territory of the former Soviet Union.

Western capitals have grasped that a new geopolitical reality is appearing in the strategic Kazakh landmass that straddles Russia’s 7,600-km border in the south and China’s 1,780-km border of Xinjiang. (Baikonur Cosmodrome and Sary Shagan, the testing range for Russia’s ICBM missiles, are located in Kazakhstan.) Moscow has become ‘a guarantor, whose actions might determine how the situation will unfold,’ as the top Kremlin pundit, Fyodor Lukyanov, wrote.

Kazakhstan will not be a drag on Russia. Apart from being a resource-rich powerhouse, Kazakhstan stands out in the Human Development Index. Adult literacy rate in Kazakhstan stands at 99.8%. Asian Development Bank estimates that only 2.7 per cent of Kazakhstan’s population (17 million) lives below poverty. With a GNI per capita of $25,000, Kazakhstan is not a ‘poor’ country. Poverty is largely related to employment opportunities, which have been plentiful in the oil business. Kazakhstan has achieved many of its Millennium Development Goals.

The Russian presence in Kazakhstan can be seen as a game changer in the geopolitics of Central Asia. The great game is not going to end here, but just when the Biden administration began sounding bugles on Russia’s western front, Moscow is gaining strategic depth elsewhere. No doubt, the CSTO intervention in Kazakhstan signifies a setback for the US’ Indo-Pacific game plan to destabilise Xinjiang.

Beijing lost no time to signal its satisfaction over the turn of events in Kazakhstan. The Chinese foreign ministry said on Friday, ‘China and Kazakhstan are friendly neighbours and true strategic partners. The sides have always been maintaining good contacts on issues of border control and cooperation… The border between China and Kazakhstan has become a bridge of friendship and a link of cooperation… The Chinese side is ready to continue close cooperation to maintain tranquility in border regions, to promote the development of regions in border areas.’

It is conceivable that Beijing and Moscow have been in consultation regarding the incipient signs of an upheaval in Kazakhstan and its potential consequences for regional security. What needs to be factored in is that the CSTO is also moving toward putting the establishment of dialogue and cooperation with China on the alliance’s agenda, anchored on the Sino-Russian strategic partnership.

This follows President Xi Jinping’s statement during his talks with President Vladimir Putin on December 15, underscoring Beijing’s intention ‘to resume flexible and multifaceted cooperation with Russia and other CSTO countries in order to maintain security and stability in the region.’

Looking ahead, Moscow and Beijing are poised to coordinate an overarching framework of collective security for the Central Asian and Eurasian regions. This will effectively block NATO from expanding eastward. Putin’s forthcoming visit to Beijing assumes great importance.