Keep govt out, what social media needs is self-regulation

The sooner the main stakeholders get together and formulate ways to keep the negative aspects out while retaining the positive, the better 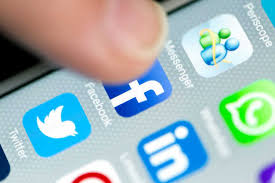 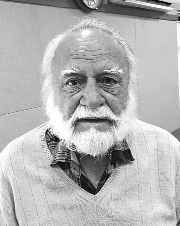 All governments, even the most democratic and transparent, have a sneaky side to them. When the situation gets uncomfortable, instead of coming out clean, they often try to fool the public by slyly sneaking in a concocted excuse. A few days ago, social media platforms were ordered to remove over a hundred posts. Most of them were on Twitter and Facebook. Did they contain “fake news” or pornography? No, they related to what is of paramount concern to the entire country, which is the mishandling by the government of the second — and much worse — wave of the pandemic.

It seems only the other day that the Prime Minister and the inept Union Health Minister were patting themselves on the back for having got the better of the Covid-19 virus. Then came the tsunami of tens of thousands of new infections, the shortage of life-saving oxygen, and of hospital beds. Meanwhile, election rallies and religious gatherings of lakhs of people continued, unhindered and unmindful of social distancing and the need to wear masks. All this was reported by the media and shown on the screen.

But it was the social media, those with their “smart” phones, who went to the crematoriums, to hospitals, and to homes, that brought the unfolding tragedy into the consciousness of millions, here and abroad. The official figures of those infected, as well as the number of deaths, were hugely “underreported”, it turns out. Heart-rending images of car parks, and even public roads, being used to cremate the dead filled the screens of many cell phones.

The conclusion was inescapable. The government bungled badly and the pathetic public health infrastructure simply could not cope. The authorities could do little against the reports of major papers and TV channels, but they could act against the social media, which is exactly what they have done. As I write this comes the news that Facebook blocked all posts that were tagged “Resign Modi”, before restoring these hours later. Was Facebook pressured by the government to do the initial blocking? Facebook has denied it, saying rather lamely that it was a “mistake”. Make what you like of that admission.

Nevertheless, much the same reasons were given by the government as had been given earlier for the removal of Twitter posts. This was done, officials said, to “prevent obstructions” in the fight against the pandemic and escalation of crimes against public order. So, Facebook was obstructing the fight against the pandemic and also posing a threat to law and order? Make what you like of that accusation as well. The blocking was ordered by the Ministry of Electronics and Information Technology (MEIT), on the recommendation of the Ministry of Home Affairs. This is nothing but sly censorship of the social media. I believe it is the sinister shape of things to come.

For a fuller understanding of what is really going on, we need to go back to February 25 this year, when the same MEIT and the Ministry of Information and Broadcasting jointly released “Information Technology (Guidelines for International and Digital Media Ethics Code) Rules, 2021”. Looked at closely, they are a cleverly disguised code for censoring the social media. The “Rules” must have been in the making for a long time. They were presented as a fait accompli, without even Parliament having been taken into confidence. The irony is that the ruling Bharatiya Janata Party has been the main beneficiary of the social media. Its IT cell used it to great effect in the 2014 General Election. But the Congress seems to have got its act together and is now not too far behind. Clearly, the BJP feels that it needs to retain its hold on the social media by enforcing these self-made new “Rules”. And incredibly, these are meant to be implemented by “mid-May”, which means in the next few days! They must be resisted by all those who value freedom of speech and expression.

The power and influence of the social media has grown exponentially in recent years. There are an estimated 70 crore Indians who use the Internet and at least 30 crore who also have smartphones. They get most of their information from Facebook, WhatsApp, Google, YouTube, Twitter, and the like, which are also used as a means of communication. Then, there are news portals which tend to be more outspoken than the major TV channels. Critics of the government are gravitating towards them, after being squeezed out of the more established channels. These portals, too, are under threat from the “Rules”.

Needless to say, the social media has its detractors, mainly those who feel it spreads “fake news” and carries material disturbing for young, impressionable minds. But the good it has done far outweighs the harm. The pandemic created a dangerous void for schools and colleges. Fortunately, it was filled by online classes and teaching. Without that, our education system would have been in a limbo. The choking to death of George Floyd by a policeman was filmed by a teenager on her cell phone. That provided clinching evidence for the conviction of the policeman. These are just two telling instances. Let’s be clear, the social media is here to stay with us in a big way. We don’t need the government to regulate it with any kind of “Rules”. That is the sure road to censorship. What is needed is self-regulation. The sooner the main stakeholders get together and formulate ways to keep the negative aspects out while retaining the positive, the better. But keep the government at a safe distance.