The fears on the viability of the Ken-Betwa Link Project are unfounded and devoid of ground realities in the region. Water is a key driver of overall socio-economic development in any region. The Ken-Betwa project would be a big boon for drought-prone and water-starved Bundelkhand region. The project will definitely bring economic prosperity to this backward area due to increased agricultural activities and the arrest of migration of people from the region. 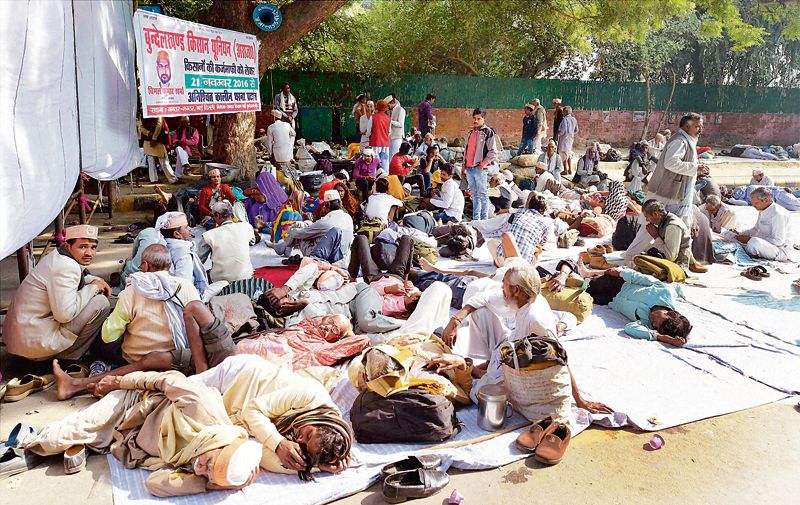 Beset with problems: The Bundelkhand region faces water shortage and consequent drought. The inter-river link is expected to bring relief to the area. PTI 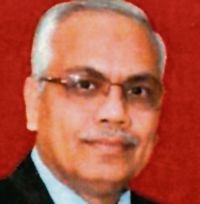 IN the article titled ‘Ken-Betwa project can ravage Bundelkhand’, published in these columns on December 22, Himanshu Thakkar questioned the viability of the Ken-Betwa Link Project (KBLP) while highlighting its adverse impact, particularly on the Panna Tiger Reserve (PTR). He also questioned the Union Government’s decision for Central support and implementation of the project pending the final forest clearance and recommendations of the Central Empowered Committee (CEC) submitted to the Supreme Court.

The Bundelkhand region is frequently in the grip of severe droughts, particularly during the non-monsoon period. The region is also not very rich in groundwater due to hard rock and marginal alluvium terrain. Therefore, there is a need for a project of a scale which will help in harnessing the flood water during the monsoon period and stabilise water availability in the region in the lean period, particularly during the drought years. Consequently, the government approved the implementation of the KBLP on December 8. It envisages to provide enormous benefits to the region covering an annual irrigation of 10.62 lakh hectares, drinking water supply to a population of about 62 lakh and also generate 103 MW of hydropower and 27 MW of solar power, utilising about 4,909 million cubic metres (MCM) of water.

Coming to the points raised by Thakkar, Stage-II forest clearance is granted on fulfilling the conditions of Stage-I clearance, i.e., transfer of requisite non-forest land/degraded forest land for compensatory afforestation (CA), transfer of cost of CA and Net Present Value (NPV) in the Compensatory Afforestation Fund Management and Planning Authority (CAMPA) fund of the State etc apart from other conditions of forest clearance. The progress on these conditions can be made only after approval of the project by the government and budgetary support. Initially, the focus would be on land acquisition, rehabilitation and resettlement (R&R), environmental management plan etc before planning and taking up construction work.

The recommendations of the CEC were thoroughly discussed by a Special Committee on Interlinking of Rivers (SCILR), headed by the Union Minister of Jal Shakti, the apex body for taking decisions on various issues on ILR, during its 17th meeting held on February 26, 2020. Based on the recommendations of the CEC to examine the alternative of the KBLP through a specialised agency to meet the irrigation needs of the proposed command area, the Special Committee was of the opinion that all the available alternatives/options have already been examined while preparing the Detailed Project Report (DPR) and the KBLP was the only viable option to meet the water needs of the drought-prone Bundelkhand region. The replies to the recommendations of the CEC have been submitted to the said committee by the National Water Development Agency (NWDA) and the case is under consideration in the Supreme Court. The court, in its judgment dated February 27, 2012, had directed to take up the Ken-Betwa link project for implementation at the first instance itself.

The article states that the KBLP will lead to a loss of 10,500 hectares of wildlife habitat in the PTR. The figure quoted is not based on facts. As per the detailed assessment made, the Daudhan reservoir will cause the submergence of 4,141 hectares of the core area of PTR (about 7 per cent of the total core area of 57,600 hectares of PTR) and another 1,314.4 hectares in the PTR buffer. The link canal will impact another 65.50 hectares of the core area and 58.02 hectares of the buffer area of the PTR. Thus, the total area impacted by the project is 5,578 hectares only, a mere 3.5 per cent of the total area of 1,57,800 hectares of the PTR. The author ignores that this loss of the core area of PTR is being compensated by providing revenue land/degraded forest land for compensatory afforestation in the vicinity of the PTR. The water lake created under the project shall also form part of the PTR, thus increasing the overall area of the PTR and its carrying capacity. As per the assessment made, about 43% of the submerged area will be available as pasture land after November which would lead to a significant increase in herbivorous population in the PTR. Moreover, a comprehensive Landscape Management Plan (LMP) is being prepared by the Wildlife Institute of India (WII) for the conservation of wildlife and biodiversity, not only in the PTR area but also in the surrounding area to offset the impact of the Daudhan reservoir. Under LMP, it is proposed to integrate the PTR with Nauradehi wildlife sanctuary (WLS) and Durgavati WLS in MP and Ranipur WLS in UP to increase the carrying capacity of the PTR. Thus, the project is aimed at not only providing water security in the Bundelkhand region, but also ensuring the overall conservation of the region, especially for landscape dependent species such as tigers, vultures and gharials.

The article mentions that the cost of ecosystem services lost due to the diversion of forest land has not been included in the cost of the project, which is factually not correct. In case of submergence due to the Daudhan reservoir, the value of eco-services of Rs 3,512.8 crore in the form of NPV of submerged area has been added to the cost of the project, apart from keeping liberal provisions for compensatory afforestation and catchment area treatment.

The article further mentions that the project is meant for benefiting the Upper Betwa region which is outside the Bundelkhand region. Perhaps, the author has not gone through details of the DPR. The project is planned to largely benefit the Bundelkhand region in two states. A provision of 2,266 MCM of water has been kept to meet the requirement of the area coming under Upper Ken basin.

The hydrological studies for the project have been carried out by the National Institute of Hydrology, Roorkee, as per the standard procedure followed for water resource projects in the country. The hydrology has been examined and reviewed thoroughly by the Central Water Commission.

The project will also rejuvenate all the tanks in the en route area of the link canal by feeding through the link canal, wherever possible and would help in groundwater recharge. The use of micro irrigation is also planned in about 5 lakh hectares command of the project for better water use efficiency.

The fears on the viability of the KBLP are unfounded and devoid of ground realities in the region. Water is a key driver of overall socio-economic development in any region. The project would be a big boon for drought-prone and water-starved Bundelkhand region. The project will definitely bring economic prosperity to this backward area due to increased agricultural activities and the arrest of migration of people from the region.