Real tribute would be to encourage young scientists and research 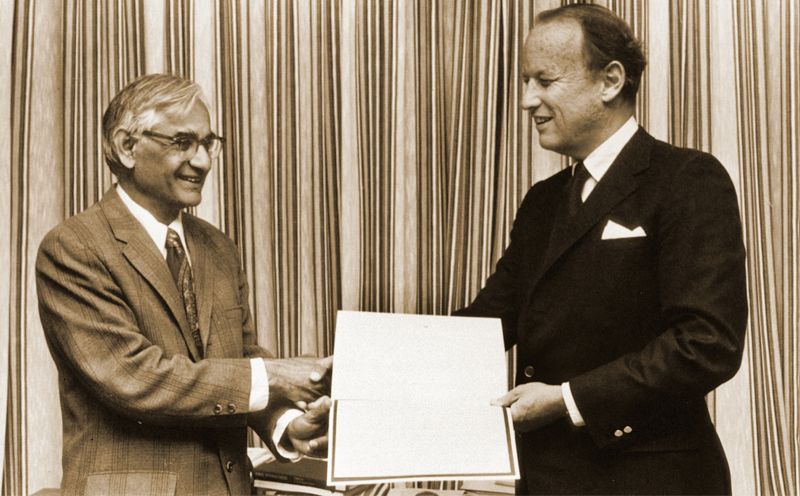 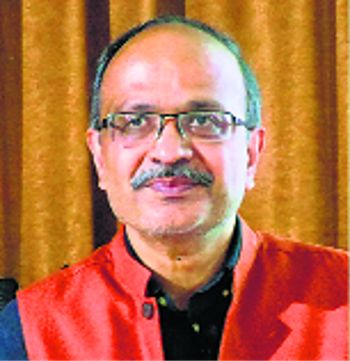 THE New Year has begun with a significant event on India’s science calendar — the birth centenary of Nobel laureate Har Gobind Khorana. It is an occasion to recall the pioneering contributions he made to the fields of chemical biology and genetics and their continuing relevance. The centenary has brought into focus the lesser-known scientific legacy of undivided Punjab which was the birthplace of three Nobel laureates — Subrahmanyan Chandrasekhar, Abdus Salam and Khorana. The state also produced several other scientists like Shanti Swarup Bhatnagar, Ruchi Ram Sahni and Yash Pal. It is a shared legacy of the subcontinent that needs to be celebrated.

Amidst the celebrations have surfaced stories about how Khorana failed to get a job after he returned to India in 1949 with a doctorate from the University of Liverpool and post-doctoral research experience at the Swiss Federal Institute of Technology, and that he was forced to return to Europe. Though the phrase ‘brain drain’ was not in vogue then, Khorana’s could be the most celebrated case of the phenomenon, in retrospect.

Khorana was among the earliest products of the exercise to boost modern higher education in India, initiated by Sir Ardeshir Dalal, head of Planning and Development in the Viceroy’s Executive Council appointed in 1944. Dalal found that existing educational institutions were not capable of producing manpower necessary for developing an industrial base in India. It was his idea that India needed MIT-like technology universities. For the short term, he drew up a scheme, Government of India Fellowship Programme, to sponsor higher education of Indian students in Europe and America. Among the first set of students to benefit from this scheme was Khorana who had just finished post-graduation in chemistry from Punjab University in Lahore. Several generations of Indian students got this scholarship which was continued after Independence as well, and upon return to India they were deployed to work in scientific institutions and industry.

At the time Khorana was beginning a career in science in the post-war world, scientific research in the newly Independent India was just getting organised. The Indian Agricultural Research Institute — where he was seeking an appointment — was far from being a vibrant research outfit. The facilities for basic research were lacking, as pointed out by several visiting scientists. For example, Kenneth V Thimann of Harvard University, who was in India to address the Indian Science Congress in 1957, wrote to PM Nehru: ‘Numerous young PhDs have gone abroad to receive some training in some aspect of modern plant physiology, but too often they return to a heavy schedule of teaching and a laboratory whose equipment can only be described as medieval.’

The Council of Scientific & Industrial Research (CSIR) — founded to meet the war exigencies in the 1940s — was being shaped to serve the needs of an aspiring nation. The overhaul of other colonial-era research councils such as agriculture and medical research councils was yet to begin. The work on a spate of new educational and research institutions meant there was a clamour for resources. The scientific community and the government were still debating the division of resources for utilitarian research meant for nation-building and basic research. Foreign exchange crunch meant scientists either had to fabricate instrumentation on their own or look for aid from UN agencies or foreign governments. Dollars needed for subscriptions to scientific journals had to be justified to the Reserve Bank of India.

This answers if Khorana could have achieved in India what he did in universities in Europe and North America had he been employed in any Indian laboratory in the 1940s.

In the early 1960s, Khorana moved from Vancouver to the University of Wisconsin at Madison to become co-director of the Institute for Enzyme Research where he did his path-breaking work on the synthesis of proteins. In India, biochemistry research then was just taking shape and the discourse centred on establishing a National Biological Laboratory on the lines of the National Physical Laboratory (NPL) and the National Chemical Laboratory (NCL) under the CSIR. The UGC was trying to figure out ways to promote biochemistry education and research in universities. Dr Pushpa Mittra Bhargava, then a young biochemist at the Regional Research Laboratory at Hyderabad, was prodded by his mentor Dr Syed Husain Zaheer to organise a group of biochemists to chalk out research agenda in this new field. The group met informally in January 1960 in Khandala – at a villa owned by writer Mulk Raj Anand who happened to be a close friend of Zaheer. Independent of this initiative, Dr Obaid Siddiqi networked with international groups to shape the Molecular Biology Group at the Tata Institute of Fundamental Research (TIFR). Siddiqi’s brainstorming sessions became famous as the Mahabaleshwar Seminars in modern biology, while Bhargava’s initiative continued as ‘Guha Research Conference’.

Khorana was not directly involved in such efforts to promote biochemistry research and education in India but he was in touch with members of these groups, such as Dr GP Talwar at the AIIMS and Zaheer at the CSIR. Bhargava also interacted with Khorana at the famous Gordon Research Conference on Nucleic Acids in 1964, in which the who’s who of modern biology were present. Khorana was the vice-chairman of this landmark meeting where several past and future Nobel laureates were present.

Scientific research in India has come a long way from the time of Khorana not finding suitable research opening in Indian laboratories in the late 1940s. The research infrastructure in Indian laboratories is no more ‘medieval’ as described by visiting scientists in the 1950s. Access to scientific knowledge is just a click away. Research funding is growing and multiple channels of funding are available. But larger issues relating to hierarchy, academic freedom, inadequate thrust on research in universities, research-industry collaboration etc., remain not fully addressed. A real tribute to Khorana would be to correct some of these imbalances to encourage fundamental research and provide opportunities to young scientists in emerging areas of new biology.