In Amul’s case, middlemen were effectively replaced by dairy producers through farmers’ cooperatives. These cooperatives were layered up to the state level, where today the huge dairy infrastructure is totally owned by the state and district-level cooperatives, with dairy producers owning them via membership. The corporates do not, in any way, own the huge Gujarat dairy federation. 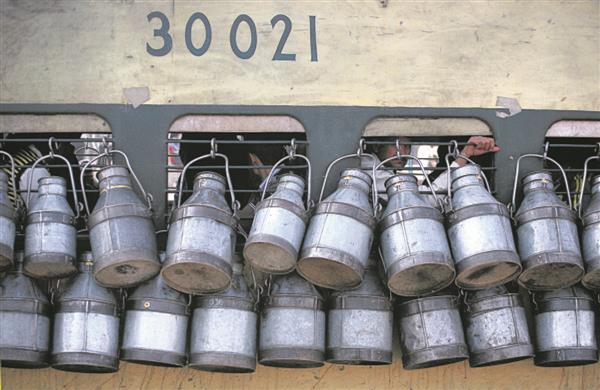 mass appeal: Contract farming would lead to sustainable agri modernisation if the ownership were to be in the hands of farmers’ cooperatives. 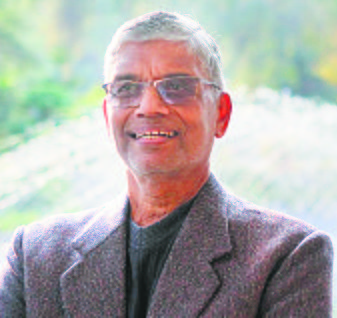 The farm reform Bills have been witness to topsy-turvy politics. The Opposition’s job is to oppose, even by U-turns. What was adopted in the 2019 Lok Sabha poll manifesto has now been cast aside by the Congress. The Akalis, privy to Cabinet discussions and decisions, made a U-turn too to suddenly find an ‘anti-farmer’ grain in the policies they were unprotestingly party to within the NDA government. But to get some clarity, let us try to address the questions posed by the Opposition.

The first fear raised is that the Minimum Support Price (MSP) system is being secretly and conspiratorially sabotaged. The government has now clarified that the MSP will continue, that the past six years have seen a rise of over 30% in the MSP of wheat and paddy, and that the farmer still has the continued facility of MSP, but with the choice of not having to sell only to commission agents in the mandi.

A second fear being expressed is that hereafter, with the farmers now allowed to sell outside the limits of the mandis, the corporate sector will move in sharply and swiftly to subjugate the hapless farmer.

The facts, however, are different. For example, basmati rice, being outside the purview of MSP, was exported to the tune of almost 45 lakh tonnes last year. This is done via open market competition by rice millers and exporters and no farmer has complained of being exploited and short-changed by the private sector. Contrast this with wheat, mollycoddled by the protection of the MSP system, not being exported at all out of India.

Open competition of the market has given the farmer the best prices due to the export of basmati rice, or horticultural crops like mangoes, spices or tea, with no price complaints from the producer.

Before we look into the present agitation, we must bear in mind that the middleman in Punjab not only collects 2% as commission rate, but his profits are also hiked each time the MSP goes up, without any additional services being given to the farmer. Similarly, the state government levies 8% mandi tax on MSP rates, hence, automatically raising its revenue whenever the MSP is hiked. In Punjab, the mandi taxes alone gave the state government almost Rs 3,500 crore from wheat/paddy MSP last year.

The fear then is that if the farmers start selling outside the mandis and directly to the purchasers, the present hold of the commission agents gets reduced. This is a genuine fear. But while middlemen are agitating in the name of farmers, the government too is not entirely blameless. It has long been felt, and rightly so, that whenever retail prices shoot up, successive regimes have sought to soothe urban discontent by suddenly banning the export of sugar, onions etc. It never mattered that a rise in farmer incomes was thereby being arbitrarily curbed.

The second agricultural reform of 2020 has been to amend the Essential Commodities Act to authorise an export ban only if there was a 100% price rise of a horticultural crop or a 50% price rise of a non-perishable agri foodstuff like cereals, dal, sugar etc. But as soon as the Bill was drafted, onion exports were banned, even though its price rise was nowhere near the future Act’s upper ceiling. The government itself has overlooked the prospects of farmer incomes rising via onion exports.

The third agricultural reform is to facilitate contract farming. Here is where the feeling is genuine that thereby the corporate sector, by binding the willing farmers into a contractual relationship, will acquire a hold over the rural land by occupying it.

And this is where the Verghese Kurien model of Gujarat’s Amul is recalled for good effect. Middlemen were then effectively replaced by dairy producers themselves through farmers’ cooperatives. These cooperatives were layered up to the state level, where today, the huge dairy infrastructure is totally owned by the state and district-level cooperatives, with dairy producers owning them via membership. The corporates do not, in any way, own the huge Gujarat dairy federation.

Contract farming would lead to sustainable agri modernisation in India if the ownership, leading to large economies of scale, were to be in the hands of farmers’ cooperatives. This is a lesson to be learnt — and emulated — from the example of Amul.

About 90% of the farming produce is marketed outside the MSP system. The present agitation is led by only 10% of our farmland owners with a marketable surplus. Only a few states have spontaneously agitated.

But the government must ensure that its Rs 1 lakh crore agri infra plan is expeditiously implemented, that the Essential Commodities Act should be used for farmers’ interests — and not by mindless export bans to cool down the noisy urban consumer — and that contract farming should be done with the farmer holding the reins. Only then would the three agricultural reforms of 2020 begin to look like the resounding successes they really ought to be.