AT THE CROSSROADS: Engaging is as important as the need for debate & dissent. PTI 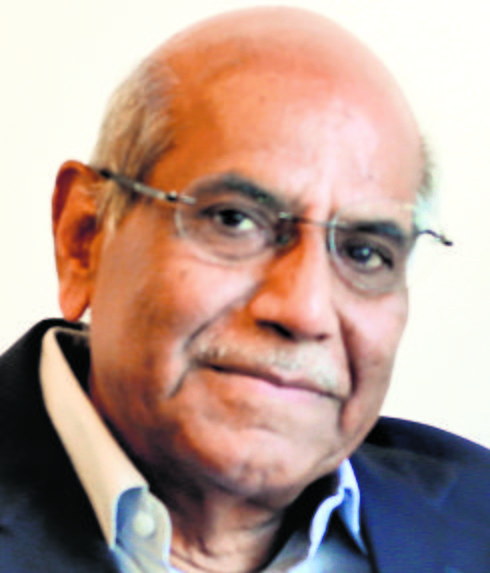 At the foundation stone-laying ceremony for the country’s new Parliament building, PM Narendra Modi declared that in a vibrant democracy like India, there was room for differences, but not disconnect. This is a welcome acknowledgement of the Argumentative Indian who loves debate, who is curious about the world around him and is open to ideas, no matter where they may come from. This is because India is a truly crossroads culture, its present determined by a long history of engagement with other races and cultures. This engagement may well have taken place through invasions, migrations, trade or evangelical missions but these have led to a remarkably diverse and plural society blessed with an innate cosmopolitanism. There is no homogeneity among its people, neither of race nor religion, neither of language nor traditions. It is the shared historical experience, a mutual enrichment of cultures and an affinity born out of a deep attachment to the idea of India which underlie its nationalism. In its most positive and dynamic articulations, this nationalism has been accommodative, not exclusionary. It is infused with a sense of common humanity. This is the connect that hopefully the PM was referring to because without this awareness of common humanity, how is a connect possible when we disagree with each other, as we must sometimes? Those who seek identity through exclusion narrow their own space; those who seek uniformity end up in a barren aridity that dries up precisely what is sought to be preserved. For history shows that cultures flourish through mutual enrichment, ideas advance through debate, and what is more dangerous is not ‘questions to which there are no answers, but answers which may not be questioned’.

As soon as we attach labels to our interlocutors, we are absolved of the need to listen to what they are saying.

Political democracy has taken root in the Indian soil because the values it seeks to nurture are aligned with India’s own striving as an independent nation, a nation that has found its voice after centuries of whispered yearnings. Nowhere is this more apparent than in the genius of the Indian Constitution. It recognised that unity in a diverse country like India cannot be achieved through suppression of its myriad identities, but in these being transcended and celebrated in a shared sense of common citizenship. It is only when that citizenship deviates from its basis in individual and inalienable rights that the assertions of narrower caste or community-based identities begin to be seen as the only way to prevent injustice and discrimination. Once this is acquiesced to in one case, how do you illegitimise it in another? If one particular caste or community insists on a veto over whatever offends its sensitivities as a group, how do you deny this to another group? And there are so many different groups in India. Is this not a recipe for a million mutinies?

There is an expectation that a broader Hindu unity can be built on a Hindu-Muslim binary. But that ignores the fact that a Hindu is also deeply attached to his other identities, for example, as part of a language group, a membership of a caste group, a particular religious sect of the Hindu faith, perhaps a more modern professional group and perhaps as part of a vested economic or business group — the list is endless. There is little likelihood of one-nation one-language being achieved in India. Even a hint that this might be the intent of a government in power triggers dangerous political reactions. To justify the grand Ram temple in Ayodhya, some of its champions argue that if the Christians can have their Vatican, the Muslims their Mecca, why should the Hindus not have their Ayodhya? Is that not limiting the very notion of Hinduism as a faith with no boundaries?

The PM spoke of the Indian tradition of speaking and hearing each other as part of our ability to connect to each other as Indians. But this assumes a willingness to appreciate what the other is saying, otherwise this would be a dialogue of the deaf. We hear but we do not listen. And as soon as we begin to attach labels to our interlocutors, we are absolved of the need to listen to what they may be saying. If the protesting farmers are infiltrated by ‘Khalistanis’, Maoists and left-wing provocateurs, does the government need to listen? If some elements among our Muslim community are suspected of harbouring pro-Pakistan sympathies, should they be allowed to speak? If some writers and social activists are ‘urban Naxals’, should they not be prevented from speaking; better still, should they not be incarcerated? There are any number of labels to choose from to prevent the speaking and the listening. Labels preclude connecting. If the PM really wishes to celebrate India as a democracy, then he should stop this labelling exercise forthwith. The Minister of Commerce should not see hidden leftist hands behind the farmers’ agitation and thus belittle it. This disconnects rather than opens the way for understanding what is driving their protests, braving the cold weather and police action.

India is too diverse a country to allow a monochromatic frame to be imposed on it. It is a landscape with multiple colours and shades in between. The way forward is to allow this profusion of colours to become even more varied, and more vibrant. Every label used to exclude this or that colour diminishes the whole. Labels prevent sharing and celebrating our diversity. They do not allow us to connect with each other. Let us forswear a ‘government by label’.