Concept of UTs has become untenable, except in a few exceptional cases 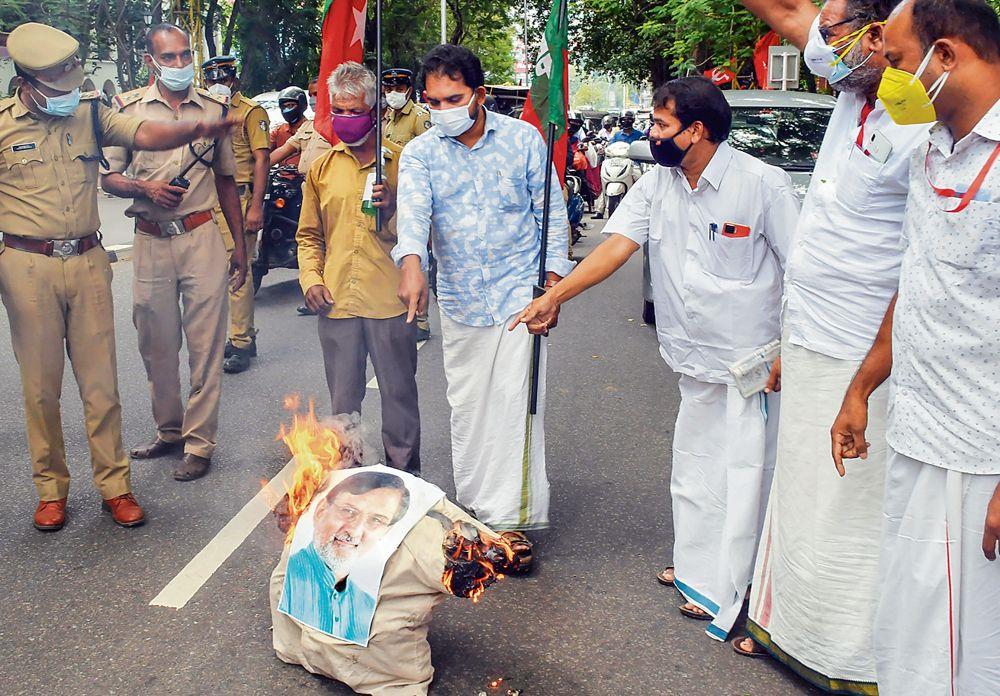 Relook: It’s essential to review the status of UTs in light of the Lakshadweep row. PTI

The changes initiated in the small, remote union territory (UT) of Lakshadweep by its new administrator, a former home minister of Gujarat, have disturbed the tranquillity of the place and caused a sharp public reaction not only in the archipelago but also in nearby Kerala and the country at large. New Delhi exercising remote control over this UT is what bothers me. The concept of UTs has become untenable, except in a few solitary, exceptional cases. I have looked at this question in depth in my forthcoming book, India—A Federal Union of States: Fault Lines, Challenges and Opportunities and have made suggestions regarding the future of UTs.

I am reminded of a story of Zarina, the queen of the Russian emperor, the Czar, over 200 years ago. One day, Zarina was walking in the palace garden when she saw a beautiful rose. She was so taken in that she was worried that someone would pluck it. She pleaded with the emperor to protect it. He said a sentry would be posted there immediately to protect the flower. A sentry stood at the flowerbed for years together, no questions asked. The story of UTs is just like that.

At the time of Independence, scattered over India, were six small areas administered directly by the Centre — Delhi, Ajmer-Merwara, Coorg, British Baluchistan, the Andaman and Nicobar Islands, and Panth-Piploda. Because of their small size, they could not — except in the case of Coorg which had a Legislative Council of some kind — share in the system of representative government provided for in the Governors’ provinces and for reasons historical and political they could not be merged in the neighbouring areas. BN Rau, constitutional adviser, did not suggest any change in their status as Centrally administered areas. The Provincial Constitution Committee met on June 9, 1947. By that time, it was clear that British Baluchistan would be a part of Pakistan. The committee decided to refer the question of the other Chief Commissioners' Provinces to the Union Constitution Committee. The latter recommended that as an interim measure, these areas should continue to be administered by the Centre and any change in this system could be considered subsequently.

In the joint meeting of the union and provincial committees held on July 18, 1947, the question of responsible governments for only Delhi and Coorg was considered. It was later decided that Coorg, Ajmer-Merwara and Delhi should be designated as Lieutenant Governors’ Provinces. N Gopalaswami Ayyangar called them the ‘minor provinces’.

Currently there are eight UTs. The basic question whether UTs need to be continued has never been examined so far. This was also true in respect of the Second Administrative Reforms Commission, though it made recommendations pertaining to the administration of UTs.

The downgrading of J&K state into two UTs was a gross misuse of powers under Article 3 of the Constitution which gives powers to Parliament to form new states and alter areas, boundaries or names of existing states. Abrogation of Article 370 could have been done without downgrading the state, since it was already under President’s rule. For long, Ladakh was demanding that it be made a UT. In view of continuing Chinese threat on the border, Ladakh should be continued as a UT. The statehood of J&K must be restored as soon as the delimitation of its constituencies is completed. This is reported to be getting delayed due to non-cooperation of main parties in the state. After the upgradation of J&K as a state, legislative Assembly elections should be held at the earliest.

India’s capital being located in the national capital region (NCR), the NCR will have to be continued as a UT. It is time the political parties reconcile themselves to this position. Whichever party comes to power at the Centre, it is unlikely to grant statehood to NCR.

Chandigarh has unnecessarily continued as a UT for a long time. Denial of Chandigarh to Punjab was as bad as the denial of Bombay to Maharashtra. I have discussed in detail the background of the decision leading to making Chandigarh a UT and have argued that there was no justification to deny it to Punjab. In fact, the Punjab problem could have been nipped in the bud if Chandigarh was given to Punjab. Haryana should now be enabled to build a new capital for itself and Central assistance should be given for the purpose. As for the contentious issues regarding the border areas between the Punjab and Haryana, a linguistic commission should be appointed with the well-accepted criteria, namely, language, contiguity, cultural relations, etc., with a village as a unit.

Andaman and Nicobar, being strategic border islands, should be retained as a UT. As for the other UTs, it is best that they are merged with the adjacent states. Special mention may be made of Puducherry. Its separate cultural identity can be continued to be preserved by making it a district in Tamil Nadu.

It is high time the question of the future of UTs is decided rationally on the basis of transparent criteria, rather than political compulsions or simply continuing with them as a vestige of the past.