Law seeks to give dam safety a new thrust

The Dam Safety Act is probably the most futuristic and the best dam safety law in the world. It advises dam owners to carry out risk assessment at regular intervals, prepare an emergency action plan to assess the level of disasters which may unfold and makes obstruction or refusal to comply with instructions to ensure dam safety a punishable offence. 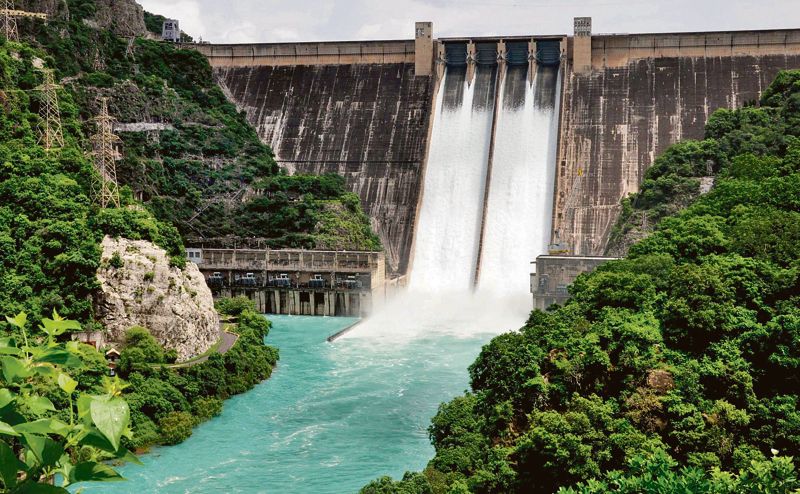 Critical: Ensuring dam safety is important because of the investment made in infrastructure. PTI 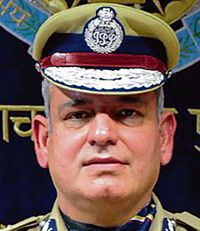 The first Prime Minister of India, Pandit Jawaharlal Nehru, proudly proclaimed the dams as the ‘temples of modern India’. Dams are critical infrastructure, constructed with large investments which provide multipurpose benefits such as irrigation, power generation, flood moderation and supply of water for drinking and industrial purposes. Other physical assets, such as hydropower plants, irrigation, drinking and industrial water networks besides municipal supplies are also linked with the dams. When the dams were constructed, they were located in remote locations, but over the years, a large population has come up in the vicinity and the downstream of these dams. Thus, it is a national responsibility to take necessary steps to ensure their safety.

The safety of dams is very important for safeguarding the huge investment in critical physical infrastructure and the benefits derived from the projects. Further, unsafe dams constitute a hazard to human life, flora and fauna, ecology and private assets including crops, houses, buildings, canals and roads. Therefore, proper surveillance, inspection, operation and maintenance of dams is necessary to ensure their safety and prevent disaster related to dam failure. Dam safety is also relevant to a nation’s ability to comply with its international obligations. A failure to pay adequate attention to dam safety can lead to the violation of national obligations under the existing international treaties and conventions, such as those relating to trans-boundary water courses, wetlands, desertification, biological diversity, flora and fauna, world heritage and environment.

India has over 5,300 fully built large dams and over 400 dams are under construction. However, 80% of the dams have become more than 25 years old and about 300 dams are over 100 years old and with dams getting old, dam safety is becoming a serious concern in the country. Many such dams, owing to the issues of deferred maintenance or because of the design and construction practices being of an earlier era, pose risk to the life and safety of a very vast population. Many of these dams have inter-state ramifications, in case of actual failures or perceived threat of failures, like perpetual dam-break threats related to Mullaperiyar or disaster at Morbi dam in Gujarat in which thousands of people died. There is no gainsaying that in the absence of statutory arrangements, safety of life and property and the interests of downstream states are difficult to safeguard.

As per the Constitution, states can make laws on water including storage and power. However, Parliament may regulate and develop inter-state river valleys if it deems it necessary in public interest. Though there were earlier attempts to review the existing practices and evolve unified procedures for the safety of dams, a legal framework for institutional arrangements for dam safety eluded the country. Efforts have been on since 1982 to make a law on the subject, with many versions of the Dam Safety Bill being tried, but they never came to fruition.

The questions by some states on the Union Government’s competence to legislate on the subject were set to rest when the legal opinion on the issue validated the constitutional right of the Union Government to pass the Dam Safety Bill by exercising the power conferred under Article 246, read with Entry 56 and Entry 97 of List I of Seventh Schedule of the Constitution. Accordingly, the Dam Safety Bill was prepared in 2018 for coverage across the whole of India, including dams built on both inter and intra-state rivers, incorporating recommendations of the earlier Parliamentary Standing Committees and the technological advancements in the field of dam engineering and safety. Taking it to the logical conclusion, the Central Government notified the Dam Safety Act on December 14 after it was passed by the Rajya Sabha on December 2, the Lok Sabha already having passed the Bill in 2019. This Act brings to fruition 34 years of efforts to bring a law on the subject. It also places India at the leadership position in the world in the field of dam engineering and safety.

The Dam Safety Act, 2021 deals with engineering, construction, operations, surveillance, maintenance and safety of dams in the country. The essential elements of the Act are an overarching National Committee on Dam Safety to be headed by the Chairman, Central Water Commission, to evolve dam safety policies and recommend necessary regulations for the purpose; National Dam Safety Authority as the regulatory body to implement the policies, guidelines and standards evolved by the Committee; State Committee on Dam Safety to ensure proper surveillance, inspection, operation and maintenance of all dams in the state for their safe functioning; and State Dam Safety Organisation to carry out routine inspections, classify dams as per vulnerability and hazard classification and maintain records.

Mindful that there are dams belonging to one state falling under the territories of other states, the National Authority shall perform the role of State Dam Safety Organisation in such cases, thereby eliminating potential causes for inter-state conflicts. There are also provisions for preparing annual reports by the National Dam Safety Authority and State Dam Safety Organisations and placing these in Parliament and state legislatures, respectively, and also in the public domain.

The Act places great onus on the dam owners which inter-alia includes setting up a dam safety unit; carrying out pre-and-post monsoon inspections; conduct special inspections during and after floods, earthquakes and if any signs of distress or peculiar behaviours are noticed in the dam, appurtenance or the reservoir fringes. It also ordains the dam owners to put in place a minimum set of instrumentations necessary to adequately monitor the performance and safety of dams and the establishment of hydro-meteorological network and seismological station in the vicinity of the dam. The Act directs the dam owners to earmark sufficient funds for the maintenance and repair of dams as also staff the dams with sufficient technical personnel.

The Act is probably the most futuristic and the best dam safety law in the world. It advises the dam owners to carry out risk assessment at regular intervals, prepare an Emergency Action Plan (EAP) to assess the level of disasters which may be unfolded by dam failures and steps needed to mitigate disasters and emergencies. The Act makes obstruction or refusal to comply with instructions to ensure dam safety a punishable offence, including actions by departments or officers of the government or companies prejudicing dam safety. Anyone obstructing in the discharge of functions or refusing to comply with directions may be imprisoned for a year and in cases leading to loss of life, face a higher imprisonment of two years.

During drafting of this Bill, we had parleys with the leading dam professionals of the world, but one of them singles out. I am reminded of discussions with my friend and one of the foremost dam engineers in the world, Ignacio Escuder Bueno, who said that when we think of innovation, we tend to think of technologies, algorithms and things like that. But legislation is also innovation and modern legislation is a manifestation of innovation, integrating the efforts and creative force of the people. He suggested: go out to the world and get the best, but don’t renounce doing it our way. We did exactly the same, got the best practices in the world, did it our way and made the most modern dam safety law. I hope the nation seizes up this huge innovation and it ushers a new era in dam safety.