Ajit Singh, whose 140th birth anniversary falls today, spearheaded the Pagdi Sambhal Jatta movement in 1907 in protest against the anti-farmer laws enacted by the British rulers. Accused of sedition, he spent more than half of his life in exile. Over a century later, the movement has found resonance with the ongoing farmers’ agitation. 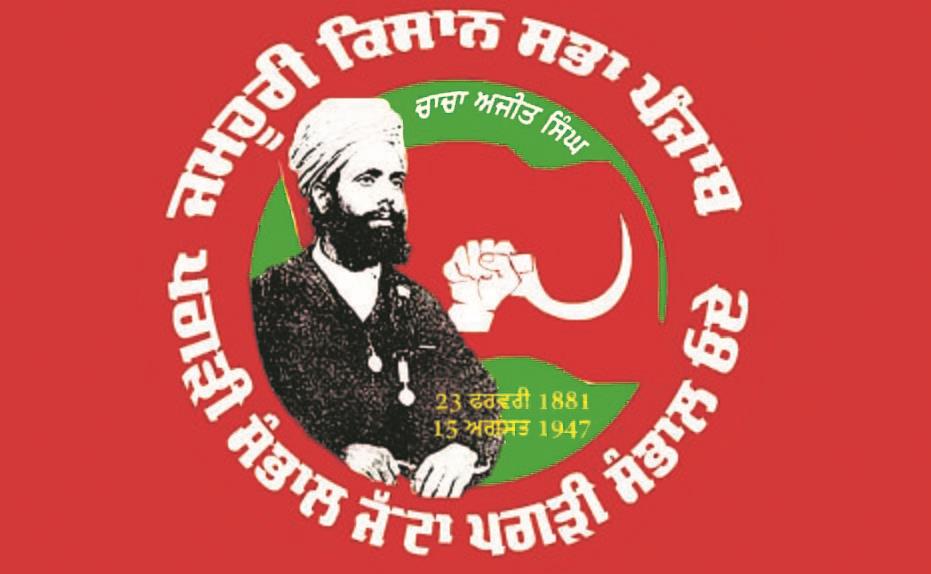 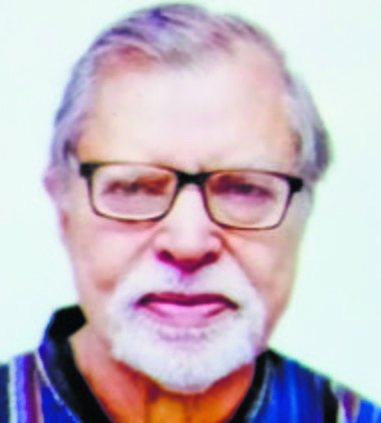 IN 2020, more than a century after the historic Pagdi Sambhal Jatta farmers’ movement in pre-Partition Punjab, the Central government enacted three laws which are considered to be ‘anti-farmer’ by the peasantry. Ajit Singh, who spearheaded the 1907 movement, has been resurrected as an icon and a powerful inspiration for the present farmers’ agitation on Delhi’s borders and all over India.

The British colonial government brought in three laws against the farmers of Punjab in the first decade of the 20th century — the Punjab Land Colonisation Bill, which introduced inheritance by primogeniture, threatening farmers’ land with seizure, as they are fearing now; the Bari Doab Canal Act, by which rates of water were increased, and 25 per cent hike in revenue rates was effected; and the Punjab Land Alienation Act.

Between March and May 1907, several meetings were held in various cities of Punjab to oppose the three laws. On March 22, 1907, during a meeting held at Lyallpur, Lala Banke Dayal, editor, Jhang Syal, recited his poem, Pagdi Sambhal Jatta, now regarded as a classic. Subsequently, the peasantry’s agitation was called the Pagdi Sambhal Jatta movement. Lord Morley, Secretary of State for India, told British Parliament that in all, 33 meetings were held in Punjab, of which Ajit Singh had addressed 19 as the main speaker. Ajit Singh was a powerful orator who used to hold the audience spellbound. One of his speeches, delivered on April 21, 1907, at Rawalpindi, was described as ‘highly seditious’ by British officials and a case under Section 124-A (sedition) of the IPC was registered against him. Lord Kitchener, Commander-in-chief of the British forces in India, apprehended a revolt in the forces. Ultimately, the three laws were revoked in May 1907, but Lala Lajpat Rai, also a speaker at some of these meetings, was arrested on May 9 and Ajit Singh on June 2. Both were deported to the Mandalay prison in Burma for six months under Regulation-III of 1818. Both were released on November 11, 1907.

Ajit Singh, uncle of Shaheed Bhagat Singh, was born on February 23, 1881, at Khatkar Kalan village (then in Jalandhar district), just three weeks after The Tribune came into existence in Lahore. Arjan Singh, father of Kishan Singh (Bhagat Singh’s father), Ajit Singh and Swarn Singh, was a staunch nationalist. All brothers did matriculation from Sain Das Anglo- Sanskrit School, Jalandhar. Later, Ajit Singh completed a law course from Bareilly college. During his college days in Bareilly in 1903, Ajit Singh and Kishan Singh went to Delhi to meet the Indian princes attending Delhi Durbar called by Viceroy Lord Curzon. They tried to impress upon the princes to fight against the British rulers. As Ajit Singh mentioned in his autobiography Buried Alive, they were in close touch with Motilal Ghosh, proprietor of Amrita Bazar Patrika (published from Calcutta), and Kali Prasun Chatterjee of The Tribune. In 1903, Ajit Singh married Harnam Kaur, adopted daughter of Dhanpat Rai of Kasur.

Bhagat Singh was born on September 28, 1907. In December 1907, Ajit Singh and Sufi Amba Prasad attended the Congress session at Surat, where Tilak presented Ajit Singh with a taj, crowning him ‘the king of Punjab peasantry’.

Fearing that he could be arrested in a false case, Ajit Singh, along with Sufi Amba Prasad, left for Iran from Karachi by ship. Ajit Singh, under the pseudonym of Mirza Hassan Khan, stayed till 1914 in Iran, Turkey, France and Switzerland before reaching Brazil, where he spent 18 years (1914-32). From 1932 to 1938, he remained in Europe — mostly in Switzerland. Everywhere, he was teaching oriental languages to foreigners for a living; he had learnt 40 languages. His family first got news of him in 1912 and then only in 1928, when Agnes Smedley, an American sympathiser of Indian and Chinese revolutionaries, wrote to BS Sandhu (Bhagat Singh) on March 17, 1928 (c/o AC Bali at Lahore) informing him of Ajit Singh’s address in Rio de Janeiro. Bali, who was part of Bhagat Singh’s revolutionary movement in Lahore, later worked as a senior journalist for The Tribune. In an article on Ajit Singh, Bali wrote that Bhagat Singh’s last wish — before he was executed in 1931 — was that his uncle may not be allowed to die in a foreign country. Bhagat Singh had been trying to ascertain his uncle’s whereabouts through his friends, especially Amar Chand, who has gone to the US for higher studies. Ajit Singh also tried in vain to get Bhagat Singh out of India to save him from the gallows.

Ajit Singh’s life in exile is a long story. In Italy, he created Azad Hind Lashkar of 11,000 army men and met Netaji Subhas Bose in Italy. In Switzerland, he interacted with Lala Hardyal and Champak Raman Pillai. He also met Lenin, Trotsky and Mussolini. Finally, due to the intervention of Jawaharlal Nehru, who had become interim Prime Minister of India, Ajit Singh was released from a prison in Germany. He returned to India on March 7, 1947, after spending two months in London with Indian nationalists while recuperating from ill health. In Delhi, he was a guest of Nehru. On his return to Lahore on April 9, he was given a tumultuous welcome. In view of his bad health, he went to the hill station of Dalhousie in July 1947. On the intervening night of August 14-15, 1947, after listening to Nehru’s Tryst with Destiny speech, he felt overwhelmed and after saying ‘Jai Hind’, breathed his last around 3:30 am in free India. His memorial at Panjpola in Dalhousie is a place for paying tributes to the great revolutionary freedom fighter and leader of Indian farmers’ struggle for justice.