The leaked video reveals interesting details, which will undoubtedly be carefully analysed by China’s neighbours and competitors to help them better discern war indicators. China’s neighbours will pay special attention to the planning sequence and its essential elements, which will be replicated in all provinces involved in military operations. 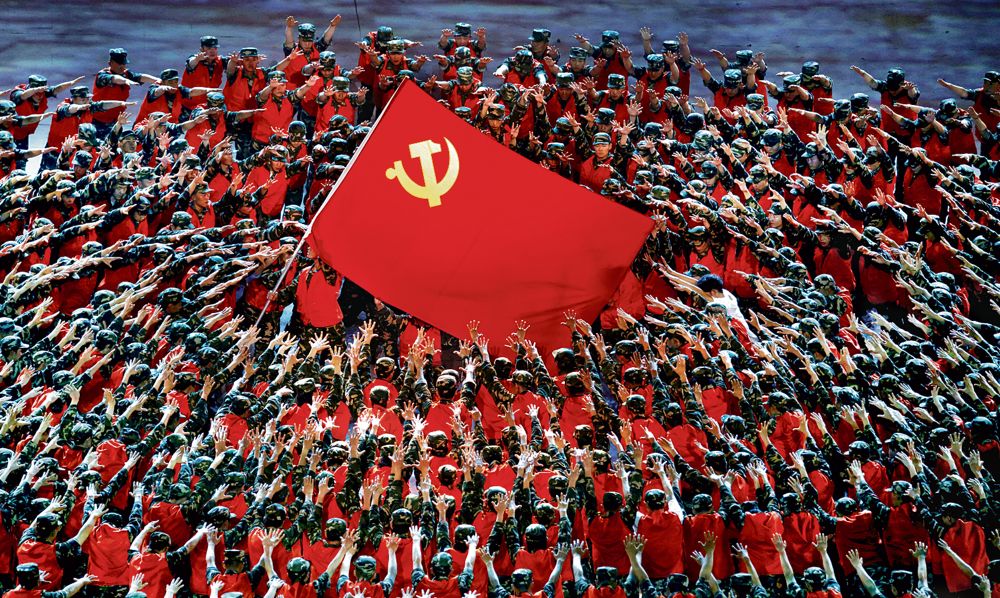 Militaries around the world conduct simulations and war games to hone their war-fighting capabilities, ensure operational readiness and improve logistics. At times, the names allotted to the war games are designed to indicate intent to an adversary. China’s People’s Liberation Army (PLA) also conducts war games, often in localised areas.

Recently, and in the backdrop of enhanced threats directed towards Taiwan, China conducted a major war game which it termed a ‘War Preparedness Mobilisation Exercise’. It was centred around Guangzhou in the PLA’s Eastern Theatre Command and the named adversary was Taiwan. Very unusually, a video of the proceedings of this exercise convened by the Guangdong Province Communist Party Committee on May 14 was ‘leaked’. It is yet unclear whether this was part of psy-war against Taiwan, or an unauthorised recording of the meeting by a disgruntled PLA officer.

The recording nevertheless reveals interesting details, which will undoubtedly be carefully analysed by China’s neighbours and competitors to help them better discern war indicators. China’s neighbours will pay special attention to the planning sequence and its essential elements, which will largely be replicated in all provinces directly involved in military operations.

The hour-long video, at the outset, details the importance accorded by the Chinese to ideological preparation, or indoctrination. This is followed by the interplay of civil and military, roles of the PLA Military Commander and Political Commissar, roles and responsibilities of the central and provincial CCP organisations and tasking and utilisation of the defence-related assets in the Guangdong province and the region. It specifies the pre-eminent authority of the Provincial Party Secretary who heads the provincial military-civilian joint command with the Military Region Commander and Political Commissar as members. The Provincial Governor is responsible for implementing the mobilisation while the provincial military district commander is responsible for military activity before the commencement of the war.

Next in priority in the preparations, after efforts to raise the morale and ideological awareness of troops, is civil-military coordination. The provincial leadership stressed on the need to “quickly set up a joint military-civilian command party committee”. It simultaneously identified the importance of self-defence, focussing on “super-dense cities”, important military and livelihood targets and good air defence of military targets and people’s lives and properties. Specific responsibilities were assigned to the available forces and resources for radiation environmental monitoring, nuclear, biological and chemical support, and biochemical medical testing were marshalled.

The recommendations of the military commanders, PLA Major-General Zhou He, Commander of the Guangdong Military Region, and Major-General Wang Shouxin, Political Commissar of the Guangdong Military Region, were more specific. They said: (i) provincial industry must obey the unified command of the joint command; (ii) military-civilian departments at all levels should accomplish their duties and ensure coordination; (iii) the needs of the troops to support frontline operations must be fully ensured; (iv) the lives of the masses and stability of the rear (of the battlefield) must be ensured; (v) mobilisation of the Taiwan Strait and South China Sea must be simultaneously coordinated; (vi) all resources in the Taiwan Strait area need to be pooled; (vii) since there are a large number of migrant workers and a large number of factories and enterprises, precautions require to be taken to prevent a run on banks, evacuations by factories, and exodus of migrant workers wanting to go home; (viii) roads and targets must be well protected; (ix) because of China’s proximity to Hong Kong and Macao and the long coastline, it is essential to prevent infiltration and sabotage by the enemy; and (x) Hong Kong must not be used as a base by the enemy to create chaos to disrupt the war.

Communications were accorded a lot of importance. This is not surprising, considering China’s efforts to develop quantum communications and its apprehensions about the US and West’s ability to disrupt and jam signals and communications. The importance of military and civilian links was underscored. While information data security centres and information rooms were established at all command points, a battalion-level information and communication force was deployed in the province and company-platoon-level forces at subordinate administrative units. Revealed were the existence of a ‘confidential information remote delivery system’ capable of integration into the joint command system; a national defence mobilisation task information command system; command communication links down to the county level military-civilian joint commands and below relying on ultra-short wave, Tiantong-1 satellite phones; and an ‘integrated confidential password system’ on the ‘Acer government intranet’. The Chinese emphasis on dual-use is visible in its ability to have the capacity to integrate military and civil communications systems. It also reveals that the Chinese will first target communications networks.

The exercise disclosed the authority of the Civil-Military Command to marshal resources and accelerate the production of drones, ships and aircraft. It revealed, too, that the PLA and tech companies like Huawei, Tencent etc are intertwined.

For India, specifically, the provinces in the Western Theatre Command that will be mobilised are: Tibet (Xizang), Sichuan, Xinjiang, Chongqing, Gansu, Ningxia and Qinghai. Sichuan, particularly, has a concentration of defence manufacturers, including aircraft and drone companies. Lanzhou, Lhasa and Chengdu will be the mobilisation headquarters. Chengdu is, in any event, the headquarters of the Joint Operations Command to be set up in times of war or crisis. In the actual preparatory phase, posters for recruits and guidance for civilians will appear in these areas. The advances in telecommunications, including quantum, could make Chinese traffic interception difficult, but the preparatory phase will see increased activity. The ‘leaked’ video gives an idea of the resources each theatre command/war zone can call upon.