The Sino-Soviet border dispute proves that a show of force is unlikely to deter the Chinese. China did not bend even during domestic strife or when the Soviet Union hinted at nuclear strikes. From all assessments, the same policy seems to be practised by Xi Jinping. 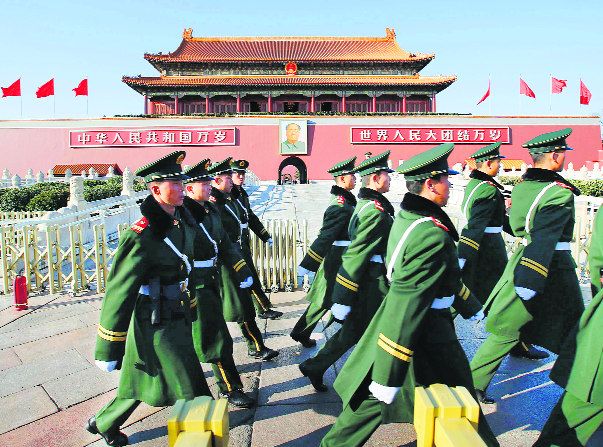 Unrelenting: China tends to suspect those it feels are in league with its enemies. 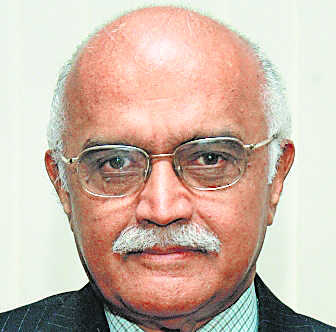 The Sino-Soviet border dispute began with the Cossacks-Manchu (Qing dynasty) wars in the 1670s-80s over a Cossack settlement on the Amur river basin. The process towards its solution began in the early 1980s when Moscow gave up its ‘escalation strategy’. China favourably responded by suggesting that “intractable’ issues should not halt or ‘sour’ settlement in other sectors.” In December 1988, Deng Xiaoping gave the same suggestion to Rajiv Gandhi to usher in an ‘Asian century’.

In 1689, the Qing rulers were more powerful. Initially, they planned to demolish Nerchinsk. However, they concluded the Treaty of Nerchinsk in 1689. Peace prevailed till the mid 19th century. By then, the Qings were debilitated through the Opium War and the Taiping rebellion. The Russians who emerged stronger, started colonising Amur basin including the Chinese coast of the Sea of Okhotsk. They said that the 1689 Treaty of Nerchinsk should be renegotiated. They forced the 1858 Treaty of Aigun and the 1860 Treaty of Peking on China, depriving it of huge tracts of land and access to the sea north of Korea.

In 1861, another blow was given. Peter Kazakeevich, Russia’s boundary commissioner, coerced Chinese map makers to accept some co-ordinates not mentioned in the Treaty of Peking. It showed the international boundary along the Chinese banks of Amur and Ussuri rivers. The treaty had only mentioned these as boundary rivers. This map violated the Thalweg principle, accepted in international law since the beginning of the 19th century, that co-owners of the rivers would have equal rights over the waters and islands on their side.

Gradually, the Russians expanded settlements on Amur river and islands and created an enclave on the Bear Island, which the Russians call ‘Great Ussuri’ while the Chinese name is ‘Heixiazi’. During the Boxer rebellion (1899-1901), the Russians killed thousands of Chinese on the Amur banks. Almost 64 villages were wiped out. New York Times reminded us of this ‘ethnic cleansing’ on March 26 this year.

The weak Beiyang government in China (1912-28) hoped that the Bolshevik Revolution of 1919 would set things right. They were encouraged by the Russian Foreign Affairs Commissar Lev Karakhan’s statement in 1919 that Russia would relinquish all Chinese territories. However, Moscow ignored this as they stabilised control over eastern Russia after throwing out the White Russians.

It did not change even with the Communist takeover of China in 1949. Instead, things deteriorated when Nikita Khrushchev set in motion his ‘de-Stalinisation’ programme which was criticized by Mao. Bilateral relations nosedived when Mao condemned Khrushchev’s ‘adventurism’ in the 1962 Cuban missile crisis.

Leonid Brezhnev continued Khrushchev’s policy of intimidating China through encirclement. An April 28, 1970, top secret CIA assessment, declassified in May 2007, said his visit to Mongolia in January 1966 was to bolster the Mongolian army against China.

Clashes began in 1967 when the Soviets intercepted and turned back a Chinese vessel passing through Amur to Ussuri river. They blockaded the Amur-Ussuri confluence, preventing civilian use. The Chinese claim on Bear Island was rejected by them. The Chinese initially started with passive resistance which earned international publicity. A serious armed clash occurred on March 2, 1969 on Zhenbao island (Damanskii in Russian). The Chinese captured the island killing 59 Soviet soldiers and suffering 29 PLA troop deaths.

The Soviets were alarmed. Efforts by Brezhnev to condemn China through the Warsaw Pact on March 17 did not succeed due to the objection by Nicolae Ceausescu of Romania. On March 21, Prime Minister Alexei Kosygin tried to telephone Mao but was not connected. Beijing made Moscow wait for six months before starting negotiations. It did not even allow Kosygin to overfly their territory to return home after Ho Chi Minh’s funeral in September 1969. He had to divert his flight to Calcutta. However, he flew to Beijing from Calcutta after receiving the news from Beijing through an Indian channel that Mao was prepared to talk.

The 1970 CIA paper states that the Soviets were wrong in assessing that Mao would agree to negotiate by ‘selective military punishment’ whereas he was ‘willing to accept more punishment…and was prepared to live with a tense border situation indefinitely.’

Gradually, the Soviets started accepting the Chinese position of basing the border negotiations on the 1860 Treaty of Peking and that the Thalweg principle should be accepted. In 1976, they lifted the Bear Island blockade. In July 1986, Mikhail Gorbachev made his historic speech at Vladivostok that the “Amur frontier should not be a frontier, but a means of uniting the Chinese and Soviet people.” He also said that the official border could pass along the main stream, thus repealing the 1861 Kazakeevich line. However, during the negotiations, he indicated that claims on the Bear Island were ‘not negotiable’.

Beijing responded positively by saying that a future ‘wiser generation’ might find a solution on Bear Island, adding that it should ‘in principle’ be with China according to Thalweg principle. Delimitation and demarcation processes started from the 1990s. When the Soviet Union collapsed in 1991, most demarcation of the river sections was complete except the ‘intractable set aside’ problems. Kazakhstan, Kyrgyzstan and Tajikistan inherited some of the border issues as Central Asian States. To tackle these disputes, a tri-national commission with a Russian chairman was created in 1996. This was the origin of Shanghai-5 which later became the Shanghai Cooperation Organisation (SCO) of which India is a member.

The final agreement on ‘intractable’ areas was signed on June 2, 2005 by their respective foreign ministers, Sergei Lavrov and Li Zhaoxing, at Vladivostok. Russia parted with the upstream end of Bear Island to China, thereby restoring Fuyuan Channel to it as its inland waterway.

This long story proves a few points: A show of force or propaganda is unlikely to deter the Chinese. China did not bend even during serious domestic strife or when the Soviet Union hinted at nuclear strikes. From all recent assessments, the same policy seems to be practised by ‘paramount leader’ Xi Jinping. Secondly, the Chinese become suspicious if they feel that the other party is a surrogate of their enemies. Finally, step-by-step negotiations, by casting ‘intractable’ issues to the ‘back burner’, is a good strategy.