Let’s be future-focused, not past-obsessed

Can the challenges facing modern India be overcome by being trapped in the narratives of the past and ignoring the future? By neglecting unity of the people? By berating the people? By pursuing politics of confrontation rather than consensus and cooperation? The soul of Bose would be happier if we mended our ways than by seeing his statue at India Gate. 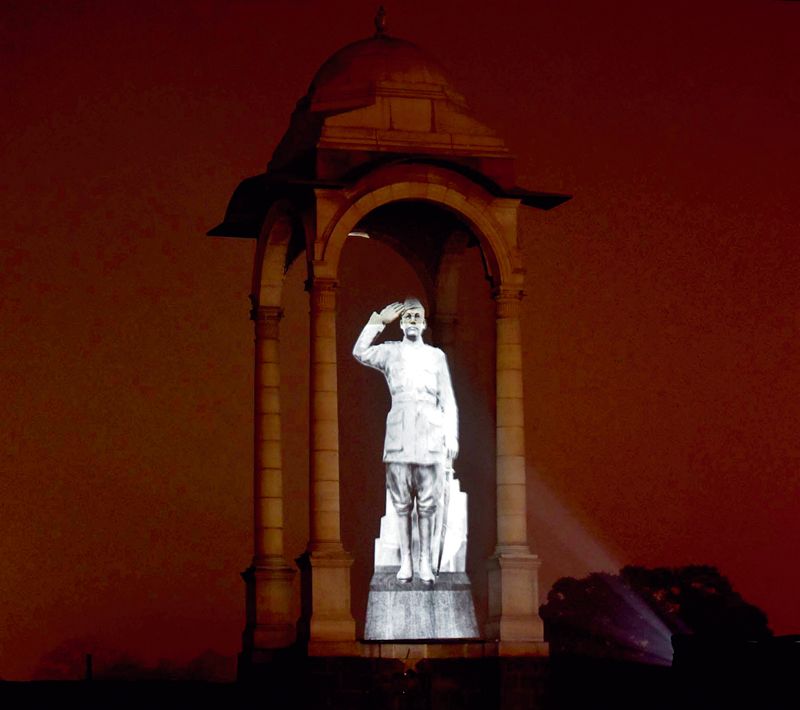 LEARNING FROM BYGONE TIMES: The true purpose of delving into history is not to uncover internal enemies and revive old rivalries. PTI 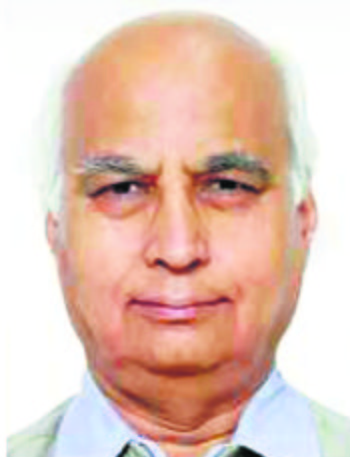 PRIME Minister Narendra Modi launched an indirect attack on the Congress when he unveiled a hologram statue of Netaji Subhas Chandra Bose under the canopy near India Gate in New Delhi on January 23. He said, “It was unfortunate that after Independence, efforts were made to erase the contribution of several great personalities along with the culture and heritage of the country.” Modi is both right and wrong. Right, because the Congress party, during the long years of its rule at the Centre and in many states, was undeniably guilty of over-projecting and over-honouring members of the Nehru-Gandhi family. It named scores of government schemes, buildings, universities, stadiums, airports, bridges, parks, even awards after Jawaharlal Nehru, Indira Gandhi, Sanjay Gandhi and Rajiv Gandhi. Such was the culture of sycophancy in the party those days that one Congress president even went to the extent of declaring, “Indira is India and India is Indira.” In comparison, the contributions of many great patriots stood either ignored or belittled.

But Modi is also wrong because there is little evidence to back his claim that India’s culture and heritage (Hindu heritage, according to him) was sought to be erased after Independence. Anyone who cares to read Nehru’s books, his speeches or his voluminous letters to chief ministers would know about his deep knowledge of and immense pride in India’s cultural heritage, which includes but is not limited to Hindu heritage. Indeed, no leader has written with greater feeling and reverence about Mother Ganga and the Himalayas than Nehru did. For proof, read his last will and testament. Go back to the Nehruvian era and look at the films, film songs, devotional music played on All India Radio, Padma awards…do you see any anti-Hindu bias on the part of our first prime minister? Glance at some of the ‘Bharat Ratna’ awardees during his premiership. C. Rajagopalachari (author of widely acclaimed books on Ramayana and Mahabharata); Dr S Radhakrishnan (renowned for his several celebrated books on Hinduism); Bhagwan Das (a Vedic scholar and co-founder of Banaras Hindu University); Maharshi Dhondo Keshav Karve (a Hindu social reformer); Rajarshi Purushottamdas Tandon (who was actually Nehru’s political critic in the Congress); and Mahamahopadhyaya Pandurang Vaman Kane (a legendary scholar on Dharma Shastra).

It’s become fashionable for BJP supporters to claim that Hinduism and Hindu heritage were khatre mein until the party assumed power in 2014, and would again be endangered if the BJP were voted out of power. Lesson to be learnt: Put every claim to scrutiny, especially ones made by those in power.

There was, and there is, no threat to Hindu religion, culture and heritage. The real point to ponder is this: Why are Indian people sought to be made perennially obsessed with the past? Why is our society becoming more and more bhootonmukhi (looking at the past), instead of being bhavishyamukhi (looking to the future)? So much of our national energy is being spent on debating (sometimes creating) controversies — Nehru vs Patel, Gandhi vs Bose, Jinnah, Aurangzeb, Tipu Sultan, Bhima Koregaon, and so on. Achievements of rulers are being measured in terms of who built taller statues for whom; who rebuilt which temples, and so on.

True, history is important for us to know who we are as a nation, and also who we are as a human race. India’s past must be truthfully searched, researched, studied and discussed. The history of every nation, without exception, reveals conflicts and contradictions, discord and divisions. More importantly, it also shows unity and integration of diverse communities, of their coming together to pursue noble and common goals, of valorous victories and inspiring achievements that all can proudly celebrate. Hence, the true purpose of delving into history is not to uncover internal enemies and revive old rivalries. It is certainly not to falsify facts and manufacture alarmist tales of victimhood. Rather, it is to learn from bygone times in order to rectify past mistakes, end injustices, build a more harmonious society and create a better future for all.

Nehru committed several mistakes, but when he described dams, steel factories, research laboratories and IITs as “Temples of Modern India”, he was making an important appeal to the people. Proud though we might be of India’s ancient and priceless cultural heritage, we needed to enter the modern age by making constant and self-reliant progress in multiple areas of nation-building — agriculture, industry, education, science and technology, democratic self-governance and elimination of poverty. Has that appeal lost its relevance? No.

The reasons are obvious. As we approach the 75th anniversary of our Independence, we are saddled with a reality that is full of unfinished tasks. India’s democracy is still full of flaws. Exceptions apart, our politicians behave more like masters of the people, rather than as their servants. We have a bureaucracy that is largely insensitive and unaccountable. Our judicial system does not deliver prompt and reliance justice to common citizens. Our education and healthcare systems are accessible more to the rich than to the poor. Our press is losing its independence to money power and political power. India has the world’s largest young population but without adequate opportunities for employment, which is indispensable for their bright future. Our environment — rivers, forests, beaches — are in dire straits. Our cities, already unlivable for the present generation, will become even more so for the coming generations.

Can any of these challenges be overcome by being trapped in the narratives of the past and ignoring the future? By neglecting unity of the people? By misusing history to divide society? By advocating majoritarian supremacy and marginalising the minorities? By constantly berating political rivals? By pursuing politics of confrontation rather than consensus and cooperation? The soul of Netaji Bose would be happier if we mended our ways than by seeing his statue at India Gate.