To regain a leading position, Punjab’s economy needs to enter high-growth trajectory and attain a double-digit rate by 2047 and 8 per cent growth of per capita income. These targets are achievable in view of strengths of the economy such as sizeable market, skilled and entrepreneurial human capital, diasporic social capital and industrial peace. The double-digit growth should be accompanied by social safety nets to make growth equitable.

CHALLENGE: Punjab’s industrial profile is relatively weak. A two-pronged strategy can enable the state to become an industrial hub by 2047. Tribune photo 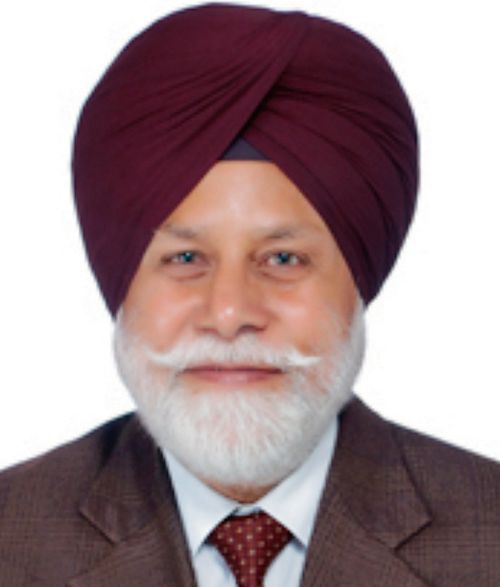 THE Economic Advisory Council to the Prime Minister released the ‘Competitiveness Roadmap for [email protected]’ earlier this year, envisioning guiding principles for putting India on the trajectory of becoming a middle-income country and beyond by 2047. To achieve this vision, state-specific roadmaps need to be worked out.

The most important markers of Punjab’s growth story of 75 years are the glorious journey during the implementation of the state-led model and the slide under the aegis of the market-driven model. The policy advice based on the economic journey and the theory of ‘market failure’ suggests reinvention of the development model to rejuvenate Punjab’s economy. Can it happen when the market is dominating the economy? The answer is yes, but in the form of a hybrid model developed on the strengths of the triad — the state, the market and the social forces.

Theoretically, the state and the market are dichotomous institutions, but, in reality, the border between the two is blurred. Social forces play a soothing role in the state-market mix. In the hybrid model, the state, however, will play a leading role. The roadmap’s vision is to restore the economic glory of Punjab based on sectoral strategies, linkages among sectors, investment, fiscal health, infrastructure, human resources, employment and zero-waste economy.

Punjab’s economy registered a growth rate of 4.6 per cent per annum from 2011-12 to 2020-21, occupying the 20th position among states. The per capita income grew at 3.05 per cent. Leading states are growing at more than 7 per cent and registering around 6 per cent growth in per capita income. To regain a leading position, Punjab’s economy needs to enter the high-growth trajectory and attain a double-digit rate by 2047 and 8 per cent growth of per capita income. These targets are achievable in view of strengths of the economy such as a sizeable market, skilled and entrepreneurial human capital, diasporic social capital and industrial peace. Double-digit growth should be accompanied by social safety nets to make growth equitable. To facilitate high growth, the structure of the economy also requires rapid structural transformations.

Currently, the service sector contributes 46 per cent to the state’s income, followed by primary (31 per cent) and secondary sectors (23 per cent). By 2047, the structure of the economy should resemble that of industrial states by making the primary sector’s share 16 per cent, secondary sector 30 per cent and tertiary 54 per cent. An intersectoral strategy of strengthening backward and forward linkages among sectors will help bring structural transformations.

Agriculture is riddled with four types of crises/challenges — economic, environmental, efficiency-related and equity-linked. In the next 25 years, the agenda is to take agriculture to the next level (Agriculture 2.0), driven by precision/satellite agriculture.

The industrial profile of the state is relatively weak. A two-pronged strategy can enable Punjab to become an industrial hub by 2047. The state’s industry is dominated by small units, mostly employing old technologies. Therefore, the first strategy is to upgrade the technology of the existing industry. The second is the steering of high-tech agro-based industries and the industries led by knowledge and smart technologies. To develop high-tech industries and promote innovations, the government, the industry and universities need to join hands on the pattern of the triple helix model of innovation.

Punjab’s performance on account of investment has deteriorated during the implementation of the market-led model. The investment-GSDP (Gross State Domestic Product) ratio declined from 32.27 per cent in 1995-96 to half (16.4 per cent) in 2019-20. To achieve the double-digit growth rate, the ratio should be scaled up to 40 per cent by 2047.

Punjab has a relatively high unemployment rate of 7.8 per cent. It should strive to attain a rate of around 4.5 per cent by 2047. The roadmap for reducing unemployment comprises skill development programmes with ‘apprenticeship’ in vocations, including animal husbandry, electricity, driving, plumbing, computer courses, hospitality and healthcare. Long-term measures for generating employment include promoting industry and services, incentivising startups and entrepreneurship, and developing synergy between educational institutions and the industry.

Guided by these parameters, the roadmap should incorporate inputs from experts and stakeholders. Political consensus on the roadmap should be arrived at by deliberating on it and giving it the go-ahead in the Assembly. It may be treated as a ‘living document’, which can be modified as and when the need arises.