Rich in carotene, mahua flowers served as a favoured item amid the repast of tribal communities constituting 80% of population. Tipplers fermented the flowers and distilled clear alcohol out of wort 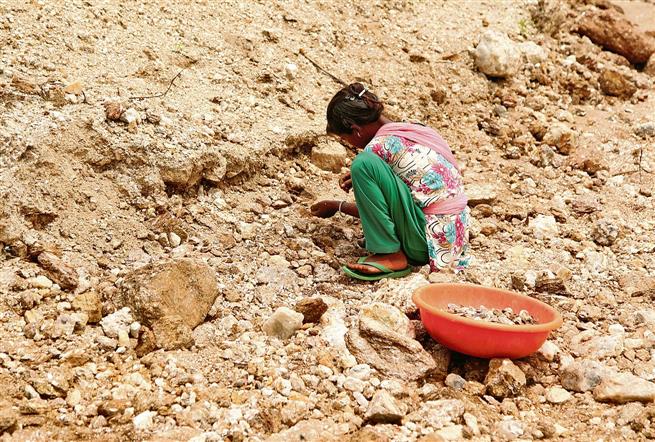 Settling down in our lair, John Podger’s bungalow in village Chhatarbar, mercifully away from the disorderly urban precincts of Koderma and Jhumri Tilaiya, in the mid-Seventies, we were blissfully unaware that the copse of Shorea Robusta (sal) trees surrounding us was but a miniscule though integral part of the vast swath of forest in the Chhotanagpur plateau septentrion. It took a couple of weeks for it to dawn on us that we were blessed to be at the locus of an extensive woodland well nigh covering 42 per cent of my sub-divisional jurisdiction, which was ‘elevated’ 18 years later as a district covering the northern extremity of Jharkhand. Only nearby Chatra surpassed this enviable forest cover by a couple of percentage points.

With its manifold endowments, the extensive deciduous forest was a veritable treasure trove. Plentiful game, mostly spotted and barking deer, antelopes, wild boars, bears, pheasants, and a few elephants, roamed freely and undisturbed in this verdant habitat. Occasionally, a leopard would be sighted. Well-endowed denizens of the area engaged in the extravagance of establishing shooting bungalows deep in the jungle, to serve as staging points for game hunting. Their indiscriminate forays depleted the fauna, until wildlife preservation laws were promulgated, and wildlife stocks began to recoup. And the barking deer and other animals began to call again and puncture the pervasive silence of the jungle.

Herbivores among the animals could treat themselves to plentiful supplies of savannah grass; however, from March to May, they had to compete with the tribal population in 300-odd villages for mahua (Bassia Latifolia) flowers as those matured and fell at dawn. Rich in carotene, these flowers served as a favoured item amidst the repast of tribal communities constituting 80 per cent of the population. Tipplers among them fermented the flowers and distilled clear alcohol out of the wort. Phillip Horo, my driver, a tosspot and a committed devotee of Bacchus, was particularly fond of mahua liquor and was usually not available in the evenings having imbibed more than he could handle. And when he ran out of money towards the month-end, he would decant petrol from the office jeep to give himself a high.

Stately and tall sal and teak trees, predominant in the forest, coupled with bamboo thickets and scruffy undergrowth, made for a green screen which was difficult to penetrate except along the few tracks built by the Forest Department. Acacia Catechu trees, which yield catechu/khair, the pricey astringent used in medicine, for tanning, and on betel leaves, were to be found in some pockets. Nearly 50 per cent of the tribals depended upon biological resources like roots, gum, bark, and collection of kendu leaves (used for wrapping beedis) for their livelihood.

Such riches were a natural allure for the dishonest and perfidious. Contractors licensed for coppicing to generate pit props for mines and timber for building would uproot and extract whole trees. Lumber smugglers would sneak in for illicit felling. The more enterprising khair smugglers set up chopping machines in small clearings in winter and boiled heartwood chips in autoclaves for in situ extraction of refined kattha, sold then in the underground market for about Rs500 per kg. And there were poachers willing to risk the stiff penalties associated with their depredations within the boundaries of protected and reserve forests, demarcated as such since the late 19th century. And all this despite periodical interceptions of such delinquents by the Forest Department and the police.

However, the greatest treasure, mica, lay deep within its womb, with India meeting 80 per cent of the world’s demand of this mineral in the 1940s and 1950s. Organised mica mining commenced in the Koderma Government Estate in 1843. Impelled by the price that he got for a sample in London in 1870, on account of the insulation quality of mica far exceeding that of asbestos, FF Chrestien, a European, was the first to undertake scientific extraction of this mineral, using explosives, and became the sole lessee. The government decided to partake of his prosperity, raising lease money from Rs285 in 1887 to about Rs31,000 at the beginning of World War I, when a maund (about 40 kg) of ruby mica, recognised by then as a strategic mineral for the electrical industry, could fetch Rs500. Other Europeans like TF Milligan, WR MacDonald, TH Sloan, J Grossman and E Lane came in at the turn of the century, but failed to match the scintillating success of Chrestien, who held sway until 1946 when he sold his concern to a Calcutta family for a considerable sum.

Tipped off by British engineers, racing to complete the Grand Chord line for its inauguration by Governor General Lord Minto in 1906, about abundant mica deposits in the area, other Europeans, wearied by the Great War and in search of adventure and lucre, headed to Koderma. But they proved to be less than a match for the redoubtable Vaishya brothers, Chhatu Ram and Horil Ram, whose forefathers had migrated to that area with 500 pieces of British India one rupee silver coins; they proceeded to establish in the period between the two wars a mammoth mica mining and export venture.

Indian mica continued to dominate the world until the mid-1970s, with Brazil a distant second. And then, lighter substitutes, offering better insulation, began to supersede mica. Restrictive stipulations of the Forest Conservation Act impeded underground mining of mica, mostly found in dense forests. And the Naxalites began to abduct miners for ransom. The Koderma mica industry thus suffered a downturn. And so the decline continued, with indolent successors of Indian mica field pioneers incapable of and disinterested in recreating the halcyon days that the mica industry had witnessed.