The advantages of a compulsory military service far outweigh the disadvantages and India ought to legislate this provision. The length of training or refreshers is another matter to be considered, as some flying-related vocations would need an extended training duration. There are ways around any impediment and studying the experiences of other progressive nations would help in refining the optimal scheme for our country. 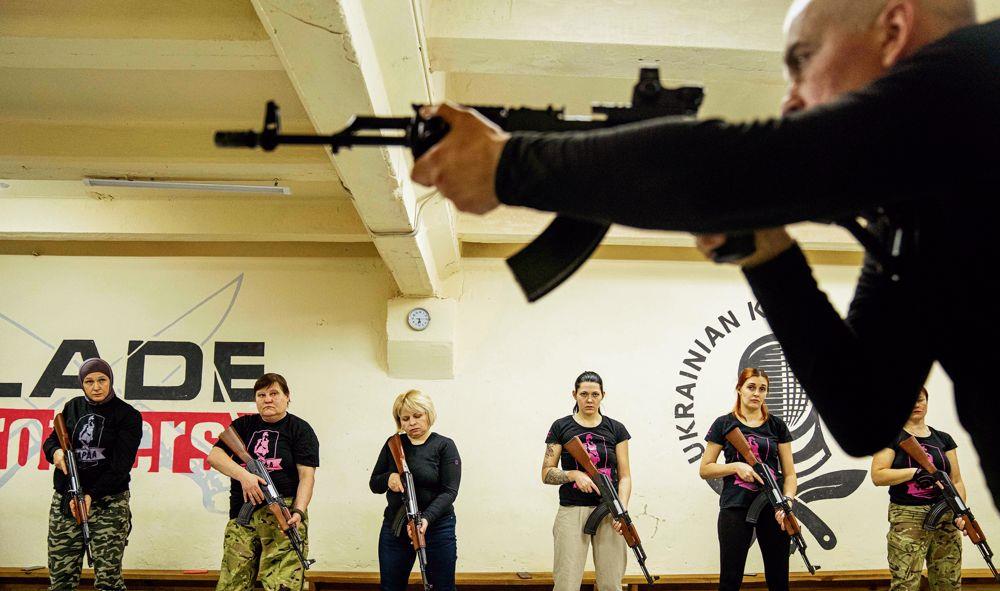 Citizen soldiers: The Ukraine crisis shows how having a cadre of national reservists to augment a standing military is beneficial. AP

The war in Europe has shown us some graphic images of footballers, boxers and beauty queens donning the military gear. It is not merely romanticising and mythologising the concept of war between nations. These are clear markers to drive home some lessons for students of military history. If there is one thing that the Ukraine-Russia war should teach our policymakers, it is the incomparable value of the ‘citizen soldier’.

Nations have traditionally adopted different approaches to conscription, mainly dictated by their geostrategic compulsions and historical lineage. Pure democracies have tended to opt for purely voluntary military service, which definitely has its advantages of a more committed military cadre. But when one looks at the larger context, there appear definite pros to considering a compulsory tenure for the young people in our country.

While it was heartening to read reports of a politician and his volunteering daughter in Ukraine, traditionally our politicians and bureaucrats have fought shy of giving their offspring military exposure.

There are differing formats in military conscription that one sees. We have the Singapore/Turkey model, wherein young boys are made to do two years of military service after school, with some kind of refresher every year. Then you have the Israel model where both boys and girls are exposed to compulsory military service. India has had the National Cadet Corps (NCC) in place for eons now and that has had a positive contribution to the psyche of the overall national discipline in our citizenry. But then, the NCC is not compulsory, especially in private schools, though the existing format does give a limited avenue for youngsters to pursue a military career later in life.

While what one sees in Ukraine could be attributed to Zelenskyy’s leadership style to an extent, there appear to be clear advantages in having a cadre of national reservists to augment a standing military, come war.

But then, again, this depends on the mental and nationalistic make-up of citizens and we may not measure up very high on that scale, though the contributions of the average citizen during war have been commendable, no doubt. Some nations, such as the US, during the Vietnam war, or even in times of peace, have had a system where the military service offers certain perquisites, such as higher education or even citizenship for immigrants.

We, in our country, have toyed with short service commissioning, and making permanency an incentive, of late. But this by itself may not suffice to make up the required numbers to constitute a viable auxiliary force. There is no gainsaying that it is a two-way street here and the boy or girl benefits substantially from such an exposure, more so with compatible government incentives and policies.

One issue with the military service at the post-high-school stage has been the handicap the children willingly imbibe when compared to those who are excused the stint for any consideration. Countries like Turkey even have a payment option to escape the tenure, but that’s an individual country’s choice and may not sit well in most nations.

The fact remains that the advantages of a compulsory military service far outweigh the disadvantages and India ought to legislate the provision in our constitutional fabric. The duration of training or refreshers is another matter to be considered, as some flying related vocations would need to call for an extended duration under training. But there are ways around any impediment, if at all, and studying the experiences of other progressive nations would, no doubt, help in refining the optimal scheme for our country.

From one’s experience, one has seen a considerable boost in discipline in youngsters who undergo military service. While the sense of civic responsibilities and adherence to law is a gainer, one even sees an added respect for the uniform amongst those who wear it and the citizenry that benefits from this measure. One even sees young people opting to get married with their uniform on, which, to my mind, is a highly desirable thing.

Once the powers that be are convinced about the overwhelming plus points in compulsory military service, any number of incentivised government policies could be put in place to promote the scheme — from monetary to promotional aspects.

Some naysayers may argue that with a huge population base that we have, a voluntary military stands us in good stead. But while that may be true to an extent, we need to consider the bigger aim of inculcating the national spirit and a citizen-specific esprit de corps. After the horrors of the two World Wars and the advent of nuclear weapons, it was believed that all-out wars had become passé.

But Ukraine has shown otherwise. While the sub-continental situation has some cause for cheer in terms of not over-reacting in unplanned hair-trigger situations (such as the recent BrahMos episode), it is not without reason that developed modern nations spend wisely on their defence capabilities. What better example than the quantum jump in the defence expenditure by the Germans, post the war situation in Europe.

Likewise, our planners need to heed to the age-old clarion calls for a substantive defence outlay in our national budget and compulsory military training ought to be a mandatory proviso for a resurgent India. Along with international military exercises and peace-keeping missions, India’s aspirations to shine as a viable Indo-Pacific entity would only be realised with a viable military capability in place. And the advent of Quad is another important development for us to girdle our loins in keeping with our international footprint.

Having not opted for this route hitherto, policy changes by the government would necessarily be buttressed by a strong information campaign and national debates to make compulsory military training for tomorrow’s generation a viable proposition.