Forced conversions and marriages in Pakistan a cause for concern 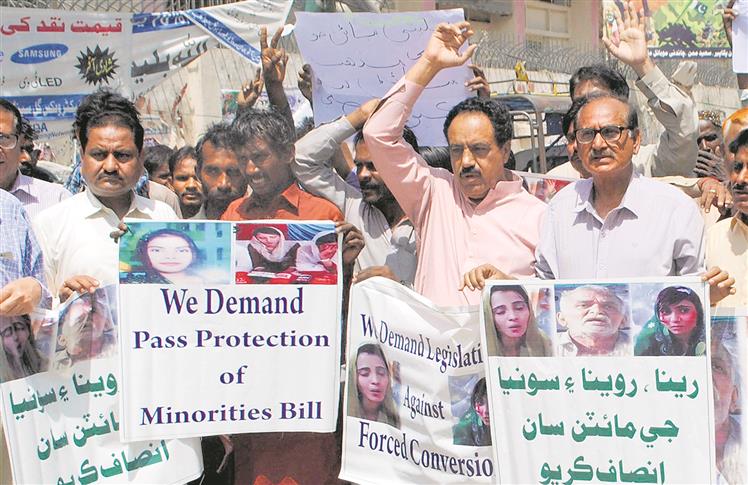 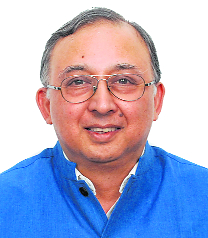 On January 15, a 15-year-old Hindu girl, Mehak Kumari, of Jacobabad was abducted, forcibly converted to Islam and married to her abductor. She was just the latest in the long line of similar incidents that made the headlines and haunt the minorities in Pakistan, like that of Raveena (13) and Rema (15), Christian — Huma Masih and Sadaf (13), and Sikh — Jagjit Kaur (16). In the latter case, a mob even surrounded Gurdwara Nankana Sahib and threatened to desecrate it.

Surveys carried out by different organisations are telling. According to a July 2005 report released by the Aurat Foundation, about 1,000 forced conversions took place in Pakistan annually. Majority of these were in Sindh, where the overwhelming majority forcibly converted were Hindus. Another report of the University of Birmingham in 2018 stated that evidence provided by NGOs, journalists and academics showed that ‘in most cases, the victim is abducted and is then subjugated to sustained emotional and physical abuse, often involving threats of violence towards their loved ones.’ According to the university, no less than 20 Hindu girls are kidnapped and proselytised every month in Pakistan.

The modus operandi in forced conversion is similar: initially the police refuse to register FIRs or falsify information, thereby denying families the chance to take their case any further. The judiciary, both lower and higher courts, tends to accept the claims about supposed free will. There is often no investigation into the circumstances under which the conversion took place and the age of the girl is ignored. The girl involved is often left in the custody of her kidnapper throughout the trial process where she is subjected to further threats to force her into denying her abduction and rape and accepting that the conversion was voluntary.

To its credit, in November 2016 the Sindh Assembly unanimously enacted the Sindh Criminal Law (Protection of Minorities) Bill 2015. This was a bid to prevent and criminalise forced conversions and subsequent forced marriages. However, there was sustained pressure from religious parties against the Bill. They threatened to lay siege to the Assembly. Some even termed it a conspiracy of Pakistan’s enemies to destabilise the country, a favourite argument when all else fails. One cleric termed the move as converting Sindh into ‘kafiristan’ and sought the dissolution of the provincial Assembly. Such was the pressure that the Assembly secretariat sought security for the legislators who were part of the Standing Committee that had cleared the Bill.

Succumbing to mounting pressure, the PPP-led Sindh government — which had distributed sweets while calling the passing of the Bill a ‘landmark achievement’ — surrendered. It announced making amendments to the Bill and asked the governor not to ratify it. The governor referred the Bill back to the Assembly where it was shelved.

The argument made by the PPP government was that in Islam religion could not be changed forcibly, therefore no Muslim could think contrary to its teachings nor could legislate such a law. A brave journalist quipped in response that murder was also contrary to Islamic teachings and so since no Muslim would ever dare to commit murder, should that practice also avoid legislation?

Several elements of the situation are noteworthy. First, time and again, religious extremists have demonstrated that they can defeat the will of elected representatives. In this case, the 171-member Assembly was held hostage by a group of religious zealots.

Second, Pakistan’s laws do not allow minors certain rights, like being able to vote, to drive a vehicle or make other legal choices. Yet, it is being accepted that a minor could make such a momentous decision about changing religion. A question that the Hindu community in Sindh rightly asks is why are only underage Hindu girls embracing Islam and not boys? And why only minors and why not mature ones?

Third, the judiciary has played a dubious role. In the 2012 Rinkle Kumari case, the Supreme Court overlooked the question of the girl being a minor. The proceedings merely focused on the ‘will of the converted’ established through a statement on oath.

Fourth, according to the Asian Human Rights Commission, many local mosques and seminaries, as a matter of official policy, encourage converting members of minority communities by offering rewards. They say that it is the equivalent of ‘Haj-e-Akbari’, or the greatest religious duty of Muslims that will bring rewards in ‘akhirat’ (hereafter). The parliamentary committee to protect minorities from forced conversions confirmed this when it observed in January 2020 that certain religious groups even considered conversion of minor girls through criminal tactics as legal.

Fifth, shrines, seminaries and clerics like Ayub Jan Sarhandi of Sarhandi shrine in Umerkot and Mian Mitho of the Bharchundi shrine in Ghotki have played a key role in forced conversions. They instigate their followers to employ every means possible to ‘confirm their tickets to paradise’. The seminary heads are influential men in their districts with good political connections. Hence, neither the police nor the government takes action on the abduction of Hindu girls.

The conclusion is inescapable that in ‘the land of the pure’, minorities, especially minor girls, do not have hope. The efforts of the moderate civil society to prevent forced conversions will continue to be thwarted by the strident religious right. Without government support it is highly unlikely that the minorities would ever feel safe. Such support, however, does not seem to be forthcoming in ‘Naya Pakistan’.