Mighty Putin versus the rest 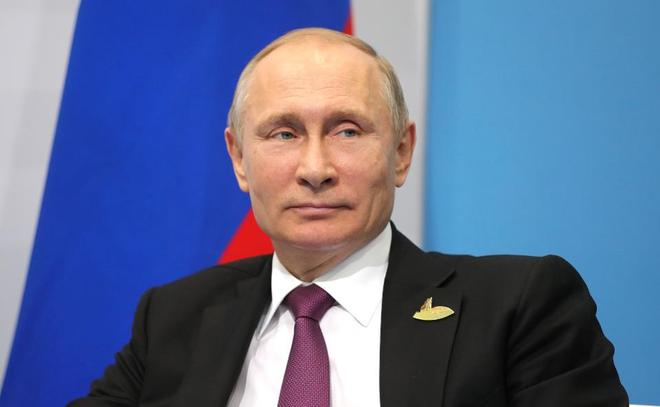 One has to move away from disastrous Indian TV scenes — three high-powered investigative agencies backed by well-muscled Bihari chauvinism questioning one solitary lady for 80 hours, is not a good sight for sore eyes. Then a house break-in in Mumbai at first light, state-sponsored again, bulldozers at dawn. Whatever Kangana Ranaut wants to say, let her, it’s a free country. Let’s turn somewhere else for variety, to the Russian landscape, regrettably bleak and icy. But before that, there is a question to be asked of great leaders bestriding the earth like colossi. Do great leaders relish advice? Do they take kindly to guys who tell them ‘lay off boss, this won’t go well with the people, may cause hardship’. ‘Sir, as you rightly said, black market must be exterminated, but withdrawing currency, is that the right way to go about it?’

If you are advising a Russian leader, the stakes are much higher, not just about paper currency or withdrawing your monetary assistance to the WHO, whose chief for the first time is not a doctor, and was seen to be pro-Chinese. In Russia, as the western media would tell us, it is a matter of life and death. Do we present a cup of tea, laced with radioactive poison, to so and so? Would such questions be asked of the head of the KGB, now called the FSB? And isn’t it the job of the government to put a restraining arm around the dreaded outfit?

As things unravelled on 20th August, on a return flight from Siberia to Moscow, Alexander Navalny, Opposition leader and severest critic of Vladimir Putin, fell unconscious. He had taken a cup of tea at the airport. He was taken to Minsk for treatment. The matter was so serious that he was despatched post haste to Germany. On September 2, the German Chancellor, the indomitable Angela Merkel, announced that Navalny was “the victim of a crime that intended to silence him”. You cannot be more specific than that. Germany has also confirmed that Navalny was a victim of Novichok, which means ‘newcomer’ in Russian. Novichok is a lethal group of nerve agents developed by the erstwhile USSR military (those heady days!) under a programme codenamed ‘Foliant’ about 30 years ago. The moral of the story is that don’t let the military fiddle with labs, lethal agents and gasses. Civilians are gentler, just bulldozers at dawn. Russians are well practised in Novichok. One of their best known victims was Litvinenko, who was given tea laced with Polonium 210. This was in 2006. Litvinenko had defected from the FSB to the UK and was very critical of Putin.

An enquiry by the British government found that he was poisoned at a London hotel bar. The British Prime Minister stated that the assassination was state-sponsored.

Does Vladimir Putin, who has headed Russia for about 20 years, realise the damage to his image, and that of the system prevailing in Russia? Very often, it is his own opponents who are victims. Before Navalny, we came across the case of Politkovskaya, a fearless critic who exposed the goings-on in the Soviet army as well. An attempt to kill her failed, so shots from a pistol finished her. I read her book four days after her assassins were acquitted. There were some horrific passages in it. One I remember is a case of a mother whose son in the army was missing and went to an officer for redress. And there on the fellow’s table was a jar with the skull of her son preserved for posterity. That’s what she believed.

After every such incident, the Russian government is in denial. Mr Putin has even started contradicting history. Like Don Quixote attacking the windmills, he lashed out at what history has made out of what is commonly known as the Molotov-Ribbentrop Pact of 1939. He was incensed (have leaders got the right to get incensed?) at what the European Parliament did in September 2019, as it passed a resolution on the “Importance of remembrance for the future of Europe”. It said unequivocally that “the Second War, the most devastating war in Europe’s history, was started as an immediate result of the notorious Nazi-Soviet Treaty on Non-Aggression of 23rd August, 1939, also known as the Molotov-Ribbentrop Pact, and secret protocols, whereby two totalitarian regimes that shared the goal of world conquest divided Europe into two zones of influence”.

Putin couldn’t stomach this, and defended the pact in front of heads of former Soviet republics, throwing the blame on the Polish Ambassador to Berlin (1939), “a bastard, an anti-Semitic pig” who expressed “full solidarity with Hitler in his anti-Semitic views”. Putin explained that Western powers would not side with Soviet Russia, so Moscow needed peace with Germany.

One may end with a silent prayer that President Putin may play cat and mouse with the Russian Constitution, but please restrain his agencies from playing havoc with the political Opposition.