Other than creating a non-lapsable Defence Modernisation Fund financed largely by monetising some 31,550 acres of military land, including 20,000 acres on which Military Farms, founded in 1887, were located and another 8,000 acres occupied by abandoned airstrips and sundry camping grounds, and reducing service salaries and pensions, the MoD is also trying to source military equipment locally. But in its misdirected zeal, the MoD fails to realise that such inchoate initiatives are either unviabl 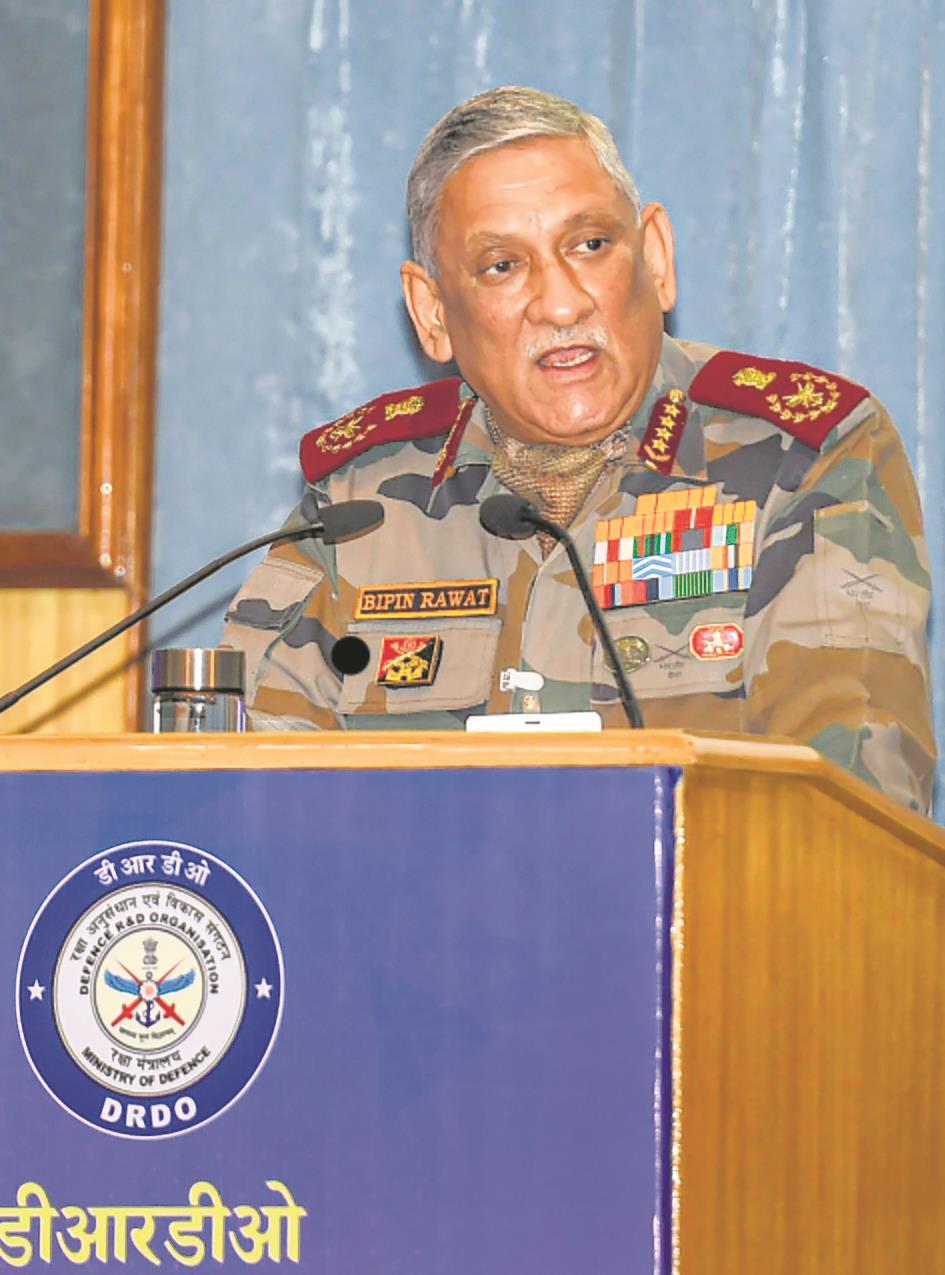 Task cut out: Under General Rawat as the CDS, efforts are afoot to modernise the defence forces. PTI

Influenced by India’s vocal strategic community, obsessed largely with abstract notions regarding modernisation of the country’s military, successive governments have impetuously taken steps to usher in half-baked ‘reforms’ to these ends, with little effort to assess either their efficacy or implementability.

Many such putative reforms have gained currency in recent months, following the appointment of the Chief of Defence Staff (CDS) General Bipin Rawat in December 2019, primarily to effect military modernisation by readying the services to fight the 21st century techno-wars and to economise defence expenditure. The ongoing armed standoff with China in eastern Ladakh, since May 2020, has only exacerbated the government’s and General Rawat’s formidable security challenge as India’s military scrambles to counter the daunting threat posed by Beijing.

Other than creating a non-lapsable Defence Modernisation Fund (DMF) financed largely by monetising some 31,550 acres of military land, including 20,000 acres on which Military Farms, founded in 1887, were located and another 8,000 acres occupied by abandoned airstrips and sundry camping grounds, and reducing service salaries and pensions, the Ministry of Defence (MoD) is also focusing on Aatmanirbharta or self-reliance by sourcing military equipment locally. But in its misdirected zeal, the MoD fails to realise that such inchoate initiatives, though cursorily appealing in an optics-driven environment, are either unviable, or worse, hugely expensive, or both in the medium term once implemented.

Initially proposed 17 years ago by the then Finance Minister Jaswant Singh whilst presenting the interim budget for 2014-15, the DMF proposition has recently been resurrected as a magical ‘silver bullet’ to dissemble innumerable flaws and complexities in the MoD’s hidebound procurement procedures. This is despite repeated warnings by senior federal officials that transferring funds to, and defraying moneys from the DMF too would necessitate parliamentary approval, analogous to the regular budgetary exercise, apart from exacerbating the burgeoning fiscal deficit.

Simply stated, the projected DMF is in no manner comparable to a current account to ‘park’ surplus funds for the services to tap into whenever required. The DMF’s proposed quantum, however, is unknown, but according to the 15th Finance Commission’s estimates, it could be around Rs 1,88,000 crore for the five-year period from 2021 to 2026. If so, it would make it an average of Rs 37,600 crore per annum for all three services, a paltry amount by any standards, considering the gargantuan amounts needed for military modernisation.

There is yet another related complication; if the DMF funds remain unutilised for three years — a distinct possibility, given the MoD’s extended acquisition processes — all unspent resources will revert to the Consolidated Fund of India. Hence, it may be far easier to append such a meagre sum to the regular budgetary allocation, instead of routing it through the DMF.

Furthermore, monetising defence land cannot be a lasting solution to bankroll the DMF, as the family silver can only be sold once. Thereafter, the DMF will need to be financed via taxation or borrowing, or both, suppressing allocation to other crucial sectors of the economy, thereby running the entire scheme aground if the government fails in augmenting future revenue collections.

And, though General Rawat has also proposed numerous ideas to contain salaries and pensions — equalling 54 per cent of the overall defence budget in the current fiscal — like limited colour service, extension of retirement age and graded pensionary benefits, serving and retired military personnel have summarily resisted all such ‘demoralising’ schemes. This influential lobby has outright condemned them as impractical and unworkable, seriously threatening to nobble General Rawat’s recommendations.

Indigenously sourcing defence materiel, though a laudable objective, too needs to be rooted in fiscal reality as it cannot, under any condition, immediately deliver financial dividends and effect savings. The Aatmanirbharta mantra is simply another refrain many in the government swear by without adequate data to support their belief that it will imminently usher in financial frugality.

If anything, indigenous production of military equipment desperately needed by India’s military like helicopters, submarines, combat aircraft, tanks, and even small arms, amongst others, is in the initial years, invariably more expensive than importing it till domestic manufacturing accomplishes amortisation. Domestically, this latter goal is wobbly as India’s military is the sole customer for this kit and the export of major platforms and systems, vaunted as yet another ‘silver bullet’ remains, for now a mirage.

One simple illustration concerns the long-pending proposal by the Ordnance Factory Board (OFB) to domestically licence-build 6,50,000 Russian Kalashnikov Ak-203 assault rifles. The OFB has reportedly costed each Ak-203 rifle initially at around Rs 86,000, amortised over time to average around Rs 80,000 per unit. Embarrassingly, the recent import of 1,44,800 assault rifles from the US-based Sig Sauer to meet the Army’s urgent operational needs was considerably cheaper. Each Sig Sauer SIG 716 rifle was priced at $990 (around Rs 74,000) — Rs 12,000 and Rs 6,000 cheaper than an Ak-203 rifle’s initial and amortised cost, respectively, projected by the OFB.

There are numerous other such instances. In July 2006, for example, the Comptroller and Auditor General (CAG) had castigated Hindustan Aeronautics Limited for licence-building Russian Sukhoi Su-30MKI multi-role fighters for almost twice the amount it would have cost to import them directly.

The CAG revealed that the total cost of locally building 140 Su-30 MKI projected by the MoD in 2002 was $4.91 billion, but it nearly doubled to $8.71 billion soon thereafter. And though there is irrefutable logic in augmenting domestic defence production, it needs selective implementation as it defies logic for the Indian defence industry to reinvent the wheel.