After unlocking started in June, a step-up in economic activity has been witnessed, raising the hope that this represents the green shoots of recovery. But the alternative hypothesis is that this is the pent-up demand of the lockdown period being released. The big question remains: will the green shoots mature into full foliage or tend to wither away over time? 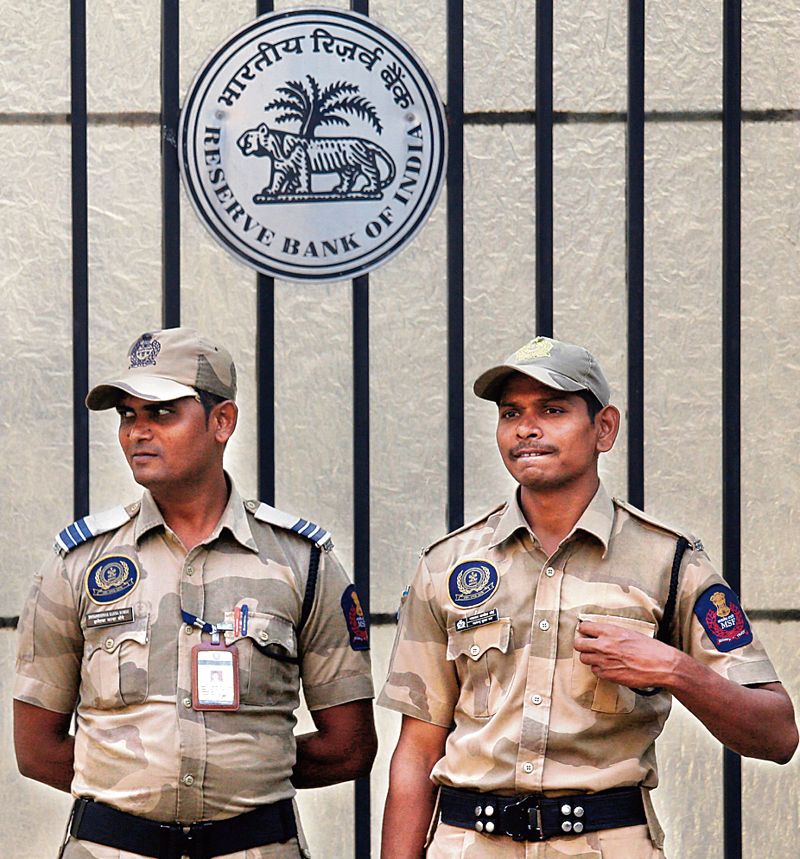 Wishful thinking: The RBI is seeking solace from the fact that interest rates have been cut to a historic low and this should boost borrowing and economic activity.

The government is concerned about its stressed revenue position and its seniormost experts are looking at ways in which revenue can be raised. As revenue collection moves in tandem with the level of economic activity, all heads are turned towards spotting the earliest signs of a revival of that activity.

The current scenario is the bleakest conceivable, with experts’ bodies across the globe forecasting a contraction in the economy in this financial year. To square the circle — reconciling hopes and efforts at recovery amidst the negative forecast — the government is foreseeing an upturn in the second half of the financial year.

If the fiscal side, embracing tax and non-tax revenue, sends out only negative vibes, the monetary side is doing no better. The Reserve Bank of India is seeking solace from the fact that interest rates have been cut to a historic low and this should boost borrowing and economic activity.

But one expert who has poured cold water on these expectations is Rathin Roy, director of the National Institute of Public Finance and Policy, who has said that the belief that rate cuts will deliver growth can be simplistic as transmission (policy rate changes leading to similar changes down the line) is not taking place.

So, where do we go from here? The focus needs to shift from raising revenue to raising the level of economic activity. One shortsighted attempt to raise revenue is hiking fuel prices inexorably. This is putting a damper on economic activity.

The level of economic activity is inextricably linked to the lockdown scenario. The bottom fell out when the lockdown was imposed in late March. Once unlocking started in June, a step-up in economic activity has been witnessed, raising the hope that this represents the green shoots of recovery. But the alternative hypothesis is that this is the pent-up demand of the lockdown period being released. The big question remains: will the green shoots mature into full foliage or tend to wither away over time?

But just when unlocking was supposed to unleash economic activity and lay the foundations of revived economic growth, the lockdown has staged a comeback. Partial lockdown is being imposed across the country, covering states as diverse as Karnataka, Maharashtra, Uttar Pradesh and West Bengal. These lockdowns in patches have stopped factories even as they were getting into the mode of pursuing normal production. In a world of long supply chains, the sudden, even if temporary closure of one factory in one part of the country, means components denied to assembly lines in another. Thus, there is a snowball effect of the haphazard lockdown far beyond its local impact.

Unfortunately, there is still an abiding faith in lockdowns, total or partial, when three months of a comprehensive lockdown got the country nowhere in terms of breaking the back of the coronavirus infection. The curve has refused to be flattened. But if despite this, patchwork lockdowns are still being imposed across states, it is because that is the one thing that states know how to execute.

Clearly, something different needs to be attempted. Foremost, the Centre has to get the states together and help coordinate their lockdowns. But even this is not enough. Perhaps a two-part strategy needs to be seriously mulled. One is a far more nuanced strategy to address the infection, taking a cue from the way a state (Kerala) and a country (South Korea) have addressed the problem with remarkable results.

Kerala is the beneficiary of having been able to put in place a remarkable social contract. The government has told the people how they must behave and they have, believe it or not, listened. The fundamental trio of actions — wear masks, maintain social distancing and wash your hands as often as possible — has been practised by the people. In contrast, take the case of West Bengal where partial unlocking brought hordes out into the markets with all norms thrown to the winds.

The Kerala Government has effectively followed its own five-part strategy — trace, quarantine, test, isolate and treat. South Korea has followed a similar strategy of extensive testing, the most rigorous tracing with the use of all available technology and strict enforcement of isolation for the most serious cases.

The second part of the strategy involves going back to first principles, so to speak. It is to revive demand. Unless people have a minimum buying power to go out and buy their basic necessities, and small businesses the cash to restart (buy inputs and pay wages), there cannot be any demand for small and medium manufacturing units to get started (the bigger units can only ride on this). So, there needs to be another stimulus package with emphasis on putting cash into the hands of the poor and the lowest level of the working class and the smallest of businesses. If this throws the fiscal deficit target out of the window, so be it. The strategy has to be: distribute cash, generate demand and economic activity will pick up and that in turn will take care of revenue.

To sum up, the task ahead is primarily political. The Centre has to promote inter-state cooperation on lockdowns and the states have to persuade the people to behave the right way. If this happens, good economic result will follow.