According to the World Health Organisation, all forms of asbestos are carcinogenic and approximately half of the deaths from occupational cancer are estimated to be caused by asbestos. Though there are no working mines, India is the largest importer of asbestos, mostly from Russia. 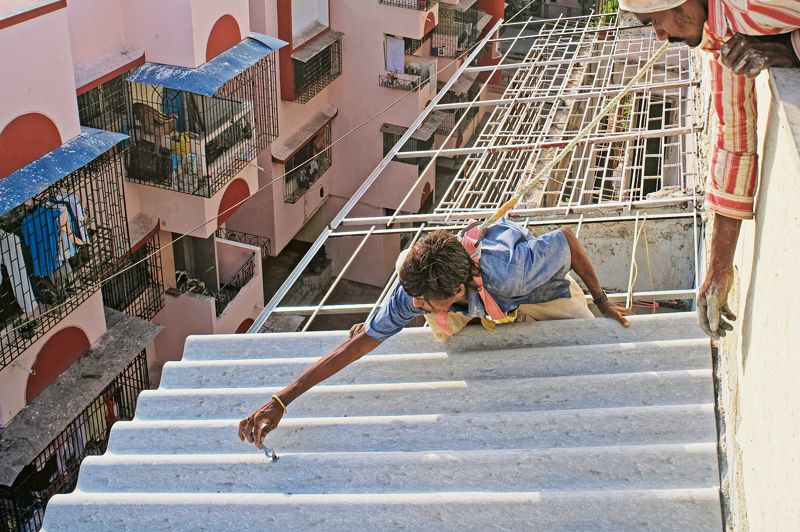 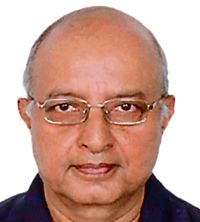 Around four decades ago while serving as the Collector of Cuddapah (now YSR) district in Andhra Pradesh, I used to receive complaints about the health risks associated with asbestos mining there. With increasing public awareness and establishment of the link between asbestos and the serious diseases it causes, including mesothelioma, asbestosis, cancer of the lung, larynx and ovaries and others, there is concern on a global scale now, demanding a ban on the use of asbestos.

To a parliamentary question, the Union Environment Minister replied on April 4, 2022, “There is no proposal under consideration to prohibit the use of asbestos in the country,” listing out the steps being taken by the government to ensure proper working conditions for employees engaged in asbestos industries and highlighting what it did in pursuance of the 1995 and 2011 judgments of the Supreme Court.

The steps included a ban on the grant of fresh mining leases and renewal of existing leases, declaring the manufacturing, handling and processing of asbestos and its products as hazardous process under the Factories Act, 1948, and regulating the permissible level of air-borne asbestos fibres in the work environment.

Though there are no working mines, India is the largest importer of asbestos (3,61,164 tonnes in 2019-20), mostly from Russia. It processes, uses and exports asbestos. One should, therefore, probe a little deeper to understand the constraints policy-makers might be facing on the issue.

Recently, a workshop on the subject was organised in New Delhi, featuring Dr Arthur L Frank of Drexel University and other eminent speakers, who deliberated on the health benefits of eliminating its use in India. Experts and activists from various fields, including Naresh Gupta, Partha Sen, GC Khilnani and RK Sinha, shared their perspectives, buttressed with facts and figures.

According to the World Health Organisation, all forms of asbestos are carcinogenic and approximately half of the deaths from occupational cancer are estimated to be caused by asbestos.

Globally, about 70 countries have banned the use of asbestos, but those such as the US, India and China have not. Asbestos is a strong incombustible fibre which is used for fireproofing and insulation. It also has a very high tensile strength. Consequently, it has umpteen uses — cement roofing sheets and piping and textile and automobile industries. In India, lakhs of workers (around 3 lakh according to an estimate) are engaged in processing of asbestos and its products. Besides, powerful business groups are involved in it.

A noteworthy point is that the latency period in India between exposure and the onset of a major disease is quite long, often more than 20 years. Besides, the absence of authentic data and inadequate follow-up action often tend to obfuscate the degree of the disease burden and the associated costs. In 1995, the Supreme Court directed that the records of employees be kept for 40 years since recruitment or 15 years after their employment ends.

Such being the complexity of issues, and given the current stand of the union government, what should be a pragmatic course of action? It can be argued that the ban on asbestos use should be a goal to be achieved, say, within 15 to 20 years. With that as an overarching objective, the following short and medium-term actions can be considered.

First, there should be constant monitoring by independent agencies, NGOs and the government(s) to minimise/eliminate the adverse health impact and pollution caused by asbestos, seeking answers to a myriad questions. Have all mine closure plans been satisfactorily effected? Is illegal mining still going on clandestinely? Are the strict emission standards and model rules under the Factories Act being scrupulously followed? Are the prescribed record-keeping, as mandated by the Supreme Court, and periodic health check-ups of workers engaged in processing/manufacturing industries, or those living near the closed mines, being undertaken?

Second, intensive awareness campaigns, especially among manufacturers, workers and users of asbestos, should be mounted to make everyone aware of the potential hazards. Third, the Council of Scientific and Industrial Research and other R&D institutions should be incentivised to develop an affordable and an alternative material to asbestos, and the technologies so developed should be provided, free of cost, to the processing industries.

For example, under the Montreal Protocol, financial and technical assistance were provided to facilitate phasing out of ozone-depleting substances and shifting to better alternatives. Can something on those lines be considered? Shouldn’t the BRICS countries, some of which process and use this material, extensively take the lead in this regard?

Fourth, since India has always taken an active stand on promoting sustainable development, an inter-ministerial task force may be set up with the ministries of health, environment, labour, commerce, mines, chemicals, industries and external affairs, besides NITI Aayog, involving representatives of other stakeholders, to devise ways and means to progressively limit the exposure to asbestos and eventually free the country of its use.

Fifth, asbestos industries should be persuaded to earmark a part of their corporate social responsibility funding for this cause, with enhanced provision for healthcare and lifelong medical insurance for workers and handlers exposed to this material.

Sixth, prominent institutions may like to set up the Concerned Citizens’ Groups to constantly be in touch with the government authorities to remind and persuade them to gradually move towards the goal of eliminating asbestos use in India.

The path ahead may not be an easy one, but with informed and sustained public pressure, this goal seems achievable.