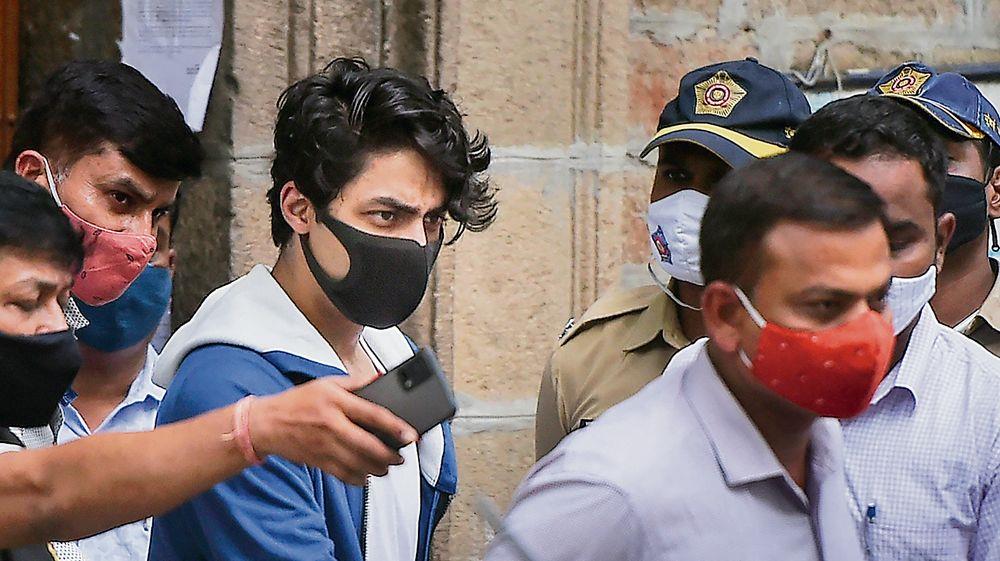 Empathy: Drug consumers should be treated like patients, requiring medical care rather than retributive justice. PTI

If Aryan Khan had not been SRK’s son, the NCB would not have gone to town over the seizure of mainly charas, besides other psychotropic drugs, from some youthful revellers about to board a cruise liner. The Directorate of Revenue Intelligence (DRI) had made a big catch last month in the Adani-managed Mundra port in Gujarat. Nearly 3,000 kg of heroin, originating in Afghanistan, had been shipped via Iran for the Indian market. Eight arrests had been made in that case, including that of four Afghan nationals, one Uzbek, an Andhra couple from Visakhapatnam in whose name the consignment was booked. In the recent past, similar consignments described as talcum powder had been booked by the same couple and had been received at Mundra port from the Iranian port of Bandar Abbas. The case has been handed over to the NIA. It should have received much greater coverage! Drugs from Afghanistan would necessarily be suspect for linkages to terror financing.

The involvement of a BJP ‘karyakarta’ leads me to suspect that there is a bid by the party in power to target Bollywood so that it falls in line with its ‘grand design’.

The NCB was constituted in 1986, with the objective of collecting information and data on major smuggling syndicates operating in South Asian countries and beyond, and using India as a destination or a conduit for trade with the richer countries of Europe and America. The supply side of the drug trade with its international ramifications was best tackled by an apex enforcement body like the NCB, leaving the demand side to local police forces to manage.

But the demand side was obviously more exciting. When Bollywood is involved, it becomes even more exciting. Interest in the personal lives of actors invariably hits headlines. And now the youthful progeny of the stars provides the starry-eyed public a lot to think and talk about. Aryan, the 23-year-old son of Shahrukh Khan, just returned from the US, where he was studying to be a film producer, was just the target that any agency, greedy for publicity and recognition, could dream of.

That piece of luck landed in the Mumbai office of the NCB in the shape of two informers, a BJP ‘karyakarta’, named Manish Bhanushali, and his friend, GP Gosavi, charged four times, thrice in Thane and once in Pune, of the offences of cheating, extortion and the like. They doubled up both as informants and NCB ‘constables’ used for escorting the frightened drug user, Aryan, into the NCB’s office from the court or some other place not indicated on television. Only the triumphant mugs of these worthies announcing their importance to the world was pictured on the TV screen.

The involvement of the ‘karyakarta’ leads me to suspect that there is a concerted attempt by the party in power, starting from the Sushant Singh Rajput investigation, to target Bollywood so that it falls in line with its grand design of bringing all elements of the media to heel. The National Socialist Party in Germany, before World War II, had perfected this subjugation of the film world to a fine art under the direction of its propaganda czar, Heinrich Goebbels. Any autocratic party has to tame the media to fork out its own version of facts. Cinema is a medium that counts much as it is the most powerful influencer of minds. Kim Jong II, the North Korean despot, had actually arranged for a well-known South Korean actress and her director-husband to be kidnapped from across his country’s borders and incarcerated till they fell in with his grand design!

In a democracy like ours, no leader can emerge that is ruthless like Hitler, Mussolini, Saddam Hussein, Gaddafi and Idi Amin. But some nascent idea of regulating the dissemination of narratives that suit the dominant ideology is certainly discernible. A fairly well-oiled propaganda machine is firmly in place.

I have heard an argument being made that the demand side is as important as the supply side in NCB’s mandate to curb this menace of drugs. When marginal and potential users learn of the arrests of famous individuals or their children, the temptation to indulge automatically reduces. This hypothesis has no feet to stand. The usage of drugs in some social circles is so rampant that the only thing that will help is cutting off the supply. Columnist Shobhaa De has commented on this phenomenon recently and I would accept her assessment.

My own view is that drug consumers should be treated like patients in a doctor’s clinic, requiring medical care rather than retributive justice. The police need to concentrate on the pushers and the distributors who are the real menace. The NCB, when reminded of its responsibility in this regard, arrested a Nigerian national involved in the distribution network. It is a matter of concern that a disproportionately large number of the city’s Nigerian residents are mixed up in the drug trade.

There has been considerable sympathy aroused in the public mind for Aryan. For one, his father is popular. Two, he has always avoided the public gaze. Most importantly, his picture in newspapers after his arrest reflected innocence, fright, some penitence perhaps, much remorse probably for embarrassing his parents. There is no arrogance or defiance or a sense of entitlement that kids of the high and mighty often demonstrate. The son of the Minister of State for Home in the Union Cabinet, arraigned for the murder of protesting farmers at Lakhimpur Kheri, was a picture in sharp contrast. Unfortunately for Ashish Mishra Teni, their pictures appeared in the newspapers around the same time.

Much of the sympathy for Aryan in Mumbai was, of course, due to what Shobhaa De calls the city’s ‘drug culture’. The widespread use of party drugs described by the respected columnist make Aryan and his friends brothers and sisters in arms with a sizeable slice of Mumbai’s partying society. There are many in the city who do not think or feel that these young people have been guilty of a really serious crime.

On the other hand, the presence of the two ‘informers’ in the thick of events, instead of in the background or on the periphery, has left a very bitter taste in the ordinary Mumbaikar’s mouth.