More to this space race than billionaires

Now, the space companies are ready for ticketed customers for their sub-orbital missions. This opens up a new segment of space tourism and private satellite launches. National space agencies and their arms have been into commercial satellite launches such as those by India’s Antrix Corporation. These agencies use rockets which take a few weeks to several months. On the other hand, a Virgin Orbit spaceplane can be quickly requisitioned to launch a satellite. This could come in handy for national 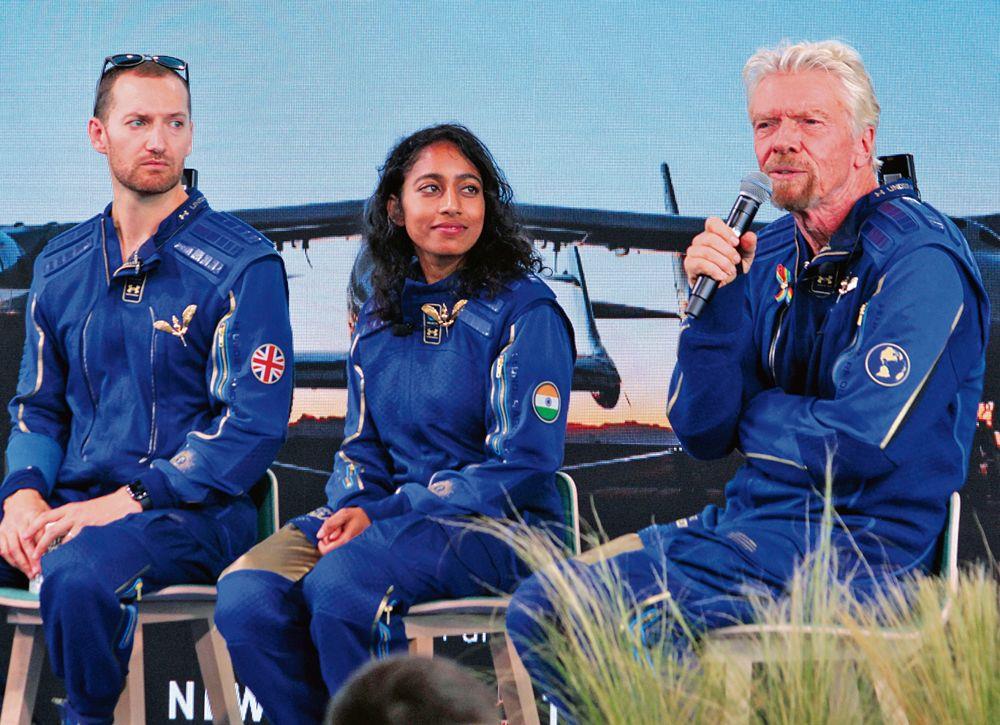 Big leap forward: The first fully-crewed flight of Virgin Galactic has shown that the new space race is about science, technology and business. AP 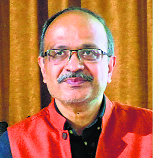 THIS month is witnessing some unusual activity, with billionaires becoming astronauts. The space flight of Richard Branson earlier this week is to be followed by a similar space mission led by Jeff Bezos. The third one by Elon Musk is not far away. More than half a century ago, the space race between America and the Soviet Union reached its zenith with the first human landing on the lunar surface. It was the Cold War era and the exploration of space was in its formative years. In the past two decades, China emerged as a serious contender in the space sector with its human missions and programme to build a space station. This, together with India’s successful missions to the moon and Mars, led to an Asian space race. Several other countries in Asia have developed national space programmes. Now, the world is witnessing a new space race in which the contenders are billionaire-entrepreneurs and not nation-states. This race can potentially change the contours of space business in future.

The participation of high-profile businesses may have made space flights look like a billionaire’s game, but the new space race is about hard science, technology and business. The first fully-crewed flight of Branson’s Virgin Galactic has demonstrated that humans can fly into space and return safely to the earth in a plane. This is no ordinary plane but an aerospace plane combining the features of an aeroplane and a space rocket. For decades, such a spaceplane has featured in science fiction books and movies and has been on the drawing board for a long time.

A spaceplane is different from a space shuttle which was the mainstay of space travel till a few years back. A shuttle is launched into space from the ground on a rocket and propelled into its desired orbit, while a spaceplane or rocket plane is flown on a mothership and is ejected at a certain altitude from where it propels further to the edge of space. Both the mothership and spaceplane are reusable, unlike rockets that burn out after placing satellites or human capsules into their orbits. Spaceplanes don’t need spaceports either. They can simply take off from an airport.

Satellite launches and human missions are prohibitive due to high costs involved in making new rockets and launch vehicles for every new mission, and building dedicated spaceports. On the other hand, private companies are using ‘air launches.’ It has taken almost two decades of development, trials and failures – including fatal mishaps — to reach this point. Branson’s other company, Virgin Orbit, has used a Boeing 747 to release a mid-air rocket carrying satellites and has successfully placed several satellites in their orbits. NASA has also used the services of commercial operators to deliver cargo to the International Space Station (ISS). Together, Virgin Galactic and Virgin Orbit have demonstrated the technical feasibility and safety of a spaceplane for both satellite launches and human space flights.

Now, the space companies are ready for ticketed customers for their sub-orbital missions. This opens up a new segment of space tourism and private satellite launches. National space agencies and their arms have been into commercial satellite launches such as those executed by India’s Antrix Corporation. Since these agencies use rockets for satellite launches, the lead time is a few weeks to several months. On the other hand, a Virgin Orbit spaceplane can be quickly requisitioned for launching a satellite at short notice. This could come in handy for national security agencies in times of emergencies. Space tourism is, of course, going to be a source of revenue with many millionaires and adventure travellers, including one from India, lining up for experiencing the thrill of weightlessness in a suborbital mission.

The advent of commercial space transportation rakes up a host of regulatory issues. The current frameworks for the aviation and space industry do not adequately cover human space transportation by commercial entities. The regulators will have to get commercial players to establish safety for human passengers and clearly outline the risks involved. The industry is still in its learning period and there are diverse views on how stringent such regulations should be.

Interestingly, the idea of a reusable space launch vehicle in India was mooted by missile scientist APJ Abdul Kalam in the 1990s. He called it the hyperplane, and strongly advocated it during his presidency. He envisaged a hyperplane or a multi-purpose aerospace vehicle to operate like an aircraft, using regular runways. Such a vehicle could be extensively reusable and provide higher payload efficiency. Since it was to operate as an aircraft, the launch costs could be much lower. Kalam got the Defence Research and Development Organisation (DRDO) to work on the concept of a ‘single-stage-to-orbit’ launch vehicle powered by an air-breathing scramjet engine. The hyperplane, in Kalam’s vision, was also to be a mid-air missile launching platform. It was his dream project. To a great extent, the dream became a real project in the form of Reusable Launch Vehicle (RLV) of the Indian Space Research Organisation (ISRO). A few critical technologies relating to RLV have been tested on the ground and in flight, but its capability to land on the surface is yet to be tested.

Given the new policy to allow private sector entry into the space sector in India, it may be worthwhile for the government and ISRO to prioritise the RLV programme for private participation. Developing a working reusable aerospace vehicle in a short time requires huge investment and testing of several critical technologies. Private investors should be interested in this, because of the future commercial use of such a vehicle for placing satellites in orbit as well as for space tourism.

A vibrant space ecosystem is taking shape in India, but investors with deep pockets have been cautious so far. It is time for Indians who are in the same billionaire league as Branson and Bezos to take the plunge in the space sector. The risk may be worth taking.