Whispers in Chinese society against increasing govt controls are getting louder 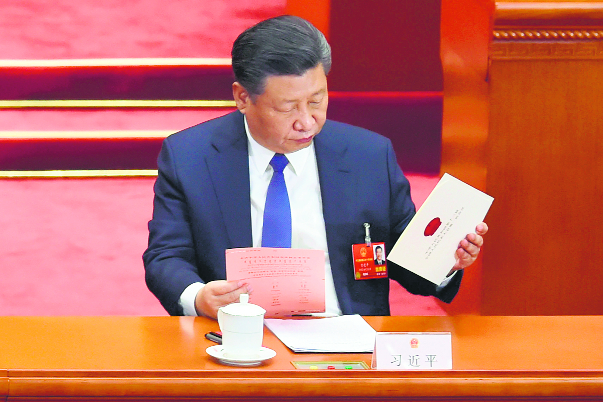 Heat is on: Xi Jinping’s authority remains intact, but the challenges have the potential to escalate or be exploited by his opponents. 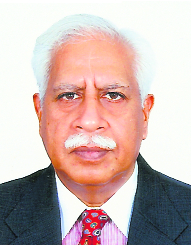 Popular dissatisfaction inside China with President Xi Jinping is visibly simmering. The economic slowdown, unemployment and rising cost of living have contributed to the discontent. Accentuated by the US-China trade war, the slowdown has now begun to impact other areas, including the strategic geo-economic Belt and Road Initiative (BRI) which has seen a drop in investments, and China’s defence buildup, with discussions underway in the military establishment as to whether, for example, the rapid pace of shipbuilding should be slowed. The rising prices of pork could spike negative sentiments, as a huge number of people travel to their hometowns and villages to meet relatives during the Chinese New Year holidays.

The assertive foreign policy adopted by Xi Jinping has added to the problems. The overwhelming election victory on January 11 of the independence-leaning Democratic Progressive Party (DPP) in Taiwan, in spite of Beijing’s efforts, makes the ‘reunification’ of China a more distant possibility. Meanwhile, far from showing signs of abating, the situation in Hong Kong, after nine months, exhibits deepening popular support, with 1.3 million people joining the protests last week-end in a challenge to the legitimacy of the Chinese Communist Party (CCP). Xi Jinping certainly faces troubled times in the upcoming ‘Year of the Rat’ that begins on January 25.

Dissatisfaction is also spreading within China’s academic circles. Reputed professors, whose criticisms resonate through society, have at considerable personal risk, begun publicly questioning the imposition of increasingly restrictive ideological controls. Since October, the authorities have mobilised ‘student spies’ to report on ‘radical’ political views, including of teachers. Several professors and schoolteachers have been dismissed or disciplined for voicing opinions not in conformity with the party line. Reports say Liang Xin, a teacher at a top secondary school, was last year demoted to school janitor following a report by a student. In April, a maths teacher at the Beijing University of Civil Engineering and Architecture was penalised after being accused on social media of comparing her students unfavourably to hard-working Japanese students. Two months later, a teacher at a Beijing secondary school was dismissed for discussing the Tiananmen Square crackdown. In December, professor Zhao Siyuan, Deputy Dean of the Arts School at Communication University of Zhejiang, was ‘severely warned’ for using ‘inappropriate terms’ while addressing new students.

On October 31, a Tsinghua University professor, Lao Dongyan, emulated another reputed academic, and risking certain punitive action, posted a sharply worded, 2,900-character article on her public Wechat account, expressing worries about facial recognition technology. The article was a protest against the growing controls. Prof Lao Dongyan was, incidentally, one of nearly 300 faculty and students at Tsinghua who signed a letter in support of Tsinghua professor, Xu Zhangrun, suspended in July for criticising the CCP and warning against the return to totalitarianism. Arguing against the use of facial recognition in Beijing Subway, and forcing people to undergo face recognition inspections at airports and hotels, Professor Dongyan asked whether in a few years, genes or fingerprint recognition would be implemented. She recommended that the National People’s Congress standing committee review the basic legitimacy of the Beijing Metro’s use of face recognition for checks and consider initiating corresponding legislation.

In an unrelated but similar case, students at Shanghai’s prestigious Fudan University protested that ‘freedom of thought’ was removed as a core value from its charter. It was replaced by references in the charters of Fudan and two other universities to strengthen CCP’s leadership. On December 18, students gathered at the university to sing the school’s anthem, which mentions ‘independent thinking’. By afternoon, a hashtag discussing the charter changes had been viewed over 1.7 million times on Weibo, before being censored. Lu Xiaoping, vice-president of the Literature School at Nanjing University, whose charter was also rewritten, posted a comment on Weibo on December 18, saying, ‘If we do not speak out today about such a blatant challenge to the bottom line of education and academic ethics, I am afraid we will never have the chance!’ The post was quickly deleted.

A BBC Chinese language report on December 6 reflected the dissatisfaction with State surveillance. It disclosed that a research centre affiliated with the Guangzhou-based official Southern Metropolis Daily had conducted a survey on facial recognition. Among the respondents, 57% were worried that their personal whereabouts were recorded, while nearly 50% were worried that criminals may use fake information to perpetrate fraud or theft. Nearly 84% wanted operators of the facial recognition system to provide them with a channel to view or delete facial data. The survey, however, also showed that about 60-70% respondents believed that facial recognition made public places safer.

There are other, more discreet, indicators of internal discontent, like the ‘leaked’ reports of wealth allegedly illegally accumulated abroad by Chinese leaders. The leak, of more than 400 pages of ‘internal’ Chinese documents regarding detention of the Uyghur minority in heavily guarded camps in the Xinjiang-Uyghur Autonomous Region to the New York Times, is another example.

The growing dissatisfaction may have weakened Xi Jinping’s position, but does not yet seem to have undermined his authority. These challenges do, however, have the potential to escalate or be exploited by Xi Jinping’s opponents.