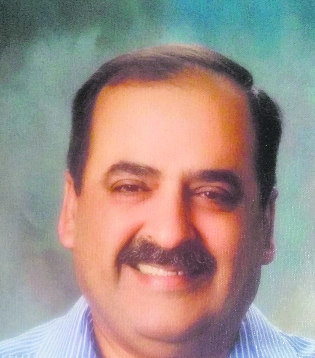 Allotment of regiments on commissioning is a factor of mainly chance. Only those in the top 20 get their choices or some with parental claim (father either CO or Subedar Major). The rest opt for a regiment someone close is serving in, or impressed by an instructor/uniform. Quite a few hearts are broken on the day the choice of arms is announced. Initial disappointment notwithstanding, the regiment and its troops grow on you. It does not take long to develop a pride in your regiment. Vintage and history, bravery awards, Chiefs produced, battle honours, the bragging list is endless. If asked to choose 30 years later, the answer will always be: ‘This regiment, none other!’

Each regiment has its ethos and way of functioning. Since the troops are of a specific class composition or from a specific area, their habits are also similar. Let me take you through my (Sikh) regiment. I will start with a tall claim. All Army officers have a secret desire — to have Sikh troops under their command. This is because of their special ability to achieve whatever task is allotted. No means, fair or foul, are a hindrance. There is a challenge too: they require firm handling.

Sikhs are large-hearted, earthy, fond of all good things in life and have both anger and humour in large measure. Deeply religious, he will recite the path daily. He is definitely not meticulous, nor cautious, but is brave to the point of being foolhardy. In Sri Lanka, once a regimental unit patrol found Prabhakaran’s parked car. Fearing it was booby-trapped, while the officer was radioing for a bomb disposal team, the NCO smashed the windshield and searched the car!

Cuss words are part of the vocabulary. The jawans are tremendously fit, lean and wiry when they join the unit. As they grow in service, there is a tendency to add girth; the present generation is much more health conscious though. But don’t let that flab fool you, he can still complete the mandatory runs in excellent time, climb the rope like a monkey and with a pack on his back, move up mountains with surprising agility.

In my regiment, there is a dangerous phrase — ‘mada jaya’ or ‘madi jayi’ (a little bit). Nothing is more ominous than hearing this phrase while taking the day’s report from your subordinate! It could be used to describe anything from a twisted ankle, to a fistfight, a soldier running away with a weapon, to a truck going down the gorge!

‘Saab, mada jaya eh ho gaya’ (sir, a little incident has happened)! Another word which deserves caution is ‘appan’ — we both! ‘Appan eddan kar lende han’ — let’s do it this way! Having involved you and thus assumed your approval, the subordinate may just drop a bomb across the LoC. And since he has taken you into confidence, the blame of the result rests with you!

Tadka is another regimental custom. No matter how well the langar dal is cooked, it has to be given a special tadka. Some of the troops’ habits can frustrate any CO. My best efforts to provide them with thaalis (with separate segments) came to naught as they would prefer eating out of a steel bowl, into which would go all (dal, subzi, dahi).

Reproductive number that denotes spread of Covid-19 is more ...