India has more than 30 Covid vaccine candidates at different stages of development. The mRNA vaccine candidate is considered safe as it is non-infectious and non-integrating. Monoclonal antibodies are the latest to join the armamentarium of the clinicians. These are laboratory-made proteins that mimic the immune system’s ability to fight off harmful antigens such as viruses. These are yet to be rejected. 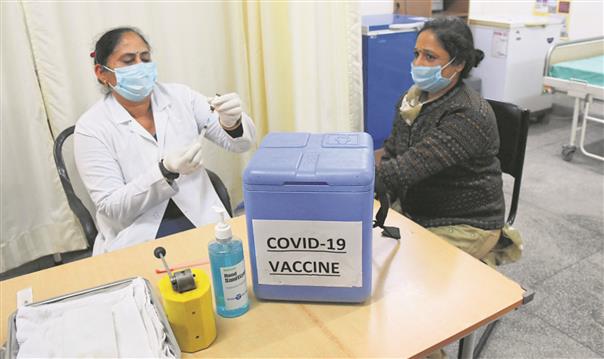 BIG CHALLENGE: Vaccinating a billion people with multiple doses against Covid-19 is going to be a daunting task in India. Tribune photo 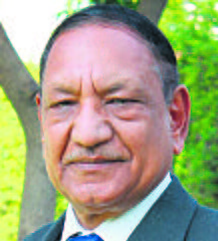 President, Society for Promotion of Ethical and Affordable Healthcare

If the bulk of the population is immunised against the coronavirus pathogen, it will not find hosts; hence, it will not spread through the community. However, some degree of skepticism exists since it is given to healthy people and reports of anaphylaxis deaths in a few cases and side effects and allergies in many cases have been pouring in.

A study has found that 94 per cent of formerly infected patients had diminished antibody levels within 90 days. Will the immunity caused after vaccination sustain longer? Will the vaccine be effective even against the mutated versions of the virus?

The main predictors of skepticism have been religiosity and political orientation, morality, and lack of data on Indian subjects after phase III trials. In India, the fear of causing sterilisation or assault on religious beliefs of some communities has been endemic.

The unprecedented speed of vaccine development has also generated a number of misconceptions that have fueled skepticism in the cases of Covishield and Covaxin, approved recently. It will be a big job to boost public confidence amid concerns and ongoing hesitancy about vaccines.

But as the coronavirus is dying its natural death, should one take the risk of mass vaccination? Shouldn’t we look before we leap and go slow? Will the old and sick, with limited capacity to bear the onslaught of the pathogen, be able to withstand the rigours of the vaccine?

However, some doctors aver that most people will not get anaphylaxis and the benefits in protecting people against Covid-19 outweigh the risks. “You can be confident that the vaccine has met the regulator’s robust standards of safety, quality and effectiveness,” says the UK’s medicine regulator.

India has more than 30 Covid vaccine candidates at different stages of development. The mRNA vaccine candidate — HGCO19 — developed by Pune-based Gennova, is considered safe as it is non-infectious, non-integrating in nature, and degraded by standard cellular mechanisms.

Monoclonal antibodies are the latest to join the armamentarium of the clinicians. These are laboratory-made proteins that mimic the immune system’s ability to fight off harmful antigens such as viruses. These are yet to be rejected.

In India, vaccinating a billion people with multiple doses against Covid is going to be a daunting and unprecedented challenge.

India is known to be the largest vaccine producer globally and supplies more than 60 per cent of the vaccines to Unicef. In recent years, the Department of Biotechnology, Department of Science and Technology (DST), Council for Scientific and Industrial Research (CSIR), Indian Council of Medical Research (ICMR), and institutes such as the National Institute of Immunology, All India Institute of Cholera and other Enteric Diseases and All India Institute of Medical Sciences, have started playing crucial, complementary and collaborative role in vaccine research and providing the needful impetus to the indigenous vaccine. The regulator has given its nod to two indigenous vaccines Covaxin and Covashield.

Smallpox, measles and polio vaccines have been great success stories in the past. The last three years have brought many achievements for the Indian vaccine industry.

A new bivalent oral cholera vaccine, meningitis-A vaccine, and an indigenous Japanese encephalitis (JE) vaccine were developed by Indian manufacturers in collaboration with international partners and are now licensed in India. In 2009, a new bivalent (O1 and O139) killed whole cell oral cholera vaccine was licensed for a two-dose schedule in India. The vaccine available at a low price received WHO prequalification procurement by UN agencies. The highly effective meningitis-A vaccine, available at a very low cost, is one of the cheapest new vaccines available and used in nearly 100 million doses in the countries of the African meningitis belt

It was Edward Jenner who noticed that milkmaids who got cowpox never get smallpox. Thus, the idea of vaccination was born. In 1796, Jenner inoculated a child with the harmless version of the disease to stimulate an immune response. Despite repeated exposure, the child never fell ill. Vaccination saw a dawn. As smallpox vaccine became mandatory for British children in 1853, it provoked a backlash; many saw the policy as an infringement of individual liberties.

The World Health Organisation (WHO) declared the illness officially eradicated in 1989, thanks to a global vaccination campaign.

The early 20th century witnessed challenges in the expansion of smallpox vaccination, the typhoid vaccine trial in the Indian army personnel, and the setting up of vaccine institutes in almost all Indian states.

In the post-Independence period, the BCG vaccine laboratory and other national institutes were established; a number of private vaccine manufacturers came up, besides the continuation of smallpox eradication efforts, till the country became smallpox-free in 1977.

It was in 1885 that French scientist Louis Pasteur developed the rabies vaccine. It appeared successful when he gave it to a child bitten by a rabid dog. Vaccine skeptics, however, opposed Pasteur also. It was in the 1920s that vaccines against TB, diphtheria, tetanus and whooping cough were developed. A vaccine against typhoid was developed at the end of the 19th century.

The first vaccine campaign against the seasonal flu targeted US soldiers fighting in Europe in 1944-45, with a new shot developed each year. In the 1950s, when polio vaccination was a US government priority, Elvis Presley lent himself to the cause, getting the shot live on prime time.

In the 1970s, a campaign to inoculate Americans against swine flu started, but was given up when the pandemic failed to materialise and those vaccinated developed adverse effects; that fueled vaccine skepticism.

In 1998, a study published in the prestigious Lancet medical journal suggested a link between the MMR (measles, mumps and rubella) vaccine and autism, which was later falsified. In 2009, an H1N1 — or swine flu — outbreak set off alarm bells around the world. Although related to the infamous 1918 flu strain, the virus turned out to be far less consequential.

The development of vaccines against flu has seen tardy and partial success; hence the skepticism over the Covid-19 vaccines that needs to be addressed.