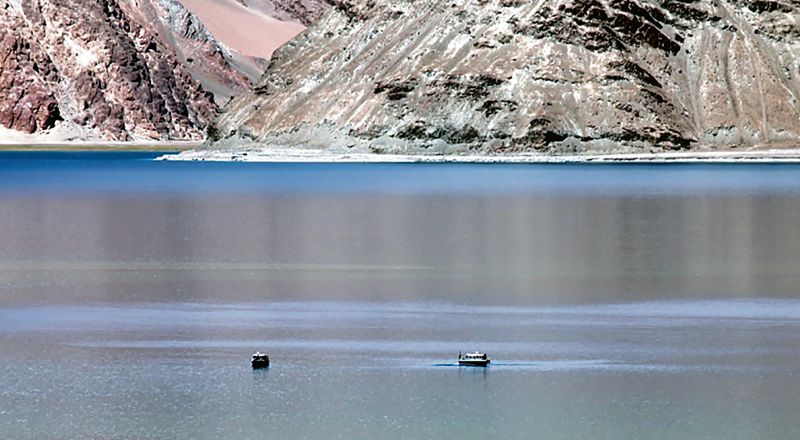 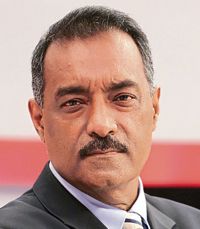 The latest reports of China building another bridge on the Pangong Tso to further facilitate its rapid deployment of troops across the 700-sq-km lake — that separates Indian and Chinese military deployment in south-eastern Ladakh — has a message that India cannot ignore. China is there to stay in the areas of Aksai Chin that it has occupied from the 1950s, and a territory that India also claims as its own. The history of these claims is complicated and there is no formally agreed demarcation line, unlike the McMahon Line, south of which lies Arunachal Pradesh and north of which lies Tibet. Thus, in an attempt to settle the differing claims — before the conflict of 1962 — Chou en-Lai, the first premier of modern-day China had offered a deal — that must have the approval of his leader, Mao Tse-tung — for a formal settlement.

It said that if India was to accept China’s control over Aksai Chin, in return China will accept India’s control over today’s Arunachal Pradesh. But this was rejected twice by India. Once by an arrogant Pandit Nehru, who felt India had nothing to give, but only to take! And then after Nehru’s demise by Indian diplomats in South Block, who felt that accepting the Chinese proposal would be disloyal to Nehru's legacy! In later years, Indian officials have repeatedly expressed hope that diplomacy will finally get back territories we’ve lost to China, a more realistic understanding of Beijing's territorial agenda will help us better prepare to deal with such military moves by China.

Whereas for China, Chairman Mao’s assertion that Tibet was the palm of a Chinese hand, and its five fingers — Ladakh, Nepal, Sikkim, Bhutan and what is now Arunachal Pradesh — all must someday become Chinese territories. So, can any Chinese leader abandon what is now an article of faith for the Chinese establishment? Or on a more realistic note, the question is: “what is so valuable about Aksai Chin, that China has refused to let go of it?” Well, for one, it has a very important road link for China (Highway G-219) that connects Kashgar in Xinjiang to Lhasa in Tibet. The two border regions to Western China are really their Achilles' heel, and both have been at the receiving end of much state- sponsored brutality. That apart, the Aksai Chin (in eastern Ladakh) is part of a grand strategic design of the Chinese to extend their reach north of the Galwan river — where they had a military standoff with India, two years in 2020 — to the Karakoram Pass, where China has built a major road link to the Shaksgam valley. This would allow the Chinese to cut short their arduous 1,500 kilometre plus road journey that they now have to undertake for physical access to the highly glaciated Shaksgam valley that lies west of the Siachen glacier.

Shaksgam valley which China occupied since 1963 — after Pakistan gave it to them to firm up the China-Pak nexus — is the world’s most glaciated region with 242 glaciers, falls in the territories of the erstwhile Jammu & Kashmir state that New Delhi claims belongs to India. In fact, that and a lot more of the northern areas that Pakistan occupies, are being used by China for the China-Pakistan Economic Corridor (CPEC) and to build several large dams as China is forever looking for more water resources as China needs an abundance of water to manufacture microchips. Melting of glaciers and storing waters of the Indus river system are thus part of China's strategic designs. These waters will help in the manufacture of silicon wafers, which require lots of water (10,000 litres for its 30 sq cm). In 2018, China imported over $230 billion worth of microchips from the US, Japan and Taiwan in 2018. Now it wants to make all this itself — through the fresh waters of the Indus system and by melting glaciers in the Shaksgam valley. China had in fact begun eying Kashmir's waters from the 1950s, and so it occupied Aksai Chin in 1954. The Chinese have in recent years, agreed to finance five major dams on the Indus river in PoK. These will provide the waters not just to produce electricity — more for China's Xinjiang, than for Pakistan's northern areas — but also to produce silicon wafers.

Today, those who assume that the Chinese will withdraw back to the accepted LAC (Line of Actual Control) must be prepared for the long haul. Or else, India could adopt a new and bolder approach. As China’s leaders cannot lose face, they’ll need to get a deal and announce gains, even as they make concessions to India. Therefore, the need to re-examine the 1959 proposals by Chou (now Zhou) en-Lai, Mao’s premier. It is ironic that when the MEA spokesman of the Modi government announces that India would not accept the Chinese claims, he is (perhaps unknowingly) echoing the line taken by Nehru and his administration, that Aksai Chin belongs to India, regardless of no clear boundary demarcation! Therefore, New Delhi’s diplomatic approach of going through the talks and the peace-making model needs to be reviewed. It’s about time we created a new mechanism to settle these boundary disputes, since the 22 rounds of Special Representative- level talks have led us nowhere. If not, then are we willing to have another Kargil-like conflict?