Need to raise standard of education in rural India : The Tribune India

Need to raise standard of education in rural India

Infrastructure in rural schools is far below the satisfactory level, with 82 per cent of the schools requiring renovation; books are often unavailable and teacher absenteeism tends to be high. A large number of teachers are unwilling to teach in rural areas and those who do are usually under-qualified. Improvement is only possible if more schools are established and the basic infrastructure of the existing ones is upgraded. 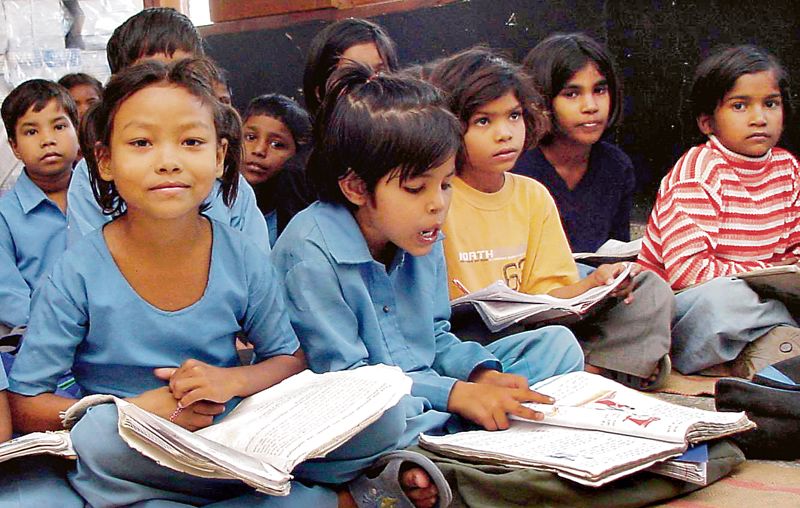 Covid impact: The ASER-2022 survey shows a severe decline in the reading ability and comprehension of the students. Tribune photo

THE 2022 Annual Status of Education Report (ASER) sheds light on learning outcomes in schools in rural districts of India. Conducted every year since 2005, this survey is a key source of information about children’s learning skills across the country. The current report, released after a gap of four years, records the impact of school closure on the studies of children during the Covid pandemic in 2020 and 2021.

A household-based, rather than school-based, survey, it includes children who have never been to school or have dropped out, as well as those who are in government schools or private ones. Around 7,00,000 children in the age group of 3 to 16 years, who are residents of these households, were surveyed across the country. In each rural district, 30 villages were sampled and in each village, 20 randomly selected households were surveyed. This process generated a total of 600 households per district, or about 3,00,000 households. Information on the schooling status was collected for all children living in sampled households who were in the required age group. Children in the age group of 5-16 years were tested to assess their basic reading and arithmetic skills.

Major findings of the report are not entirely negative, but they do underline the need to improve the standard of education in rural India. The national-level study shows that despite school closure during the pandemic, the overall enrolment figures, which have been above 95 per cent for the past 15 years for the age group of 6 to 14 years, increased from 97.2 per cent in 2018 to 98.4 per cent in 2022. Government schools have seen a sharp increase in children enrolled, from 65.6 per cent in 2018 to 72.9 per cent in 2022, reversing the trend of a steady decrease in student enrolment seen since 2006, when it was 73.4 per cent. The report also suggests that despite wide variations in how children accessed technology during the pandemic years, most schools, even those in rural areas, ‘attempted to keep learning going with digital resources.’Some of the parents followed suit. This needs to be encouraged hugely.

The report also lays to rest apprehensions about the pandemic forcing families to withdraw girls from schools and push them into early marriage. It finds that the percentage of girls in the age group of 11 to 14 years, who were out of school, declined to 2 per cent from 4.1 per cent. The decrease in the proportion of girls not enrolled in school is even sharper among older girls in the age group of 15 to 16 years, which stood at 7.9 per cent in 2022 as compared with 13.5 per cent in 2018.

However, the report shows a severe decline in reading ability and comprehension of the students. The percentage of Class III students in government or private schools who could read a Class II book fell by nearly 7 per cent from 27.3 per cent in 2018 to 20.5 per cent in 2022. This decline is visible in every state, and for children in both government and private schools.

While families withdrew students from private schools to save money spent on tuition fees, they also invested in private tuition classes, which increased as the proportion of such students rose from 26.4 per cent in 2018 to 30.5 per cent in 2022 in both private and government schools. This may also be the reason why learning gaps are sharper in reading because students typically choose to study mathematics and science in tuition classes.

What is it that the ASER survey forces us to think without spelling it out in as many words? Directly, it deals with a lot of figures and facts, but indirectly, it compels us to critically analyse what exactly is wrong with our education system, particularly in rural India. With nearly 64.61 per cent of the population being rural, issues of quality and access remain areas of concern in the sphere of rural education. Children in rural areas remain deprived of quality education owing to factors such as lack of competent and committed teachers, shortage of textbooks or teaching-learning material, among other things.

Infrastructure in rural schools is far below the satisfactory level, with 82 per cent of the schools requiring renovation; books are often unavailable and teacher absenteeism tends to be high. A large number of teachers are unwilling to teach in rural areas and those that do are usually under-qualified. Improvement is only possible if more schools are established and the basic infrastructure of the existing ones is upgraded. Also, by bringing innovative teaching methods like in private urban-based schools and promoting computer literacy, things can definitely be bettered.

However, due to the shortage of resources and lack of political will, this system suffers from massive gaps, including high pupil-to-teacher ratio, shortage of infrastructure and poor level of teacher training. Since 80 per cent of all recognised schools at the elementary stage are run or supported by the government, making it the largest provider of education in rural India, it is for the government to enforce these remedies as soon as possible and make the required changes.

As schools have reopened, the situation requires urgent thought, attention and immediate action. Things can definitely be improved if the required steps are initiated immediately. The ASER survey has clearly set the alarm bells ringing. The solution lies in accepting it and rectifying the shortcomings in education.