Slums have come up not so much because of poverty and encroachment, but because of lack of affordable housing on the one hand and failed policies on the other. The Town and Country Planning Act of 1947 does not factor in urban poor, workmen and migrant labour. Even when state policies promoted slum development, it did too little and the resultant contrived scarcity created its own vicious cycle. 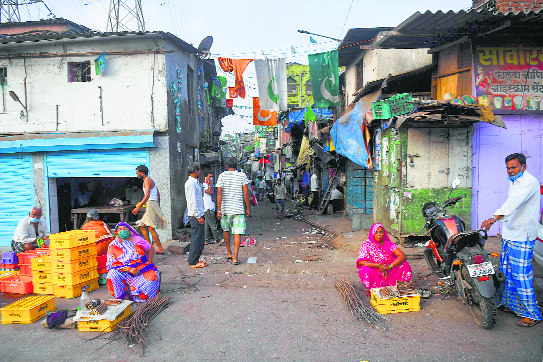 Urban underbelly: Over half of the Covid cases are traced to slums in 12 major cities. 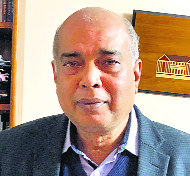 The impact of the Covid pandemic is disproportionately higher on the slum dwellers in urban India, both in terms of infection and death. It has exposed the underbelly of the urban India where slum dwellers are otherwise invisible, living in deplorable health and environmental conditions. The choice before the government is between waiting for the vaccine and go on as if nothing has happened or to recognise and act to mitigate the problem.

More than 50 per cent of the Covid cases are traced to slums in 12 major cities. Spearheading them are Mumbai, Ahmedabad and Delhi. Physical distance is a far cry in the slums and containment a huge challenge. Of more than 500 million urban population, nearly 35 per cent stays in the slums. In Mumbai alone, 56 per cent of the population, nearly 7 million people, stay in slums. Dharavi slum with close to a million residents and confined to 2.7 square km is a hotspot and where infection is raging on. In a 80-100 sq ft-sized room, 6-10 people live in shifts during the normal time and now are bundled in for days.

Slums have come up not so much because of poverty and encroachments alone, but because of lack of affordable housing on the one hand and failed policies on the other. The Town and Country Planning Act of 1947 does not factor in urban poor, workmen and migrant labour. Even when state policies promoted slum development, it did too little and the resultant contrived scarcity created its own vicious cycle. When the private sector was encouraged, unworkable density emerged, shoring up the sprawl. Against the average per square km population density of 2 lakh, it became 6.5 lakh and per hectare a population of 6,500 was pushed in. This mindless densification resulted in high rises without open spaces and amenities. There is evidence to show that lung diseases are spreading in the absence of air and light.

Markets have failed to solve the housing crisis in Mumbai and is likely to fail in most other cities with high premium land value. But the failed policies don’t get dumped in public policy. Houses are the places where the jobs go to sleep in the night. Hence, quality, quantity, affordability and inclusiveness are important. Affordability is a function of the cost of the house and transportation cost that ensues. While rent or EMI to annual income is one part, locational affordability — transportation cost— and livability are other important pieces. Government policy subsidising houses in the far-off places with long distance travel is another misguided policy under JNNURM. If the transit takes two hours extra everyday, either the worker is sleeping two hours less or compromising lost time somewhere.

Markets cannot solve this problem and the government will have to step in either directly or through better control, supervision and stewardship. It is time to rethink urban affordable housing for poor through a different prism. It is possible to rethink housing in terms of cost borne by the beneficiary with bank loan and interest rate subsidy. If land is not charged, for it being the costliest component, and the government bears the cost of basic amenities, this model is workable. The buyer gets a discounted price but the egregious effect of subsidy is obviated.

In terms of development, it cannot be open ended densification. In slum development, 50 per cent area can be kept as open area for the community. On the remaining area, 150 per cent of floor space can be built with the government keeping 50 per cent for rental area and of which some part can be sold/shared with the builder towards compensating for the mobilisation and supervision cost.

For all the new development of the private sector, the governments will have to remember that high land price and unavailability of land is the reason for slums to sprawl. The builder will have to agree to earmark 10 per cent of area for inclusive and affordable housing of a scale stipulated by the government. The area can either be given to the government to develop rental housing for the poor or the builder can build it with the government’s stipulation. An SPV (special purpose vehicle) can take care of the government remitting the monthly rent amount for the next 10 years. The government building some houses helps in establishing a comparator and rental price is defined upfront which needs to be indexed to inflation. The developer can be compensated by zoning incentives and relaxation of planning norms.

Rigid allocation through zoning and excessive norms for the building codes reduce supply of houses to the poor. Similarly, rent control leads to shortages in supply and discourages production. Economics tells us that when demand is inelastic, larger burden will fall on the buyer. Hence, there is a rationale for the state intervention. With 10 per cent production for the poor, some pressure will be there on the larger houses built for higher income groups. Since the developer cannot pass on the burden to the home buyer, over time, land price will fall or a modest decline in the developer’s profit will take place. There is no conclusive evidence that inclusive housing diminishes the supply of houses and therefore, increases the price in a dual market. It may impose cost, but that will be offset by various incentives to the developer. This could be impact fee waiver, density bonuses, lower parking requirement, fast track permission and zoning concessions.

Change in the format of planning itself will deliver major portions of land for affordable housing for the poor which will be slum replacing. It is fair to ask the developer to compensate the economic impact that development creates and share a portion of the profit— importantly, inclusive housing works when the land value is very high. If it is ignored now, next time around, an infection may not be as benign and could take exponential toll. Now, since the barrier to reforms in the habitat policy is lowered, the social contract with the disenfranchised can be reconfigured, if both sagacity and solidarity are forthcoming.