Several issues need to be addressed to incentivise the enhanced demand and resultant higher production of millets in the country. The drudgery in the primary processing of millets has led to a decrease in their consumption. So, it is critical to fabricate machinery to improve the dehulling of millets without causing a loss of the nutritional content (the outer seed coat is inedible). 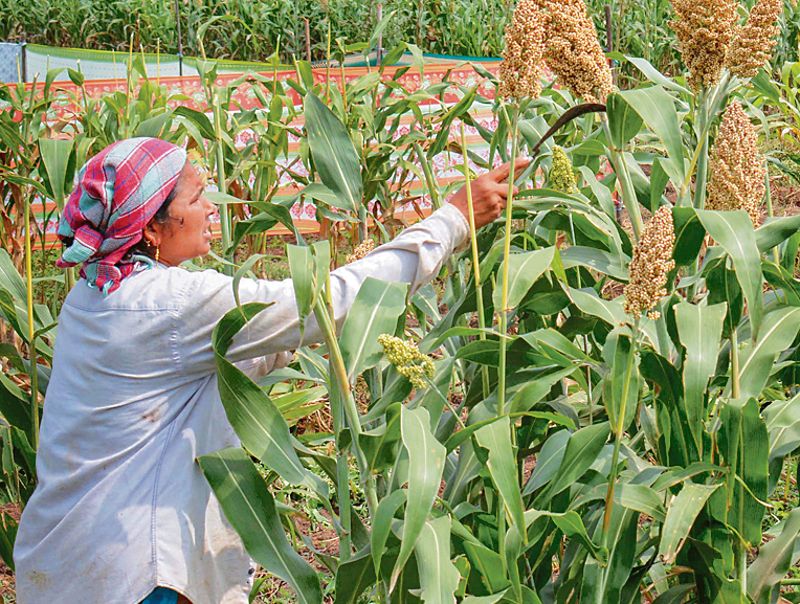 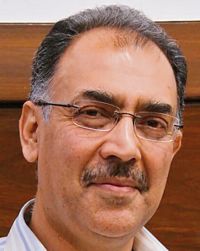 The United Nations General Assembly has declared 2023 as the ‘International Year of Millets’. India has the largest biodiversity of millets as well as millet products in the world. Therefore, the announcement in the 2022-23 Union Budget of giving support to post-harvest value addition, enhancing domestic consumption and branding of millets, nationally and internationally, is a step in the right direction.

Millets include three major (sorghum, pearl, finger) and six minor crops (barnyard, proso, foxtail, kodo, brown top and little). They are three to five times more nutritious than wheat and rice in terms of proteins, minerals and vitamins. They need very little water for production — just around 25 per cent of the rainfall regime demanded by crops such as sugarcane and banana. More importantly, they can be grown in vast dry land areas using farmyard manures, thus reducing the dependence on synthetic fertilisers, too.

Hence, millet farming has a significant role in tackling the challenges of climate change, environmental degradation and malnutrition.

Among the states, the maximum areas under millets are in Rajasthan, Gujarat, Uttar Pradesh, Haryana (pearl or bajra) and Rajasthan, Maharashtra, Karnataka (sorghum or jowar). Ragi (finger) forms a major part of the food basket in certain regions of Karnataka, Tamil Nadu, Telangana and Uttarakhand. Minor millet area is the maximum in Madhya Pradesh, Tamil Nadu and Uttarakhand.

Over the years, there has been a shift from the production of millets to other competing crops, such as soya bean, maize, cotton, sugarcane and sunflower. There, thus, is a need for a promotion impetus to millets through new high-yielding varieties and a package of practices, farm gate processing, price support and value addition.

Experts have highlighted several issues that need to be addressed to incentivise the enhanced demand and resultant higher production of millets in the country. They observe that the drudgery in the primary processing of millets has caused a significant decrease in their consumption in the country. Hence, it is critical to develop and fabricate machinery to improve the dehulling of millets without causing a loss of the nutritional content (the outer seed coat is inedible).

Second, for sourcing quality millets as well as their steady marketing by entrepreneurs, there is a dire need for linking small and marginal millet farmers to online marketing platforms, such as the Electronic Agricultural National Market (e-NAM). The setting up of farmer producer organisations (FPOs) can also enhance the millet producers’ bargaining power in both the domestic and global markets.

The Government of India, through the revamped National Food Security Mission Operational Guidelines (NFSM), has laid specific focus on 212 millet districts in 14 states to provide incentives to farmers for quality seed production/distribution, field-level demonstrations, trainings, primary processing clusters and research support. The launch of 67 value-added technologies at the ‘centres of excellence’ has been supplemented with the release of 77 high-yielding and 10 bio-fortified varieties.

The $14-billion Agricultural Infrastructure Fund (AIF) has pushed investments across states to support millet entrepreneurs, primary processing machines for dehulling millets and the formation of millet farmer collectives. The ‘One District One Product’ (ODOP) initiative — that lists agro-climatically suitable crops for which there is a niche demand — has identified 27 millet districts to focus upon. The promotion of 10,000 FPOs’ programme of $924 million, in addition, aims at the millet producers’ effective market participation as member shareholders in these entities.

The Dharmapuri District Minor Millets Farmer Producer Company (Tamil Nadu) is an example of one of the 100 FPOs that provides technical assistance to 1,000 farmer members, other than supplying seeds and machinery at subsidised costs. It is also involved in the procurement of the produce from the farmers at reasonable prices. More importantly, it is involved in the value addition of millets, such as cookies, flour, sprouted flour, rice etc in the brand name of ‘DMillets’.

On the other hand, the Dongria Kondhs are a traditional tribe living in the remote areas of the Niyamgiri hill range in southern Odisha. Their indigenous food consists of varieties of millets. An age-old seed collection system in the region, that intensively involves the local community, has reportedly rescued the hardy Kodo millet (a variety high in fibre and energy content) after its absence of nearly 40 years!

In this context, the Odisha Government’s five-year ‘Millet Mission’ is supplementing the input as well as marketing needs of indigenous small and marginal farmers like the Dongria Kondhs across the state to grow millets. In addition, Odisha-based non-profit organisations, such as Living Farms, are empowering them on issues of malnutrition and climate stress. Hence, there is a need to extensively promote nutritious and climate-resilient millets. Similar initiatives have been launched by the state governments of Karnataka, Maharashtra and Telangana.

The good practices of millets in India’s rural landscape range from indigenous food systems of tribal communities such as Dongria Kondhs in Odisha to the Dharmapuri millet FPOs’ market forays.

To win both the rural and urban consumers back to a healthy millet diet, we need to engage with multiple and varied stakeholders, like doctors, chefs and nutritionists across the country. We also need to learn from the last-mile experiences of approximately 200 millet start-ups that have been incubated in the last few years by young agri-entreprenuers. Women millet farmers in rain-fed areas have to be empowered through capacity-building and skills, too.

Our effort, therefore, has to be to strengthen millet farming policies and institutional interventions that are market-oriented yet inclusive.