A massive effort of rewriting Indian history from our traditional perspective was done between 1951 and 2003. This was by the doyen of cultural renaissance, the late Dr KM Munshi, who was also a noted litterateur, educationist, historian, freedom fighter and close associate of Patel. In 1938, Munshi founded the Bharatiya Vidya Bhavan, which has done much to spread awareness of our culture. 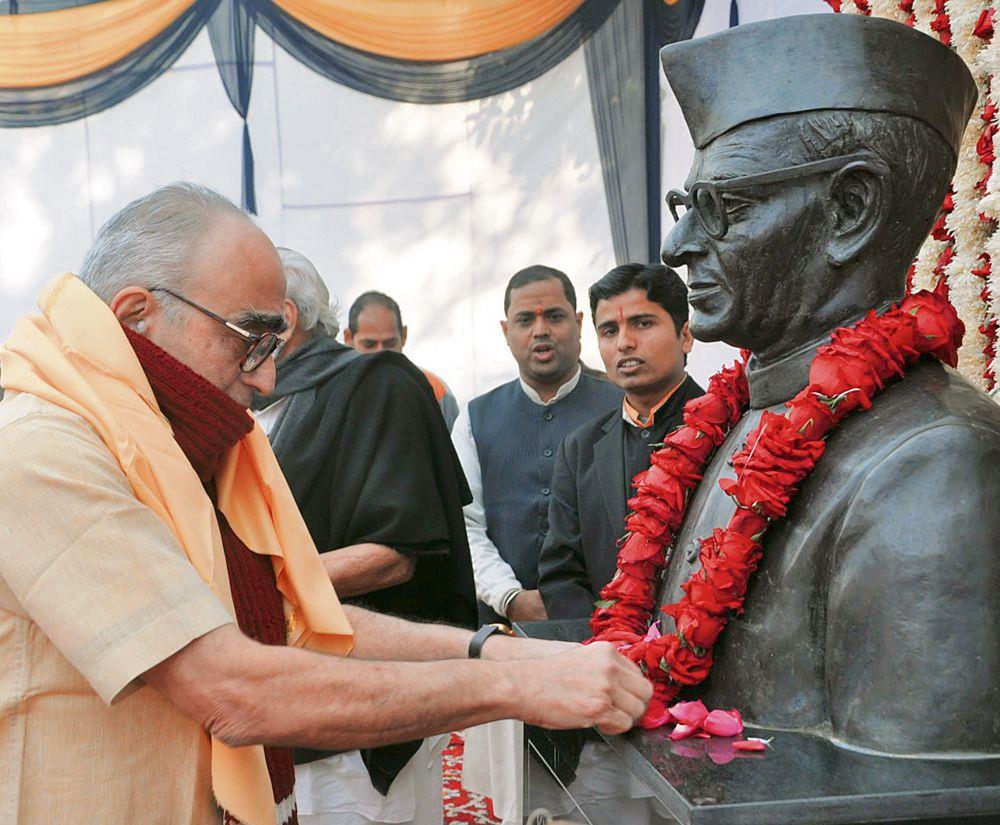 Credible archivist: Why is the govt ignoring the massive work done by Munshi and others? Facebook

On February 17, 2021, Prime Minister Narendra Modi said that the ‘injustice’ perpetrated by historians “against those who made history” was being corrected by the ‘new India’. The occasion was the Maharaj Suheldev memorial foundation stone-laying ceremony in Uttar Pradesh, which is going to the polls next month. He added that history is not just what was written by those “who enslaved the country” or who wrote it with the “mindset of slavery”.

Several RSS leaders, too, had called for ‘rewriting our history’ to free us from the distorted narration that is being taught in schools. They wanted our history to “study evolution of Indian culture from 12,000 years ago.”

On March 6, 2018 Reuters reported that a committee of scholars was “quietly appointed” by the government “to use evidence such as archaeological finds and DNA (tests) to prove that today’s Hindus are directly descended from the land’s first inhabitants many thousands of years ago and make the case that ancient Hindu scriptures are fact not myth.”

Reuters interviewed nine of the 12 members who confirmed that they were tasked with “matching archaeological and other evidence with ancient Indian scriptures or establishing that Indian civilisation is much older than is widely known.”

Lack of transparency on the composition and working of this committee gave rise to needless controversies. A report on October 18, 2020 said that 32 Members of Parliament had written to the President to disband the committee which “has no South Indians, Northeast Indians, minorities, Dalits, women and experts in languages other than Sanskrit.”

Confirmation on the committee came on September 14, 2020 when the then Culture Minister Prahlad Singh Patel said that an expert panel was set up for the “holistic study of origin and evolution of Indian culture since 12,000 years ago.” However, a reply to an RTI query on October 11, 2021 conveyed that the committee had not submitted any report to the ASI.

The present government and its theologians seem to be embarking on this Sisyphean task, being ignorant that a massive effort of re-writing Indian history from our traditional perspective was already done between 1951 and 2003. This was by the internationally acclaimed doyen of Indian cultural renaissance, the late Dr Kanhaiyalal Maneklal Munshi, who was also a noted litterateur, educationist, historian, freedom fighter and close associate of Sardar Vallabhbhai Patel.

In 1938, Munshi founded the Bharatiya Vidya Bhavan, which in the course of time, has done much more than government organs to spread awareness of our traditional culture at the grassroots level in India and abroad. Presently, the Bhavan has 119 centres in India, including 100 schools, seven foreign branches and 367 associated institutions.

Munshi set up the Bhavan for “the propagation of Bharatiya Vidya (education), which in essence is Dharma in its triple aspects of Satyam, Shivam, Sundaram (truth, goodness and beauty), as his closest colleague, the late S Ramakrishnan, would say. Munshi initiated the process by retelling Krishnavatara (Lord Krishna’s lives) in eight volumes. He set up a ‘Book University’, with the first book written by Bharat Ratna C Rajagopalachari, his peer, on the Mahabharata and the Ramayana.

Millions of Indian children have grown up reading these classics and Munshi’s fortnightly messages in Bhavan’s Journal since 1954. The journal is published even now.

In 1951, Munshi released ‘The Vedic Age’, the first part of Bhavan’s Book University’s 11-volume series ‘The History and Culture of the Indian People’. He said that although efforts to prepare this massive history-writing had started in 1938, it could assume concrete shape only in 1944 with generous help from GD Birla and the Shri Krishnarpan Charity Trust. The last volume was released in 2003, 32 years after Munshi’s death. Each volume is nearly 1,000 pages. Some of these volumes had gone for seven to eight reprints,

Munshi enlisted the services of renowned historian RC Majumdar, former Vice-Chancellor of Dacca University, as full-time editor to the series. Others who wrote chapters were famous archaeologist HD Sankalia and renowned Advaita scholar TMP Mahadevan, to mention a few.

Munshi felt that the central purpose of history is to investigate and unfold the values of the people which had inspired age after age their collective will. Also, “to be a history in the true sense of the word, the work must be the story of the people inhabiting a country.” He also explained the difficulties in this enormous endeavour.

For example, in the past, “Indians laid little store by history.” Munshi felt that the works of ancient Indian authors throwing light on history ‘were few’. At the same time, the Puranas and Kavyas had not “yielded up their chronological or historical wealth.” On the other hand, observations by foreign visitors like Megasthenes, Hiuen Tsang, Al-Masudi, Manucci and Bernier, although ‘superficial’, had “immense value in reconstructing the past”. Thus, he was of the firm opinion that we cannot ignore the foreigners’ writings.

At the same time, our history books did not explain how India resisted the Turkish, Afghan and Moghul incursions and how a “renaissance sprang up out of the impact of Indian with Persian and Turkish cultures.” In the same way, the British period read like an ‘unofficial report’ of their conquest and not how we resisted and suffered nor how we reacted to foreign influences or “of the values and organisations we created out of the impact with the West.”

Perhaps, one reason why our present government is ignoring this massive collection by such credible archivists is because of Munshi’s theory of cultural assimilation in his foreword to Volume 1 (‘The Vedic Age’). Also, while discussing the existing history on the Delhi Sultanate, he had said: “Gruesome stories of Muslim atrocities are narrated, but the harmony which was evolved in social and economic life between the two communities remains unnoticed.”