The new developments have strategic and economic implications for India 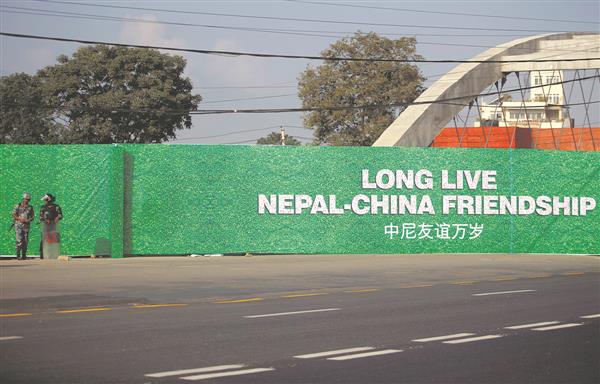 New shoots: Fresh signs have now emerged of the closeness of Nepal-China ties. 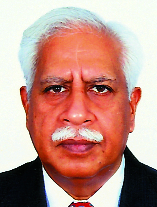 Geopolitical alignments around the globe are in the process of change, as are equations between countries. China is a major driver of this change. South Asia is no different, with India’s neighbours re-evaluating especially the economic benefits accruing from existing ties. On June 18, however, Nepal’s Prime Minister KP Oli crossed a line in India-Nepal relations that has for long assured both countries of an abiding friendship.

India needs to engage Nepal’s leadership to iron out any genuine issues, while  imultaneously clarifying unequivocally its ‘red lines’.

China’s support for Oli was visible over the fortnight between the last week of April and first week of May. At a time when the Nepalese PM’s political opponents had decided to oust him, Chinese ambassador Hou Yanqi canvassed her connections in Nepal’s political parties, and rather unusually, none other than Chinese President Xi Jinping is reported to have interceded with a 40-minute telephone conversation with Nepalese President Bidhya Devi Bhandari, and together they managed a fresh lease of life for Oli as PM.

To stabilise his position, Oli chose to raise the non-existent — yet perennially emotive — issue of territories claimed to be in India’s possession. In the process, he deliberately roused anti-India sentiment by proposing an amendment Bill to include some territories in Nepal’s official map and emblem. On May 20, Nepal published a new map that included Kalapani, Limpiyadhura and Lipulekh within its territory. Predictably, the Bill was passed by two-thirds majority in the House of Representatives, and unanimously, by the National Assembly on June 18. The President approved it the same day.

Nepal’s PM also chose not to discuss the matter with India prior to moving his proposal. Moreover, he raised it at a time when India is under pressure from the health emergency caused by Covid-19 that originated in Wuhan, capital of China’s Hubei province, and military pressure from China. The timing was probably in consultation with Beijing and intended to add pressure on India. In any event, it is certainly not what friends or friendly nations do.

Nepal was quick to establish posts along the India-Nepal border, and on June 3, Nepal’s army chief Gen Purna Chandra Thapa inspected a new post at Changru near Kalapani along with Shailendra Khanal, chief of the armed police force. Within days, reports surfaced that Nepal, for the first time in 70 years, had deployed a number of army personnel at these posts and built a helipad and tents on the border.

China has long had an interest in Nepal, primarily to secure Tibet against any attempt by Tibetans residing in Nepal and elsewhere to create instability. As its modernisation programme began to yield results, its ambition and interests grew. Contacts increased following Nepalese PM GP Koirala’s visit — the first by a Nepalese PM — to Tibet in 1993, but got visibly accelerated with the elevation of communist politician Prachanda as PM. Wang Hongwei, a retired Major Gen of the PLA and research fellow at the Chinese Academy of Social Sciences, cemented ties between the Chinese Communist Party (CCP) and Maoist cadres during his visit in 2006. The relationship quickly expanded to include defence assistance to Nepal, and by 2005, India was no longer the sole supplier of ammunition and military equipment to Nepal. Beijing increased financial assistance to Nepal and allowed duty-free access to 500 goods. Its telecom companies Huawei and ZTE, both closely tied to China’s security establishment, secured contracts for setting up mobile networks throughout Nepal.

Fresh signs have now emerged of the closeness of Nepal-China ties. On June 19, an unusual seminar was held at Lhasa in the presence of high-level officials from Beijing and Nepal to discuss ‘How to rule and govern a country’! Those attending included Song Tao, minister of the Chinese Communist Party (CCP) Central Committee’s powerful international department; Guo Yezhou, deputy minister of China’s ministry of foreign affairs; Ishowara Pokrel, Nepal’s minister of defence; Prachanda, former PM of Nepal; Wu Yingjie, party secretary of the Tibet Autonomous Region (TAR) and director of TAR foreign affairs committee; and Che Dalha, chairman of TAR People’s government.

Expressing China’s willingness to further enhance cooperation between the ruling parties of China and Nepal, Song Tao thanked the representatives of Nepal for their consistent support to Tibet and Hong Kong and added, ‘I hope Nepal will continue to understand and support China’s position, and assured CCP’s support in safeguarding Nepal’s national sovereignty and security’. Wu Yingjie emphasised that Nepal had always been a committed neighbour and maintained close communication with China on core issues related to Tibet, and did not allow any forces to use Nepalese territory to engage in anti-China activities. He specifically mentioned that Nepal had maintained the stability and tranquillity of the border area between China and Nepal.

These developments are disturbing. More so when viewed in the backdrop of plans to extend the Lhasa-Shigatse railway to Kathmandu and onwards to Lumbini, just across the border from India. A Chinese company has also been awarded the contract for building an airport at Lumbini. The plans have strategic and economic implications for India.

India has deep and longstanding ties with the Nepalese people and needs to engage Nepal’s leadership to iron out any genuine issues, while simultaneously clarifying unequivocally its ‘red lines’. It is important that this engagement includes Nepal’s mass organisations and urban and rural populations.