While extreme rain events are linked to climate change, every such episode of high rainfall need not end in urban flooding. Cities get flooded when there is not enough space for rainwater to flow into drains, rivers and other channels. 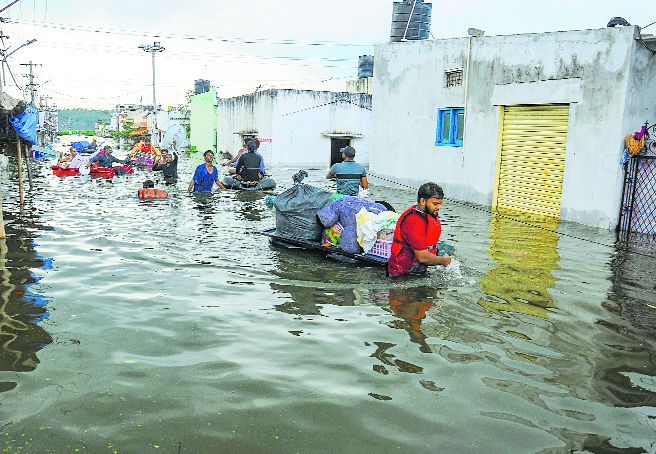 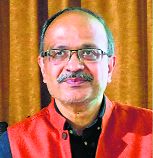 Just when the Covid-19 pandemic appears to be showing signs of slowing down in many parts of the country, some states are facing another challenge — floods. Disturbing scenes of streets submerged with gushing water, cars and motorcycles floating like toys, newly built highways washed away and houses falling like ninepins have been reported from Hyderabad in the past 10 days. The capital of Telangana has been battered with heavy rain in a short spell of time, a phenomenon that scientists and meteorologists call an extreme weather event. The rain and resultant flooding have left a trail of destruction and human misery.

It also raises important questions concerning urban development, conservation of water bodies, climate change, flood warning systems and policy response to climate change. Focusing on one aspect and leaving out the others could lead to a faulty understanding of the situation.

Since 2000, urban flooding has emerged as a national trend. Several cities have been getting flooded, crippling normal life and posting huge losses to the economy. The list includes Mumbai, Chennai, Srinagar, Jaipur, Baroda, Kochi and, now, Hyderabad.

In most of these cases, floods were a result of extreme rain events. And climate scientists have enough evidence that shows that extreme rain events are on the rise in India — their number in central India has tripled between 1950 and 2015. The region covers large swathes of landmass, extending from Gujarat to north Karnataka and south Kerala, and includes Chhattisgarh and Telangana.

These extreme rain events, according to studies led by Roxy Mathew Koll at the Indian Institute of Tropical Meteorology (IITM), are occurring not due to low pressure systems developing over the Bay of Bengal or local temperatures but due to transport of moisture from the Arabian Sea. The north Arabian Sea is warming due to transport of pollutants from land and this increased warmth is causing a surge of moisture supply, which, in turn, causes extreme rain events over the central Indian belt. This link between carbon emissions and warming seas, triggering changes in moisture transport, is now clear.

While extreme rain events are linked to climate change, every such episode of high rainfall need not end in urban flooding. Simply put, cities get flooded when there is not enough space for the rainwater to flow into drains, rivers and other channels.

When natural soaking mechanisms like lakes have been converted into built infrastructure, when new structures like roads, flyovers and buildings are disregarding natural drainage flows and when floodplains of rivers and rivulets are encroached upon legally or illegally, all such actions have no direct relation with climate science but have everything to do with faulty, shortsighted and politicised urban planning. The satellite imagery of major cities shows how rapidly land-use patterns in cities have changed in the past two to three decades and open, green spaces have shrunk. Hyderabad is no exception. By blindly attributing urban flooding to climate change, we mask wrong urban development policies.

The policy response to extreme rain events as well as urban flooding has been slow, despite mounting scientific evidence and possible solutions. Most politicians and policy-makers love to dub such episodes as ‘nature’s fury’ and are satisfied by announcing immediate relief and funds for rebuilding damaged structures.

For many Hyderabadis, these floods are a grim reminder of the 1908 floods in the Musi river, which flows through the city. The flood had affected almost two-thirds of the city’s population and razed to ground one-fourth of the built structures in the city.

The policy response mounted by Mir Mahbub Ali Khan, the sixth Nizam, was farsighted and has served the city well through most of the last century. Though the Nizam was a great believer in astrology and had even worshipped the river, as suggested by Hindus priests, he sided with scientific advice on long-term flood protection measures. Within weeks of the flood episode, the Nizam commissioned Mokshagundam Visvesvaraya, a leading engineering expert of British India and later to be Diwan of the Mysore state, to prepare the plan.

Visvesvaraya’s recommendations were three-fold — the construction of two large reservoirs for storing excess waters of the Musi and its branch Isi (Osman Sagar and Himayat Sagar); an underground drainage system and separate stormwater drains for the city; raising the embankments of the Musi (because most flooding was caused due to the northern bank being lower than the southern bank) and the construction of a riverfront with new boulevards along the river in the city.

Most of these works were implemented during the reign of Mir Osman Ali Khan, the seventh and last Nizam, earning him accolades for being a modern ruler. The city’s population, including the Residency and the Secunderabad cantonment, was about half a million, but Visvesvaraya planned for taking care of a future increase in the population up to one million. He even provided for the introduction of an electric tram service in future, as it was being rolled out in many large cities in British India.

Policy-makers and politicians in Hyderabad today are in a much better position than the Nizam was a century before. All knowledge needed to address the challenge resides in the city and expertise is just a click away. Climate scientists have shown the trend of rising extreme weather events, and other research groups are working on possible adaptation measures, like modeling drainage systems, urban flood forecasting systems, real-time flood-monitoring, stormwater management systems and the use of localised data for the prevention and management of floods. Satellite imagery, weather forecasts, ground information through sensors, all have to be used in an integrated manner. The revival and conservation of water bodies and an understanding of their inter-connectivity need to be given top priority.

State climate action plans have existed for over a decade, but mostly on paper due to lack of linkages within the administrative machinery. Now, it is time to prepare climate action programmes for individual cities so that a focused and coordinated action can be initiated.